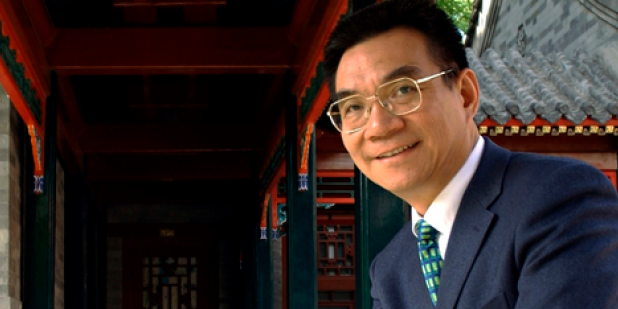 Beginning operation in 1946, the World Bank’s task is to reduce poverty by fostering sustainable economic development. The U.S. is the Bank’s largest shareholder, with about 16% of the total voting shares. Japan is the next largest with just under 8% of all shares. Until this year, the Bank’s two most prominent positions, president and chief economist, have been held by Americans and Europeans. In May, however, China’s Justin Yifu Lin becomes the Bank’s chief economist. Lin is a member of the U.S.-China Institute’s Board of Scholars. He will speak on “Development and Transition” at USC on Tuesday, April 8. RSVPs are encouraged for his talk. Click here for more information on Lin’s influential scholarship. Details on the talk are below. You are also urged to RSVP for the Herbert G. Klein Lecture on April 21. America’s current and longest-serving ambassador to China, Clark T. Randt, Jr. will speak.

Last week, USCI scholars and students just back from observing Taiwan’s presidential election were joined by scholars from UC Berkeley and National Tsinghua University in a symposium discussing the election’s results and implications. A summary of the symposium, along with the downloadable copies of the presentations, and links to press coverage is available at the USCI website: http://china.usc.edu. USCI’s February conference on the history of China’s foreign relations and their contemporary relevance was also well-attended and received. The workshop’s keynote presentation by George Washington University’s Harry Harding is now available via streaming video at: http://china.usc.edu/ShowArticle.aspx?articleID=970.
In recent days, the Chinese government has arranged for foreign journalists and diplomats to visit Tibet. Protests by monks during the journalist junket trumped the message the government sought to convey. And the battle to define the message is a hot one. US-China Today noted that Chinese state media has initiated an English-language website “Dalai clique’s separatist activities condemned” and at a Tuesday press conference a Chinese public security spokesperson said that “Tibetan independence forces” had systematically prepared to fight and that police searches of Lhasa monasteries uncovered significant caches of guns, explosives, and knives. According to an April 2 report, in 2007 “Tibet independence forces in the United States” pushed the “Dalai clique” to launch an uprising in 2008 when the upcoming Olympics would focus attention on China. Xinhua commentaries have targeted the Dalai Lama directly, mocking his claim of being a “simple monk.”
While the Dalai Lama has supported the Beijing Olympics, in recent days some human rights activists have called for world leaders to stay away from the Games which will open on August 8. German Chancellor Angela Merkel announced she would not attend. French President Nicolas Sarkozy has said he’s undecided on attending. U.S. President George Bush plans to attend, but House Speaker Nancy Pelosi (who opposes a general boycott of the Games) has asked that he reconsider.
The Chinese government has sought to downplay the debate over attendance now underway in some capitals. On Tuesday, Jiang Yu, a foreign ministry spokesperson said, "We should not suggest that by attending the Games foreign leaders are singing China's praises, nor that by not attending are they trying to isolate China…. In the past, some political leaders attended the event and some did not. It's a common occurrence. There's no need to hype it up,"
Carnegie’s China program director Minxin Pei, says “[President Bush] would look awkward by canceling his plans to go to the Olympics.... The White House has made the judgment that what China is doing on Tibet is not going to cost the administration politically – right now, political news in the US is dominated by two issues: the economy and the Democratic presidential race."
You can follow events in Tibet as well as broader developments in China and in the US-China relationship via the US-China Today daily update which offers summaries of and links to news stories and reports from organizations. Another useful reference collection is the documents section of the USCI resources page. Speeches, government reports, and treaties are among the materials available there.
Please share Talking Points with friends and colleagues. We welcome your comments and suggestions.
Best wishes,
The USC U.S.-China Institute
http://china.usc.edu

04/09/2008: The Internet Revolution in China
UC Berkeley, 150 University Hall
Cost: The series is open to the public for a fee of $10 per lecture, Campus community with a Cal ID, CAA members with a membership card, and OLLI members are free
Time: 6:00PM - 7:30PM
UC Berkeley's Xiao Qiang speaks as part of the lecture series on "The Emerging Narrative of China."

04/03/2008: 2008 AAS Annual Meeting
Hyatt Regency Atlanta
Cost: $80-$155
The Association for Asian Studies is the largest society of its kind, with approximately 7,000 members worldwide. It is a
scholarly, non-political, and non-profit professional association open to all persons interested in Asia.

03/06/2008 - 07/27/2008: Chinaman's Chance: Views of the Chinese American Experience
Pacific Asia Museum
46 North Los Robles Avenue, Pasadena , CA 91101
Cost: $7 for adults, $5 for students/seniors
While the experience of being of Chinese heritage and living in America is unique to each individual, this exhibition will investigate the similarities and dissimilarities of these experiences.