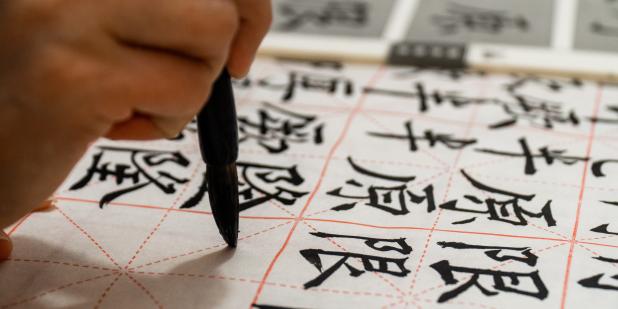 When we looked at this topic in 2009, the number of American college and university students in Chinese language courses was small (51,000) but was rising. It peaked in 2013 and actually declined 13% in 2016. That was the first drop since 1965. In part, the slip in college-level Chinese study followed an overall drop of 5% in enrollment in foreign language classes. The fall was particularly great (16%) at two-year institutions. Some of this decline may stem from worsening U.S.-China relations and the fading of the Obama administration's 100,000 Strong initiative to encourage Americans to study in China and to study Mandarin. The U.S. National Security Education Program language flagship programs, though, continue with the aim of preparing "global professionals." Of course, economic activity between the countries grew during the period and students from China were coming to the U.S. in ever increasing numbers.

There is good news, however, about Chinese language study at the precollegiate level. The most intensive programs, dual-language immersion ones (where students study not just the language but use the language in other subjects) increased from just 10 in 2009 to almost 200 by 2015. Chinese communities in the U.S. have long sponsored their own "Saturday schools" to help young people acquire and develop their Chinese language skills. By 2015, The Atlantic reported increasing numbers of non-Chinese heritage students were attending those classes.

This isn't news, but Americans lag far behind other developed nations in studying foreign languages. Just only 20% of K-12 students study any secondary langugage. On average 92% of students in European nations study English and other foreign languages. 23 states in the U.S. do not mandate that school districts offer two years of a foreign language, even though that's an admission requirement for many colleges. Some school administrators resist a language-teaching mandate because they worry about finding qualified instructors. In an increasingly interconnected world where economic and other opportunities favor those who have experience with other languages and cultures, too many students are being left behind. The charts below show that Chinese is the fourth most frequently studied language in U.S. schools, far behind Spanish (favored by 32 times more students) and French (studied by five times more students). Languages are challenging and time consuming subjects and language skills atrophy quickly without use. But wrestling with Chinese or other languages greatly expands one's capacity for understanding and empathy, essential skills that endure even if one never leaves the U.S.