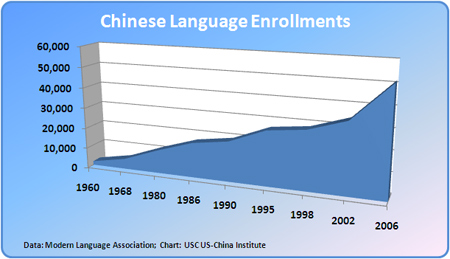 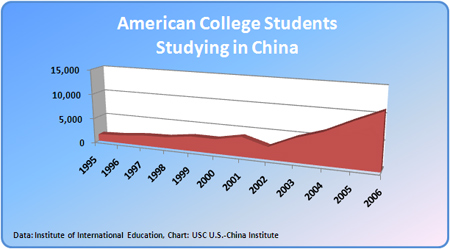 The increase in American college students heading to China has been steady, except for two years in the early part of this decade. First, the 9/11 attack in 2001 dampened all overseas enrollment and then the SARS outbreak in China, Hong Kong, and Taiwan caused many schools to close programs and bring students home.

Other articles on study abroad: