In 2013 an estimated 90 percent or more of North Korean trade was with Chinese partners. US-China Today spoke with John S. Park of the Harvard Kennedy School and MIT to learn more about the dynamics of Sino-North Korean trade. 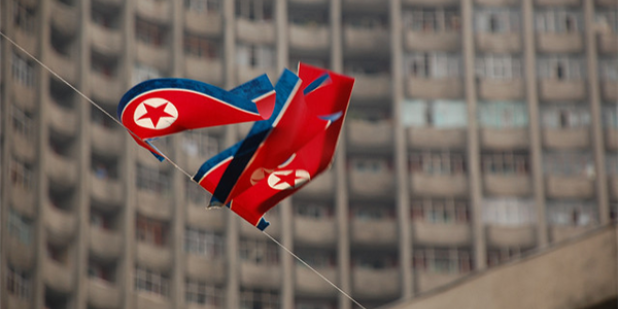 Originally published on US-China Today on 1/29/2016. Written by Erick Morales.

In 2013 an estimated 90 percent or more of North Korean trade was with Chinese partners. As a country that is restricted from trading with most countries by economic sanctions or the lack of formal diplomatic relations, North Korea is heavily dependent on China as a source of foreign currency and needed imports, such as food. China’s reasons for encouraging investment into North Korea vary, with experts pointing out China’s desire to prop up Kim Jong-Un’s regime to avoid a next-door humanitarian crisis, to promoting economic activity in China’s northeastern provinces of Jilin and Liaoning, and to maintaining its influential standing in Northeast Asia. But, on an individual basis, Chinese investors also go to North Korea to make money. US-China Today spoke with John S. Park, an adjunct lecturer at the Harvard Kennedy School and a research associate at MIT’s Belfer Center for Science and International Affairs, to learn more about the dynamics of Sino-North Korean trade.

Most people think of North Korea as a command economy under strict control from Pyongyang, however, there are reports that private business including in the real estate market and other sectors is emerging. Can you speak on this growing activity?

So, you are looking at a country that I think can be best characterized by a 1% and a 99% cleavage. Members of the 1% are very mobile—they do a lot of activities in China and Southeast Asia. Members of the 99% are doing more market-based types of activities, what is called bottom-up marketization. Overall, the North Korean state still issues guidance and does the central planning, but in reality, these two different groups are carrying out the types of activities that show two North Koreas, in many respects. The marketization, the top 1%, the top-down, the 99% bottom-up is an interesting lens that I think can provide interesting insights in how these trends are evolving.

What role do you think China has played in the development of this private industry?

For the 1%, the ability to engage in these high-end, high-value commercial activities depends in many respects on Chinese private middle-men, private companies that do the activities on behalf of North Korean companies. For the 99%, you are looking at individuals who have relationships or relatives on the Chinese side who are able to provide or arrange for cheap Chinese consumer goods, food, medicines, and so forth. So, in both instances, Chinese partners are crucial elements of the two market phenomenons in North Korea.

Well, it's not to say that all sanctions have been ineffective. It's more to say that in the situations where it comes to the activities where the sanctions against the elites have been effective, Chinese middlemen have played a critical role. With the broader activities of the elites, I think it's important to look at what’s happening inside of the Chinese national economy. So there is, I think, an element of commercialization where these North Korean entities are usually viewed as another foreign company or another foreign businessman doing business inside of China. There isn’t anything particularly pejorative about doing business with a North Korean counterpart. So, the normalcy with which these state trading companies are doing business inside of China give you a sense of how, number 1, it’s a recurring activity and it’s something that is having a strong impact in shoring up the stability in a commercial sense of the North Korean regime.

Most of North Korea’s trade is with China, but there are a few other countries in the mix. What is the extent of those relationships and does North Korea intend to increase trade with countries other than China?

[Given] the size of the Chinese national economy and the number of players inside of China, it’s only in a few specific instances that you see North Korean activity in Southeast Asia, other countries, and so forth. But, China and the Chinese national economy offer a lot of procurement and commercial activities that really are unique when you look at the phenomenon of sanctions. North Korea is very fortunate to be right next to this massive, growing economy. So, for North Korea, the unintended positive effects of that is that it makes commercial and procurement activities much more easier than before.

Were North Korea to increase with other countries, would this weaken the Chinese-North Korean relationship?

What do you think is China’s motivation for engaging in business relationships with North Korea?

First off, I think it is specific actors within China. So, when you look at it from North Korean partners in the private Chinese commercial space, a lot of them are located in the provinces close to North Korea. You see how the coal trade and other commercial activities can be pretty lucrative, especially when the commission fees are growing related to the perception that doing business with North Korean clients might be risky, but to monetize that risk, charging higher commission fees, I think is creating a type of interaction that for some of the private Chinese companies, it’s a nice business to have North Korean clients.

There is some speculation that Chinese investors actually receive certain benefits from Beijing in return for investing in North Korea. Do you know if there is any truth to that argument?

There may be instances of that, but with something like the North Korean coal trade, there are some very specific economic realities and economic benefits that I think show that the bigger trend line is one where you are seeing regularized commercial activities related to the coal trade between Chinese actors and North Korean state trading companies.

There are some stories of Chinese enterprises losing vast sums of capital in North Korea. How do Chinese investors perceive the business climate in North Korea?

There are some players that have had very negative experiences dealing with North Korean entities. Others have found a way to make these separate deals work. I think it’s just a function of there not being a uniform experience. There are those who have had terms of commercial agreements changed suddenly and the North Korean side not honoring certain parts of an agreement, but there’s also a list, from North Korean defectors who used to work in the state trading companies, a similar list as well: Chinese interlocutors who did not come through with what was agreed to and so forth. Exploitation goes both ways, but overall I think that the statistics of the trading coal and benefits show that some of the core relationships are working.

How does China interpret the future of North Korea’s economy and what future do you think North Korea sees with China in the coming decades?

The Chinese government’s concerns have long been rooted in the concerns about the economic stability: the economy, a lot of economic reforms not materializing. Some statistics indicate that less than 10 percent of North Korean roads are paved. The lack of countrywide transportation infrastructure, the lack of electricity, just a number of areas that concern that it is a very fragile economic situation and the prospects not being that bright. I think that has been one of the big drivers of China and the Chinese national authorities opening up economic opportunities on the Chinese side. And it’s almost in practice and imitation for the North Korean elites and their state trading companies to do more of their activities inside of the Chinese national economy. So this piggybacking type of phenomenon provides more immediate and direct benefits to the North Korean elites in a very streamlined fashion that than waiting for the economic reforms to come to fruition.