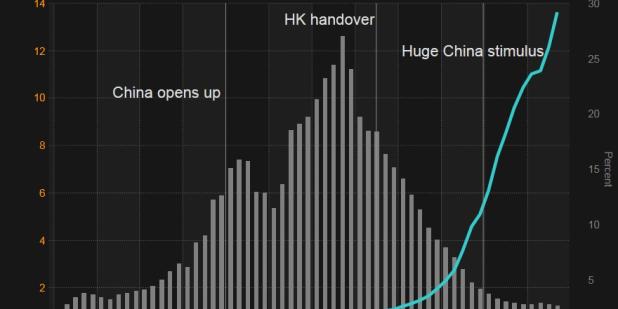 Before the British government returned control of Hong Kong to China, the U.S. adopted the U.S.-Hong Kong Policy Act of 1992. It spelled out how the U.S. would treat Hong Kong once it was under the Chinese flag on July 1, 1997. In providing Hong Kong and its citizens different treatment than the rest of China, U.S. lawmakers assumed that post-handover Hong Kong would “enjoy a high degree of autonomy on all matters other than defense and foreign affairs.” That assumption was based on promises the Chinese government made in its Joint Declaration with the United Kingdom in 1984 and in the Basic Law it enacted regarding Hong Kong in 1990. As many people in Hong Kong took to the streets to push for a greater say in who and how they are governed and Beijing seemed unwilling to permit that, in 2019 the U.S. government adopted a new measure calling for various departments to determine if Hong Kong was sufficiently different to merit unique treatment.

Last week, China’s National People’s Congress adopted new national security legislation for Hong Kong. China’s Ministry of Foreign Affairs told diplomats in Beijing the measure was necessary because “the opposition in Hong Kong have long colluded with external forces to carry out acts of secession, subversion, infiltration and destruction against the Chinese mainland.” Many in Hong Kong feel that the recent arrest of pro-democracy figures and this measure signal an intention to curb civil liberties. The measure was condemned by several countries. U.S. Pres. Trump directed his administration to begin to eliminate the special treatment accorded Hong Kong. The U.K. government announced plans to enable some in Hong Kong to get renewable visas to live there.

It remains to be seen how these laws and government reviews may affect the strong ties between the U.S. and Hong Kong. For decades, the city’s rule of law, low taxation, infrastructure and proximity to China made it a useful Asian base for U.S. businesses. Today, there are more than 1,300 U.S. firms and 85,000 American residents in the Special Administrative Region. U.S. total foreign direct investment in Hong Kong was US$83 billion in 2018. Hong Kong companies have invested US$17 billion in the U.S., helping to create over 25,000 jobs. As imports from the rest of China have grown, imports from Hong Kong have dropped to US$5 billion. At the same time, in part because Hong Kong is not subject to the same export controls as the rest of China and because incomes are higher in Hong Kong, U.S. exports to Hong Kong have grown from US$9 billion in 1992 to US$31 billion last year. California alone shipped US$8.4 billion goods to Hong Kong. Because of its distinct status, Hong Kong has its own membership in several international organizations including the World Trade Organization.

Hong Kong is more than just a finance and logistics capital. Many American institutions are connected to universities and schools there. Every year, over 7,500 students from Hong Kong come to the U.S. to study. Hong Kong is a partner in counterterrorism and anti-piracy efforts. While the U.S. Navy was denied permission to visit Hong Kong during the protests last August, Hong Kong port calls have a long history and are popular with American sailors. For 2020, the U.S. Congress earmarked over US$1.5 million for democracy programs in Hong Kong, precisely the sort of support Beijing highlights in making its case that unrest in Hong Kong arises from foreign meddling.

Some attribute Beijing’s tightening grip to a perceived need to respond to a youth-inspired more assertive civil society. Others say Beijing fears demands for government accountability could spill into the mainland. Many conclude that Beijing is more willing to act now, because Hong Kong has shrunk in its economic importance to China. In 1997, Hong Kong accounted for almost 20% of China's economy. Today its share of China’s GDP is just 3%. Even so, Hong Kong is seen by many as providing vital financial and legal services.

For three decades Hong Kong has been the only place within the People’s Republic of China where the violent suppression of peaceful demonstrations in Beijing and elsewhere in June 1989 are publicly remembered and the protestors honored. This year Hong Kong police banned the vigil, citing worries over covid-19. Still, some gathered in small groups to remember 1989, but also to show solidarity with protestors still detained in Hong Kong and with the calls for social justice in the wake of the killing of George Floyd in the U.S.