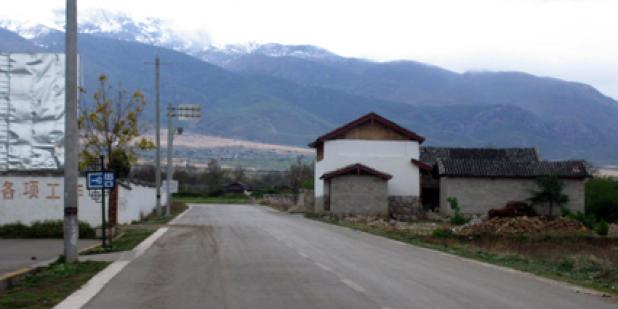 ON AN AVERAGE DAY in China last year some US $52,328,767 was spent building or improving 890 kilometers (557 miles) of rural roadways. This construction is linking heretofore isolated communities to the national road network and is improving existing linkages.

Connecting rural towns is vital for moving goods as well as increasing accessibility for aid and tourism. According to the International Food Policy and Research Institute’s (IFPRI) report titled Road Development, Economic Growth and Poverty Reduction in China, expansion in rural roads furthers poverty relief in providing short-term relief through construction jobs, and long-term relief through increased trade and others. According to the study, “every yuan invested in rural roads generated a 1.57 yuan increase in agricultural GDP, and a 5 yuan increase in non-agricultural GDP in rural areas.” (1 yuan is equal to about US $0.13.)

The study further shows that investments in low-quality and rural roads will generate “larger marginal returns” in overall economic growth, including agriculture and urbanization.

Weng Mengyong, China's Vice Minister of Communications, expects that by the end of 2010, all townships in China will be accessible by paved roads, linking a planned 7,530 townships and 89,970 administrative villages. Currently, 184 towns and 54,000 villages in China have no access to roads, most of scattered in western China. The Ministry of Communications vows to invest 24.8 billion yuan (US $3.1 billion) in rural road construction this year.

One of the biggest centers of attention is western China. Since the 1980s, large projects under the title of the “Western Development Strategy” have not only upgraded rural roads and irrigation systems, but also alleviated hunger through “food-for-work programs.”

It is widely acknowledged China confronts two growing imbalances. One between urban and rural communities and another between the eastern and western parts of the country. As the China Development Brief has reported, officials hope rural road construction and other programs will address these disparities, but  critics “have in the past noted that the concentration of investment in large projects tends mainly to foster urban growth and development, with little trickling down to poor, rural areas.”

Lawrence Gu is an intern at the USC U.S.-China Institute. Among his projects is an ongoing examination of the role of transportation in China's development.