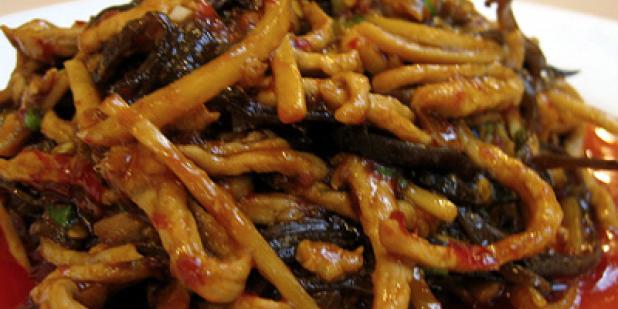 Meat consumption has risen dramatically in China over the past two decades. Just since 2003, pork consumption has risen 19% (Du). Pork's centrality to Chinese cooking is reflected in the fact that when people refer to meat, by default they mean pork. On a menu, dishes with pork simply say "meat." If the meat isn't pork, then an additional qualifier (cow - meat for beef, for example) is required.

U.S. Department of Agriculture, “Livestock and Poultry: World Markets & Trade,” April 2007: < http://www.fas.usda.gov/dlp/circular/2007/livestock_poultry_04-2007.pdf> accessed June 18, 2007.
Pou In Kuan is a Journalism student from Washington State University after which she intends to pursue a career in magazines or online media.