For a creature whose numbers are small and whose natural habitat is tiny, those lovable pandas have played key global roles in conservation, science and even diplomacy.
August 26, 2021
Print 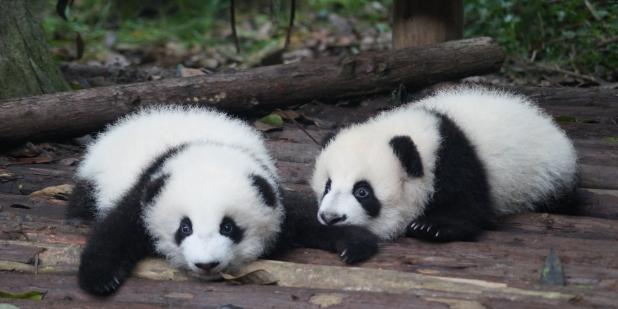 Giant pandas are laid back, but they create a stir whenever they show up where humans can see them. Their appeal is such that zoos outside China pay heavily to exhibit them and generate large revenues with them. Cute videos of them go viral and a panda birth outside China generates international headlines. How has an animal that devotes twelve hours a day to eating bamboo and most of the rest of the time to sleeping captured so many human hearts? We can’t really say, but if you said “ah” when you saw the picture above, you know they do.

Part of pandas’ appeal might be their rarity, but there are plenty of endangered and vulnerable species without their fan base. Their dramatic yet cuddly look, their often playful behavior and their vegetarian diet might be part of their appeal. Chi Chi, a popular London Zoo resident since 1958, caught the eye of leaders of the World Wildlife Fund who used her as the inspiration for their logo in 1961. With some tweaks, the WWF still uses the logo, though pandas are more secure today than they were fifty years ago.

Adult male pandas might weigh 250 pounds (113 kg) and adult females 220 pounds (100 kg). They eat 40 pounds of bamboo a day and live about 15-20 years in the wild. Today, pandas can only be found in small and remote mountain areas in Southwestern and South Central China, though they once roamed much more widely. The bamboo-rich habitat they require has been shrinking for centuries as China’s human population has grown. This and their relatively low reproduction rate put them at great risk for extinction. Females ovulate just once a year for 2-3 days. Their cubs are tiny and entirely helpless.

Because of the support of China’s government and the painstaking and successful efforts of Chinese and foreign scientists, pandas have rebounded a bit. Their available habitat has continued to shrink since 1980, but the areas now set aside as nature preserves are better protected and eco-tourism is providing new opportunities for local residents. An important side-benefit of these preserves is they are some of China’s most important reservoirs of biodiversity. There may be 1,800 pandas alive today, with over 500 in captivity. Now that the panda preserves and zoos are better able to facilitate panda reproduction, finding ways to help captive-born pandas learn to survive in the wild is a priority. 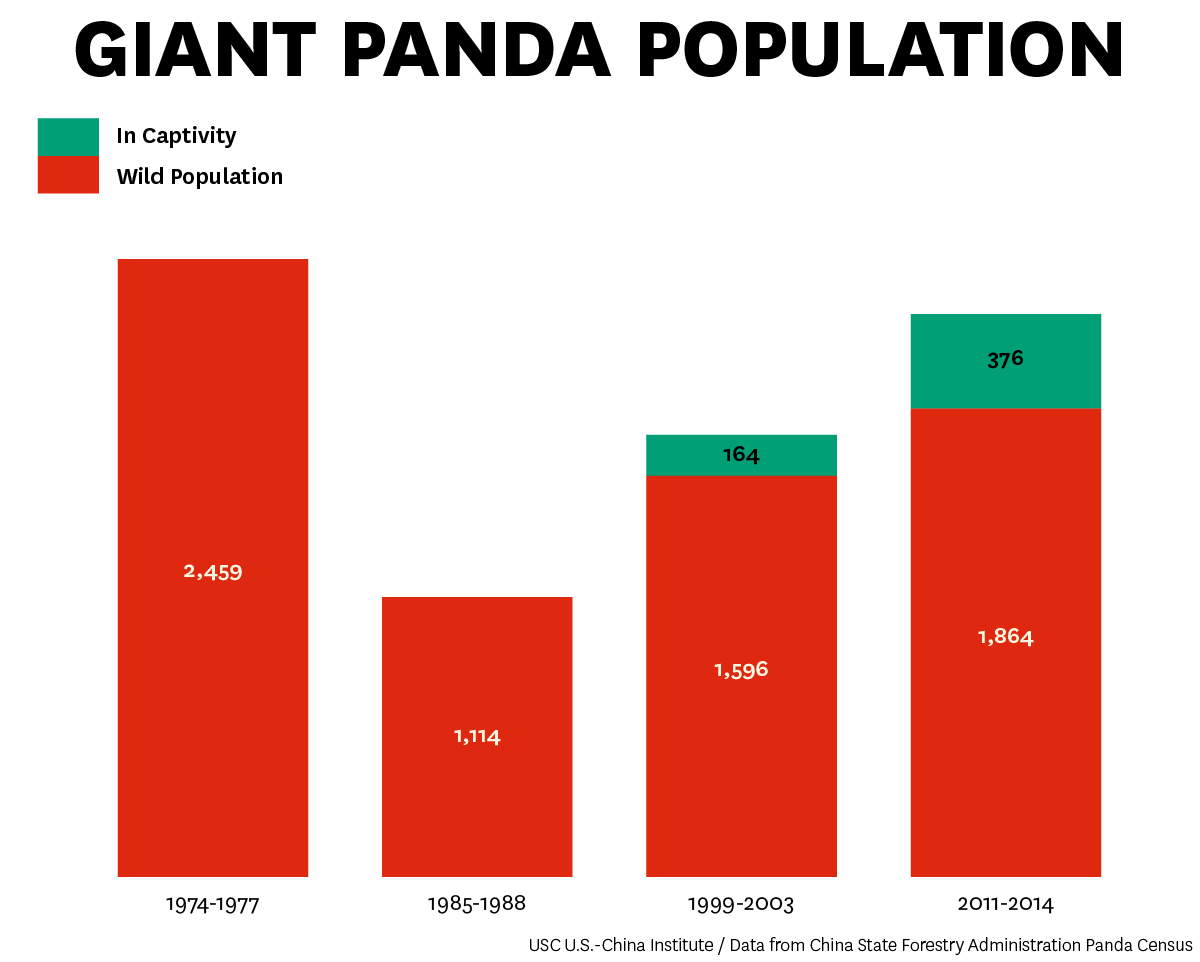 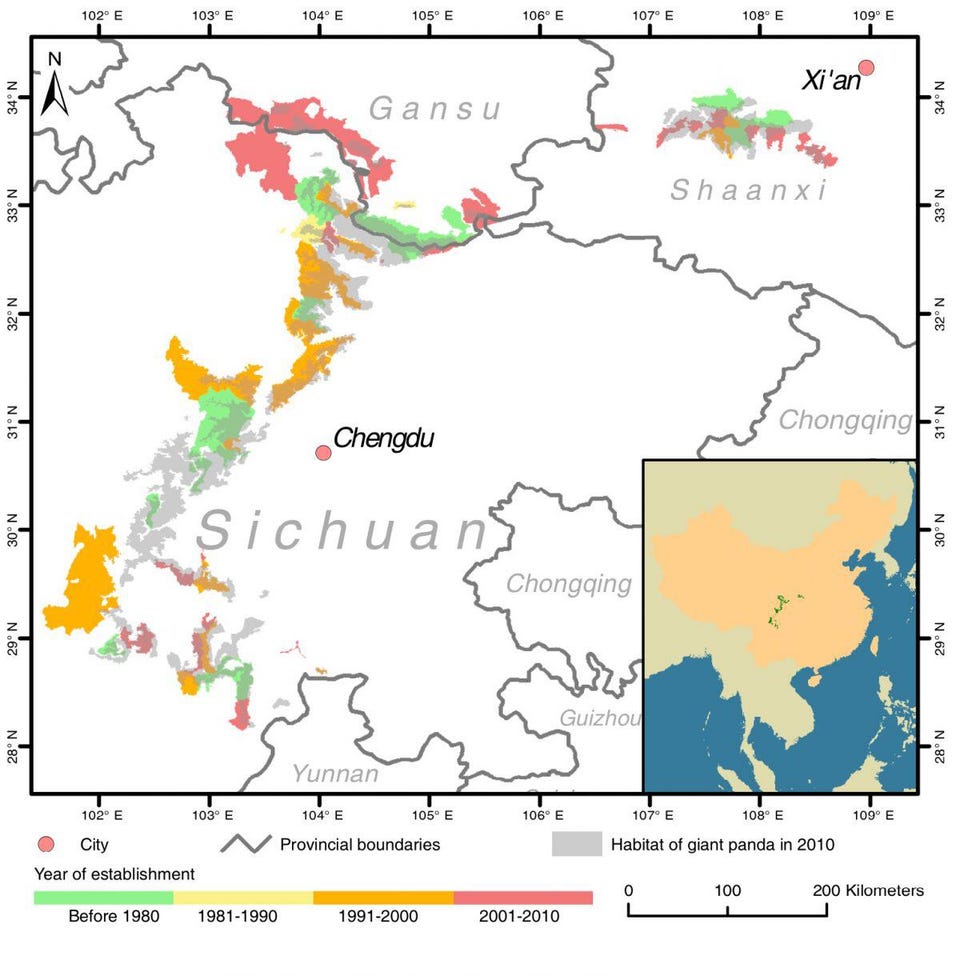 The first two pandas to be seen in the United States were stuffed. Theodore and Kermit Roosevelt, two sons of President Theodore Roosevelt (1858-1919) led an expedition to China in 1928 that yielded two panda specimens that Chicago’s Field Museum put on display. In 1936, two years after her husband died in Shanghai as he embarked on a journey to capture a panda, Ruth Harkness and Quentin Young succeeded in catching a panda cub. They named it Su Lin and eventually sold it to the Brookfield Zoo outside Chicago. In 1938, they brought back a second panda. The Republic of China sent pandas to its U.S. and British wartime allies in the 1940s.

Within a few years after the founding of the People’s Republic and the first exhibition of pandas in Chengdu and Beijing zoos, China’s leaders eventually found that pandas were the most popular gift they could extend to foreign countries. The Soviet Union and North Korea got the first gifts, but the 1972 arrival of Ling Ling and Xing Xing in Washington after the Nixon trip to China garnered far more attention. A few more pandas were given as “goodwill ambassadors” to other countries. After considerable lobbying by Mayor Tom Bradley, Beijing sent two pandas to the Los Angeles Zoo in time for the 1984 Olympics.

In part because the market would “bear” it and to fund further research and conservation efforts, in the 1980s China moved from giving pandas to countries and shifted to lending them, initially for short periods, but after 1990 for extended ones. Zoos paid fees (in San Diego’s case, starting in 1996, $1 million a year) and invested in specialized enclosures and often pledged to cooperate on panda breeding efforts. If they succeed, there’s an additional fee of $600,000 per cub. Pandas have a huge following and cubs are superstars. The last pandas, 27 year old Bai Yun and her 6 year old son Xiao Liwu, left the San Diego Zoo two years ago, but the archived “panda cam” footage still draws eyes worldwide. So many people wanted to watch the live stream of the birth of Xiao Qi Ji at the Smithsonian's National Zoo in Washington, D.C. that the site crashed The zoo’s now selling merchandise to mark the cub’s first birthday.

The maps and charts below show where China has and has not sent pandas. Political and economic relations are an important consideration and the ability of a zoo in the recipient country to meet the dietary and other needs of the animals are important considerations. In the case of Hong Kong, pandas arrived in 1999, two years after China’s flag replaced Britain’s in the region. Taiwan was offered pandas beginning in the 1980s and newly elected President Ma Ying-jeou accepted in 2008. It was widely seen as a sign of warming ties. The pair has produced two cubs. 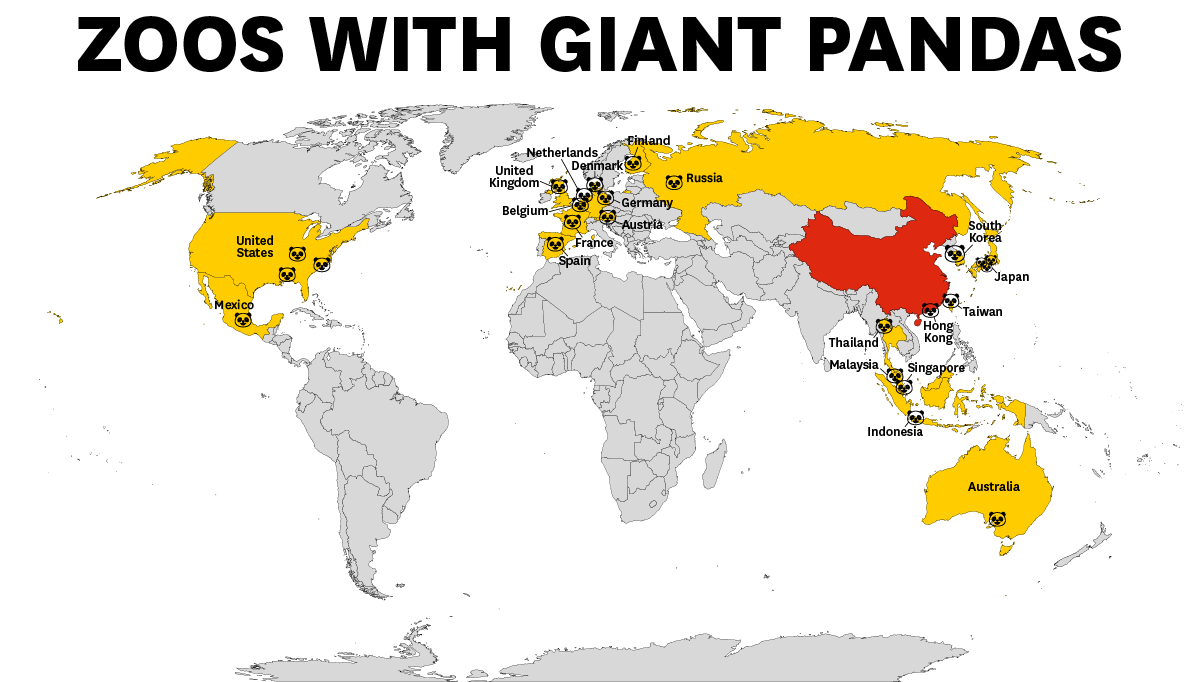 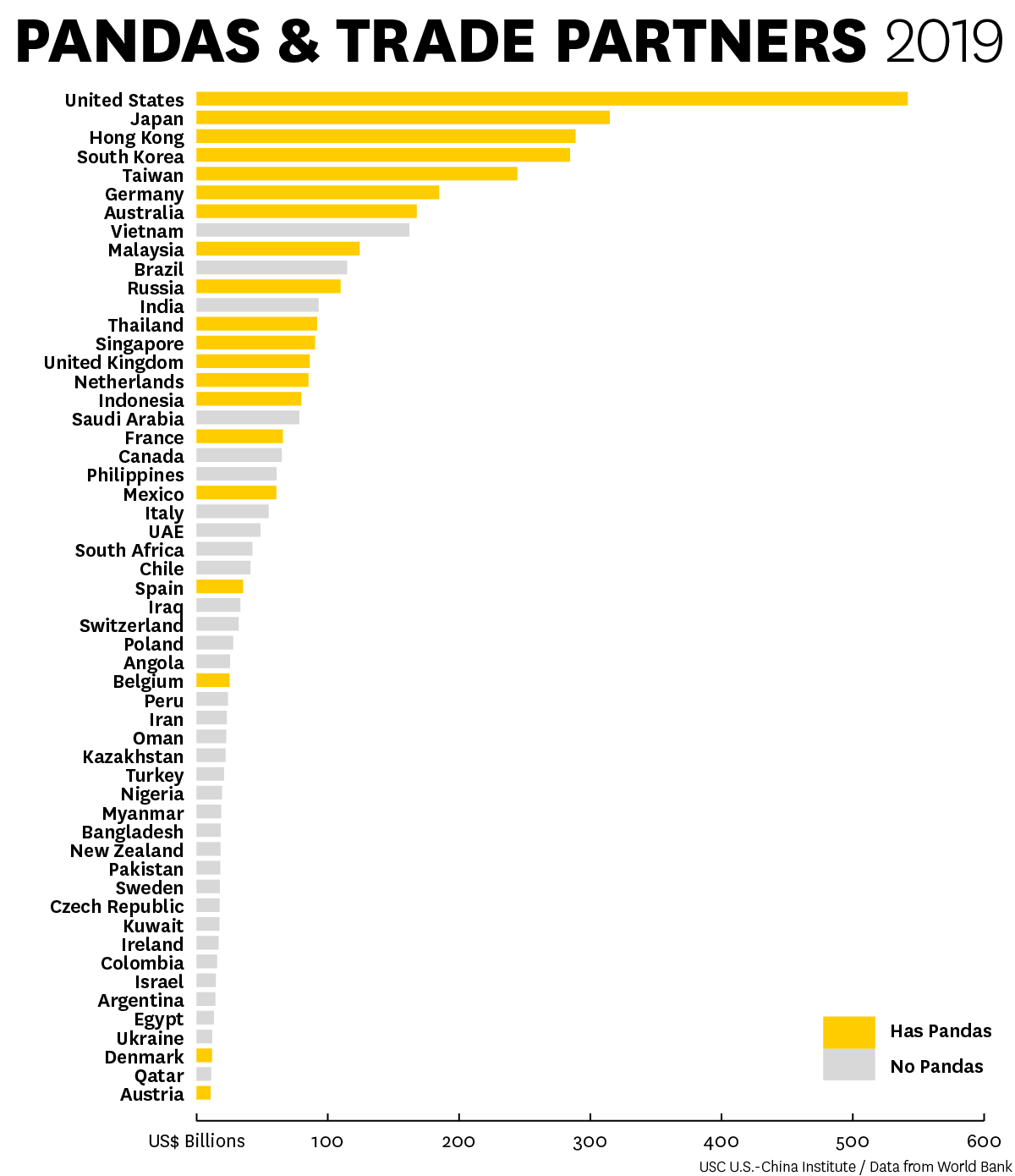 Historian E. Elena Songster has literally written the book, Panda Nation: The Construction and Conservation of China’s Modern Icon on the evolving place and roles of pandas in China. She spoke on August 26 about her book on how the panda’s transformation into a national treasure exemplifies China’s efforts to distinguish itself as a nation through government-directed science and popular nationalism.