We remember Michael Parks, who covered China for the Baltimore Sun and as the Bureau Chief for the Los Angeles Times.
January 10, 2022
Print 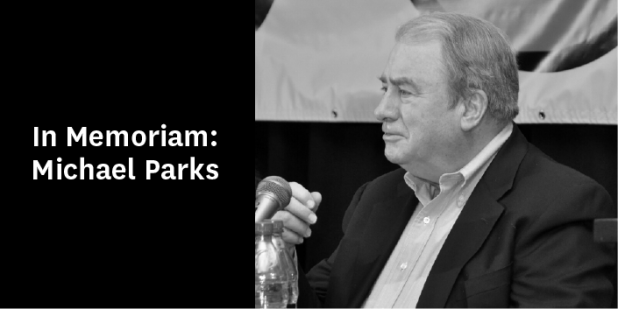 Michael Parks passed away on January 8, 2022 at the age of 78. He was a distinquished foreign correspondent and earned the Pulitzer Prize. He taught at USC for two decades and was director of the director of USC Annenberg's School of Journalism for seven years. Here we celebrate Parks and his work in Asia, including in China just as American journalists were first able to be based there.

“Michael was an extraordinary journalist, educator, leader, colleague and friend,” said Willow Bay, dean of USC Annenberg. “His remarkable life and career remain a testament to journalism not just being a job, but a calling. Michael shared his deep knowledge and experience with all of us, and we will be forever better because of it.”

“Unlike so many of his peers who assumed that the glory days of journalism were in the rearview mirror, Michael believed deeply that journalism had a bright future, and he saw it every day through the experience of his students,” Bay said. “He was personally invested in them as individuals — and, as a result, deeply invested in the future of the industry.” 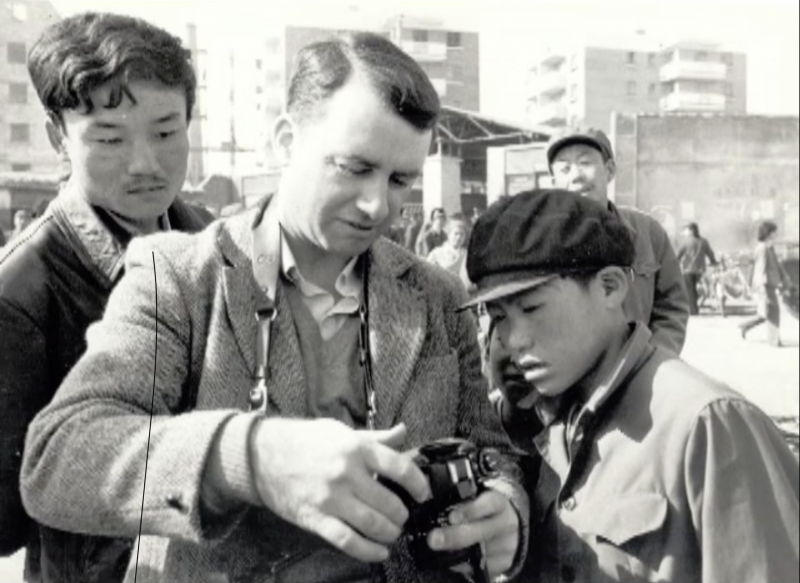 Parks started out with the Baltimore Sun in 1968 reporting on Maryland politics. He began his distinguished career as a foreign correspondent in 1970. The Sun sent him to cover the war in Vietnam. He was later dispatched to Moscow and Cairo. He returned to Asia in 1975 as the Sun's Hong Kong bureau chief. He covered the post-war exodus from Vietnam, tensions and a border war between Vietnam and China, the early post-Mao period in China and warming ties between China and the United States. He wrote extensively about China's modernization drive and the 1978-1979 criticism of Maoist policies and officials. In an April 1979 article, though, Parks detailed how China's leaders were then reining in such criticism. He wrote, "Reacting to the 'West is best' mania that seemed to be sweeping Peking, Shanghai and other cities, Chinese leaders are reminding the country that Western-style democracy is inferior to communism and that human rights is a 'bourgeois slogan' and capitalism is characterized by decadance, not progress." Over the next five years, first for the Sun and then for the Los Angeles Times, Parks reported from Beijing, writing extensively about the push-pull between the relaxation and reassertion of controls. He reported on the reassessment of Mao by the new leaders of the Communist Party. In October 1979, he wrote that it was a challenge to repudiate Mao without repudiating the party. It still is. A year later, Parks reported on the trial of Mao's widow and others labelled by the new leaders as "ultraleftists."

Parks discussed some of this work in two episodes of our Assignment: China series. In the "Opening Up" episode, Parks talked about the impact of Deng-era economic reforms on China's small towns and villages. In "The 1980s" episode, Parks explained that he tracked China's changing political winds in part by watching if Premier Zhao Ziyang was wearing a Western necktie.

In addition to covering Party politics and campaigns, Parks wrote about tensions with the Soviet Union over its invasion of Afghanistan, with the U.S. over arm sales to Taiwan. Many stories explored early American investment in a variety of industries and the growing Chinese market for American products. But he also looked at everyday life, documenting the struggle young Chinese engaged in to find a bit of privacy for romance. Parks worked to show a bit of China's great diversity. One series of articles looked at life in Xinjiang. Parks noted the evident military presence, but also the reopening of mosques and lively markets. Parks's own photos illustrated these stories and many others.

Parks also covered Los Angeles-China links. One of his many front page stories began, "What began three years ago as a lark for Dr. Jordan Phillips - a vacation in China...- has turned into one of the most effective people to people programs between the United States and China." Parks explained that Phillips, a specialist in gynecological laparoscopy subsequently made numerous trips to China, demonstrating the technology in hospitals in more than forty cities. Together with his wife, Phillips created a non-profit to ship medical books to China, brought other specialists to teach, and branched out to organize a series of performances by the 40-member California Chamber Symphony. Parks detailed the efforts of Los Angeles officials to forge ties with Beijing and one of his last stories from China reported on celebrations in Beijing to mark the gold medal success of the Chinese women's volleyball team at the 1984 Los Angeles Olympics.

From Beijing, Parks went to head the Times bureau in Johannesburg, South Africa. His reporting on opposition to apartheid and the white minority government's efforts to squelch them earned him the 1987 Pulitzer Prize for international affairs reporting. The Times subsequently sent Parks to head bureaus in Moscow (where he was part of the team covering the collapse of the Soviet Union that was a Pulitzer finalist) and Jerusalem. In 1995, Parks returned to the United States, eventually taking over as editor in chief of the Times in 1997.

Already known as a great mentor, Parks came to USC in 2000 and taught here until his retirement in 2020. As already noted by Dean Bay, Parks was a generous mentor. He was a long-time supporter of the U.S.-China Institute, regularly speaking at meetings we held with students and scholars from Chinese universities and coaching USC students interested in reporting abroad. In addition to serving as director of the Annenberg School of Journalism, Parks helped nurture a number of projects, including Alhambra Source, an online community news service in English, Chinese and Spanish, and specialized journalism programs on health and the arts. Parks set high standards as a journalist and educator and as a global citizen.