Investors in Chinese companies listed on U.S. stock exchanges have been on a roller coaster of late.
March 31, 2022
Print 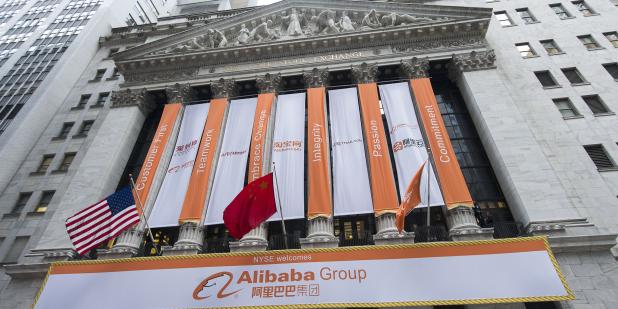 Investors in Chinese stocks listed on American exchanges have lived with more than the usual uncertainties for a year and a half. March has been particularly exciting. The NASDAQ Golden Dragon China Index tracks these companies. From 10,571 at the start of 2020, the index rose 94% by February 2021. Since then, it has dropped by 65%. This month alone it collapsed by a third before partially recovering as companies spent tens of billions of dollars to buy back shares. What is driving such fluctuations?

Much of the volatility stems from renewed worries about the impact of the pandemic and China’s zero covid mitigation measures (e.g., lockdowns, travel restrictions) on the country’s economy. Another factor is the potential economic fallout from the war in Ukraine. The U.S. has threatened to punish China if it helps Russia evade sanctions.

But another looming worry for these Chinese companies and their investors has been the possibility that some or all of the firms will be “delisted” from U.S. exchanges. In November 2020, then President Donald Trump issued an executive order mandating the delisting of companies associated with China’s military. China’s three telecommunications giants and one of its major oil firms were delisted. Earlier, the U.S. Department of Defense listed a number of companies said to be tied to the Chinese military. Last June, President Joe Biden ordered U.S. entities to not invest in dozens of companies alleged to have links to China’s military or surveillance programs. As a result, many firms on those lists were dropped from well-known indices maintained by MSCI, S&P Dow Jones and FTSE Russell and the funds that track them.

The White House and the Pentagon said they’d acted out of security and human rights concerns. But in December 2020, Congress passed the Holding Foreign Companies Accountable Act as a way of protecting U.S. investors and restricting Chinese firms’ access to U.S. capital markets. A year later, the Securities and Exchange Commission (SEC) finalized rules to implement the law. This month the SEC initiated investigations of several listed companies, including Yum China, the parent company of KFC in China, and biotech giant BeiGene, as a first step to ordering the firms to be delisted.

These pressures stem from the refusal of China’s government to permit the SEC and the Public Company Accounting Oversight Board (PCAOB) to examine the audits conducted by firms of U.S.-listed Chinese companies. This means those companies are not held to the same standards other listed companies must meet. The Chinese government argues that it cannot permit the U.S. government to investigate the work of Chinese citizens on Chinese soil. It further argues that some audits involve sensitive information and that allowing U.S. access to it could jeopardize Chinese security. The U.S. responds that its obligation is to the integrity of the market and that it must do what it can to ensure the validity of audits. These tensions have existed for a long time. Beijing University accounting professor Paul Gillis discussed them with us in 2013 (web | YouTube). He noted that most investors priced the increased risk into the shares of Chinese companies.

The charts below are about the more than $1 trillion invested in the more than 250 companies listed on U.S. exchanges. The first Chinese company to list on the New York Stock Exchange was Shandong Huaneng Power. In 1994 it raised $333 million with its New York Stock Exchange initial public offering (IPO). Twenty years later, Alibaba shattered the IPO record set by Facebook by bringing in more than $22 billion. Why do Chinese firms list in the U.S.? Three reasons are often given. 1) Capital costs less because of the large pool of potential investors. 2) Listing in the U.S. is prestigious because firms must meet certain minimum standards of size and accountability. 3) U.S. exchanges permit different classes of shares, allowing founders, for example, to maintain control over a company even if others “own” more of the company. Hong Kong’s exchange only began permitting this in 2018.

Chinese companies may be losing this option. The Chinese government has tightened data security laws, making it illegal to share information with foreign investigators. Beijing’s regulators have the attention of firms on this and other rules. In 2020, they blocked Alibaba from moving forward with an expected $34 billion IPO (in Hong Kong and Shanghai) for its Ant Financial Group. In 2021, ride hailing firm DiDi went ahead with a U.S. IPO, raising more than $4 billion. Regulators launched a data security investigation of the firm and blocked new downloads of the app. In December, DiDi announced that it was going to delist itself from the NYSE.

What about the Americans who own or who want to own shares in a company that may be delisted from U.S. exchanges? Those owning the largest firms will likely be able to exchange (for a fee) the American Depository Receipts they currently hold for Hong Kong-listed shares. Not all firms, though, are also listed in Hong Kong. Pinduoduo’s U.S. shares have a market value of $52 billion. The eCommerce firm is not listed in Hong Kong. Foreign institutions increased their investments in China-listed stocks in recent months. But not all Chinese companies can list in China. Regulators for those markets expect listed firms to be profitable (it took Amazon seven years to turn a profit) and don’t permit special classes of shares that privilege some owners over others (as exploited by the founders of companies such as Alphabet and Meta). Investors can also trade shares via over the counter markets, though the diminished liquidity usually yields lower prices. Luckin Coffee was delisted for accounting fraud in 2019. Its shares dropped to under a dollar on over the counter markets, but as of today, it’s trading at $9 a share. That is still a long ways from the $39 a share before the fraud was exposed.