Lying flat or waiting for a better deal?

The pandemic has young people (and not so young people) in China and the U.S. rethinking their career and life aims. With international labor day and China's youth day just around the corner, we look at trends in job seeking and wages.
April 28, 2022
Print 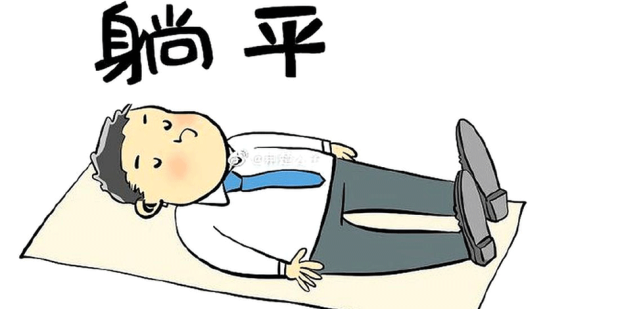 International Labor Day is May 1 and is a national holiday in China. May 4 is Youth Day, commemorating the 1919 student demonstrations, part of a movement which included calls for democratic reform and embrace of science. The 1919 demonstrations were triggered by opposition to the transfer of German concessions in China to Japan and to China’s government for failing to prevent it. China’s government now uses the day to focus on ideological education. Perhaps bumping up scheduling ahead of a possible Beijing lockdown, Xi Jinping visited Renmin University last week to hear about innovations in ideological education. The government released a policy statement on youth. The report’s preamble includes:

“Looking back on a century of relentless change, China's youth have never wavered in their determination to love the Party, the country and the people, nor in their commitment to the original aspiration of following the instructions and guidance of the Party.”

Last year at this time, some Chinese workers and particularly young ones, pushed back against campaigns to boost production through working harder and smarter. These drives are part of the effort to cope with the "new normal." China has to become more productive, in order to meet the needs and expectations of its people, despite a shrinking labor force. There had already been push back against the 996 culture of China’s tech sector (work from nine in the morning to nine in the evening six days a week). “Lying flat” 躺平 is still widely discussed, despite bans on some of the images which circulated. At the release of report mentioned above, the head of the Communist Youth League said that “lying flat” is just a joke. He Junke 贺军科 said that Chinese young people are optimistic, but do feel increasing pressure, joking just relieves that stress. Some argue many young people truly wish they could just lie flat. They note depression is widespread among Chinese youth (state media: 1 | 2).

Readers in the U.S. are well aware of how changes imposed by the pandemic prompted many to rethink their life and career priorities. That happened in China as well and, as in the U.S., it continues today. In the U.S., we’re experiencing the “great resignation” or “great realignment.” More than four million people quit their jobs in February.

Many USC students acknowledge that they feel great pressure to excel and find great jobs. Many, though, are also discovering great satisfaction through community engagement and service.

The official U.S. unemployment rate dropped in March to 3.6%, about the same as before the pandemic. The rate is higher for teens (10%), African Americans (6.2%) and Hispanics (4.2%). Nationwide, average hourly earnings have increased 6% over the past year. Of course, for many workers inflation has devoured their income boost.

In China, the official urban unemployment rate last month was 5.8%, but the rate for those between 16 and 24 in cities was 16%. The number of open positions in China has shrunk and nearly 11 million additional job seekers will graduate from colleges in June. Lockdowns in major centers have closed businesses and hampered supply chains. Beijing has promised to help.

Below we offer information about minimum wages in the U.S. and China. In the U.S., the variation reflects political alignments and the relative costs of living. In one-party China, the variation is more a function of different levels of development. In many places in both countries, minimum wages are not living wages.

Minimum hourly wage rates in the U.S. vary from the federal minimum of $7.25 to $16.10 in the District of Columbia. In California and in some other states, the rate varies with the size of the firm. In California, firms with 26 or more employees are required to pay $15 while those with fewer employees may pay $14. Some states have higher rates for some areas or for jobs that don't offer health benefits. Twenty states, including Texas (pop. 29.7 million) and Pennsylvania (12.8 million), only require the federal minimum of $7.25/hour. Within those states, some cities mandate higher minimum wages for municipal employees and those companies contracting with the city.

For China, there are monthly minimum wages depending on where the job is within a province or municipality. For example, in Shandong tier one cities including the capital of Jinan 济南, the monthly minimum is 2,100 yuan (US$330 on Jan. 1, 2022). In tier 2 cities such as Binzhou 滨州, it is 1,900 yuan ($299). For tier 3, including cities such as Dezhou 德州, the rate is 1,700 yuan ($267). Five jurisdictions, including the rich municipalities of Beijing, Shanghai and Tianjin and sparsely populated Tibet and Qinghai, have just one rate.

China also has minimum hourly rates for part time work. Those also vary depending on location. In Yunnan, the rate in the capital of Kunming 昆明 is 15 yuan/hour ($2.36). In some parts of the Kunming suburbs it's 14 yuan and elsewhere in the province it's 13 yuan. The highest minimum hourly wage is in Beijing (25.3 yuan, $4) and the lowest (13 yuan, $2) is in parts of Heilongjiang in the northeast and in most of Yunnan in the southwest.

Featured image: One of the many "lying flat" memes circulated in China via Sina Weibo and other platforms.