Lily Wong studies the mobility and mobilization of the sex worker figure through transpacific media networks, illuminating the intersectional politics of racial, sexual, and class structures. 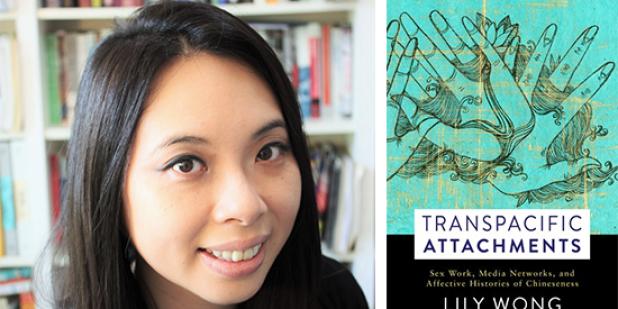 The figure of the Chinese sex worker—who provokes both disdain and desire—has become a trope for both Asian American sexuality and Asian modernity. Lingering in the cultural imagination, sex workers link sexual and cultural marginality, and their tales clarify the boundaries of citizenship, nationalism, and internationalism. In Transpacific Attachments, Lily Wong studies the mobility and mobilization of the sex worker figure through transpacific media networks, illuminating the intersectional politics of racial, sexual, and class structures.

Transpacific Attachments examines shifting depictions of Chinese sex workers in popular media—from literature to film to new media—that have circulated within the United States, China, and Sinophone communities from the early twentieth century to the present. Wong explores Asian American writers’ articulation of transnational belonging; early Hollywood’s depiction of Chinese women as parasitic prostitutes and Chinese cinema’s reframing the figure as a call for reform; Cold War–era use of prostitute and courtesan metaphors to question nationalist narratives and heteronormativity; and images of immigrant brides against the backdrop of neoliberalism and the flows of transnational capital. She focuses on the transpacific networks that reconfigure Chineseness, complicating a diasporic framework of cultural authenticity. While imaginations of a global community have long been mobilized through romantic, erotic, and gendered representations, Wong stresses the significant role sex work plays in the constant restructuring of social relations. “Chineseness,” the figure of the sex worker shows, is an affective product as much as an ethnic or cultural signifier.

Lily Wong received her PhD in Comparative Literature at University of California, Santa Barbara. Her research focuses on the politics of affect/emotion, gender/sexuality, comparative race, as well as media formations of transpacific Chinese, Sinophone, and Asian American communities. Her work can be found in journals including American Quarterly, Journal of Chinese Cinemas, Asian Cinema, Asian American Literary Review, Pacific Affairs and China Review International, among others. She has published book chapters in World Cinema and the Visual Arts (Anthem Press, 2012), Queer Sinophone Cultures (Routledge, 2013), Divided Lenses: War and Film Memory in Asia (University of Hawai'i Press, 2016), and Keywords in Queer Sinophone Studies (Routledge, forthcoming). She is the author of the book "Transpacific Attachments: Sex Work, Media Networks, and Affective Histories of Chineseness" (Columbia University Press, 2018).