Politicians expect to be put under a microscope but like to keep their finances in the dark. 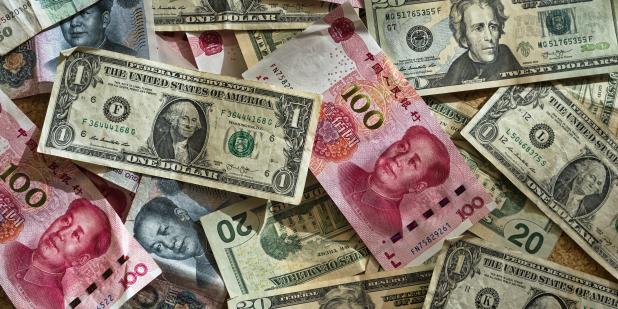 The biggest news story this week is The New York Times’ exposé on President Trump’s finances, where reporters used leaked tax returns to show how Trump used massive deductions to avoid paying federal income taxes for 10 of the last 15 years. But American leaders are not the only ones to have their bank accounts scrutinized by journalists looking to see if and how their personal gains outweigh their oaths of office.

In the “Follow the Money” episode of Assignment: China, our documentary series chronicling the history of American journalists reporting on China, we looked at two such investigations into China’s leaders. Early in 2012, a Bloomberg News team delved into the fortunes made by incoming Chinese President Xi Jinping’s family members. Later that year, David Barboza reported in The New York Times on the wealth accumulated by the relatives of Chinese premier Wen Jiabao. These groundbreaking stories highlighted how the families of these leaders took advantage of new opportunities to become fantastically well-off. Rumors of leaders’ offspring living large were among the factors bringing demonstrators into the streets in 1989.

The journalists working on these stories knew that these revelations would anger the Chinese authorities. Leta Hong Fincher, the wife of Bloomberg reporter Michael Forsythe, received a warning that he could be killed. New York Times reporter Barbosa and his wife retreated to the U.S. while he finished writing.

These reports led the Chinese government to block access within China to the Bloomberg and Times’ websites. Worries about continued retaliation towards the company’s business information services caused Bloomberg to hold off publishing additional stories on Xi family finances. Xi, of course, launched a massive anti-corruption campaign that included locking up the country’s former security chief, a former member of the Communist Party’s Politburo Standing Committee. The campaign included a television drama, In the Name of the People (人民的名义). The campaign continues.

2012 was an eventful year which also included the fall of Chongqing party secretary and politburo member Bo Xilai. Watch all these stories in the full episode of “Follow the Money” below (or at our YouTube channel).