Income Taxes in the U.S. & China

America is much more dependent than China on individual tax payers.
May 20, 2021
Print 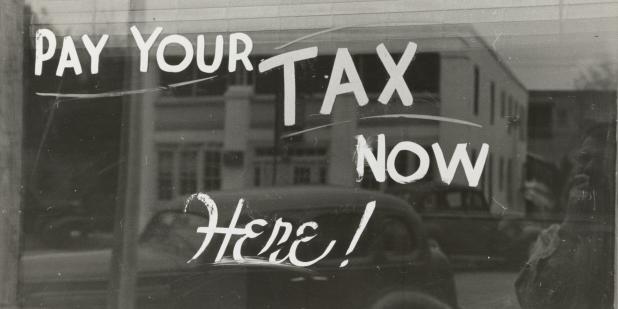 The income tax deadline arrived this week for Americans. In 2019, 154 million individuals and couples filed tax returns, 89% electronically. More than two-thirds of those filing returns received tax refunds. The individual income tax is the most important source of revenue for the U.S. government, accounting for 50% of revenues in 2019. Individual income tax receipts are not nearly so important for China’s government. Relatively few (5-8%) Chinese actually pay income taxes. Most earn too little or evade them by taking some of their income in cash. Salaried professionals have fewer options. Many of those who pay taxes do so via WeChat or other apps. The Chinese government relies on other taxes. In 2018 individual income taxes amounted to just 8% of all tax revenues. China’s value added tax provided 46% of tax revenues and the corporate income tax counted for 21%. In 2019 the U.S. the corporate income tax generated 7% of federal government revenues.

In 2018, China raised its tax thresholds, increased available deductions, and also sought to crack down on tax evasion. Fan Bingbing, China’s biggest television and film star, was “outed” as a tax evader by a television host. Like others, Fan benefited from what are called yin-yang contracts, one that she paid taxes on and one that she did not. She disappeared from public view and was rumored to be under arrest. She is reported to have paid more than US$100 million in taxes and penalties. Fan issued a public apology, writing, “Without the party and the state’s good policies, without the love from the people, there would be no Fan Bingbing.” She co-stars in the upcoming spy thriller 355.

U.S. and Chinese tax thresholds and tax rates are presented below. To qualify for tax refunds and to secure the earned income credit, more of America's lower income workers file tax returns than in China. In 2015, 44% of those filing had adjusted gross incomes below US$30,000. Both tax high earners at higher rates, but both tax investment income and capital gains at relatively low rates (15-20% for most in the U.S., 20% in China). In the U.S. payroll taxes fall heaver on lower income workers (and generate 36% of federal revenues). In China, worries about inadequate pensions and health insurance, cause poor Chinese to try to take care of themselves by saving. The bottom fifth of Chinese households save 20% of their disposable income.

China’s made a very public push to eradicate abject poverty, but as in the U.S., income and wealth inequality is vast. In the U.S., there is a push by the Biden administration to retract some of the tax cuts that flowed to top earners and corporations in the 2017 tax reform. Because most people in China don’t pay them and because they generate a relatively small share of government revenues, income taxes aren’t the symbol they are in the U.S. 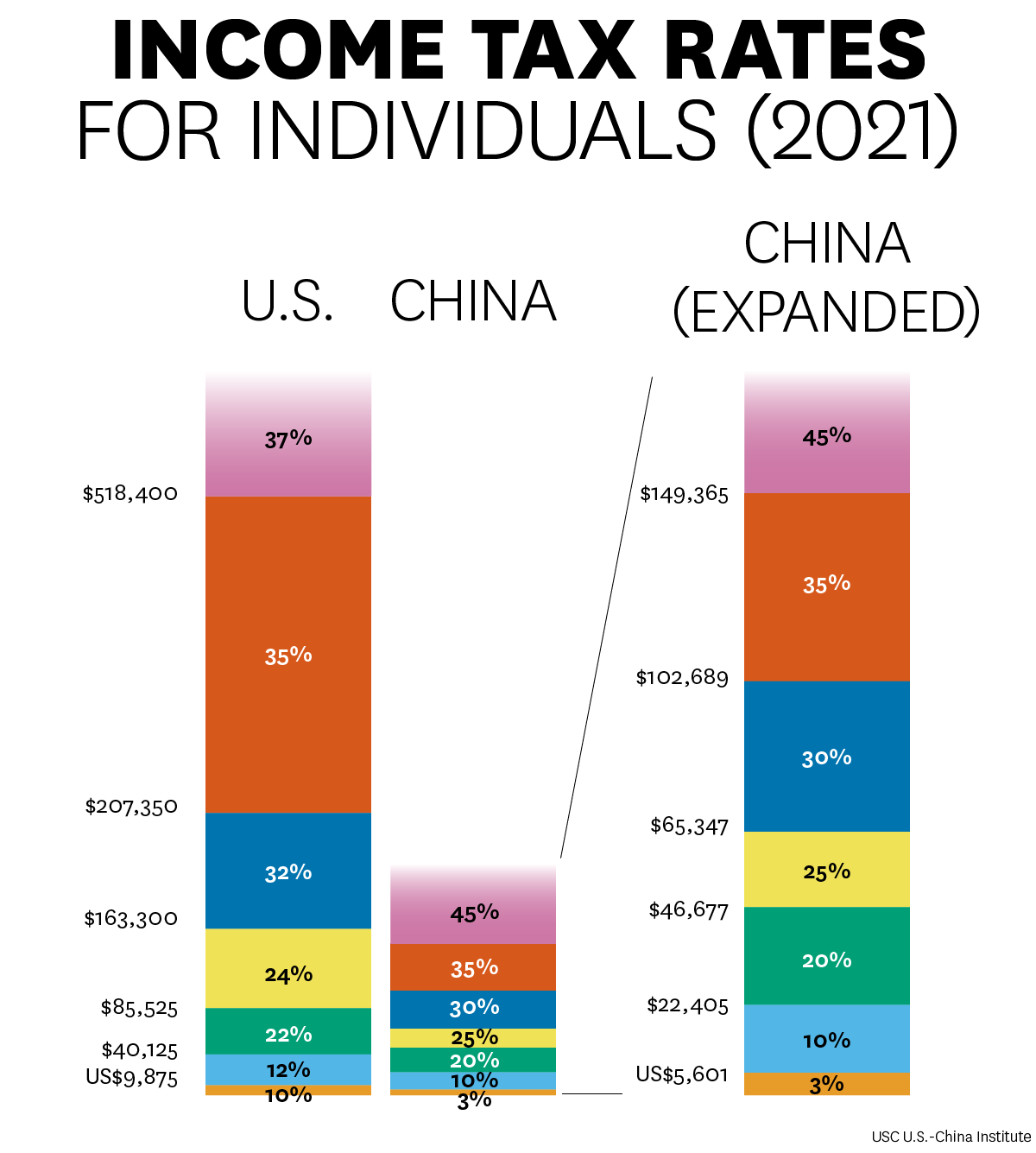