One in nine people around the world, over 820 million individuals, are undernourished. For preschoolers and kindergartners, this food insecurity leads to lower cognitive and social-emotional skills. Ensuring children are ready to learn (and later to produce) means guaranteeing them a basic level of nutrition. Programs to address this are well established, if not always adequate, in the U.S. and researchers in China are pushing to establish standards there as well. 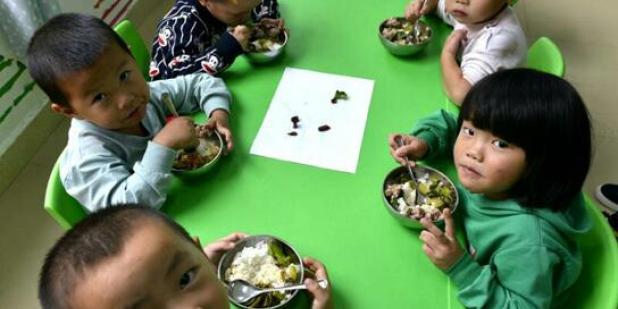 Hunger and malnutrition declined for decades, but has been rising since 2015. Now one in nine people around the world, over 820 million individuals, are undernourished. For preschoolers and kindergartners, this food insecurity leads to lower cognitive and social-emotional skills. Holding people back like this limits their potential later. The World Bank estimates this cost at 2-3% of global GDP. Ensuring children are ready to learn (and later to produce) means guaranteeing them a basic level of nutrition. Programs to address this are well established, if not always adequate, in the U.S. and researchers in China are pushing to establish standards there as well.

Prior to this economic downturn, food insecurity affected 11% of American households, but 14% of households with children experienced food insecurity. Food insecurity is more widespread in the South than elsewhere, but is also prevalent in some big cities, including Los Angeles. The U.S. has 15 federal nutrition programs for low-income families. Several focus on schoolchildren, including the school breakfast program, special milk program and national lunch program. The free or low-cost lunch program is the oldest, established in 1946. In 2018, it provided meals for 30 million children. More than 600,000 children attend Los Angeles Unified School District (LAUSD) schools. 80% of them qualify for the federal nutrition programs. When covid-19 closed schools, LAUSD continued to prepare and distribute more than 13 million free meals to students and their families. Two months ago, the U.S. Congress created the emergency program Pandemic-EBT to help families afford food away from school but, as of May 15th, only 15% of eligible children had received funds.

According to a 2015 report, 12% of Chinese children aged 6-17 years old were undernourished. More than half of Chinese now live in cities, but three times as many rural children are considered undernourished than urban kids. Many more rural children suffer from stunted physical and mental development. China launched its Nutrition Improvement Program (NIP) in 2011. By 2017, the program had helped 36 million students. NIP provides an allowance of US$0.56 a day for students (up from US$0.42 in 2011-2014) as well as funds to build and improve school lunchrooms; increase the nutritional knowledge of students, parents, and teachers.

Researchers recently concluded that the program was having a positive, if limited impact. Children in the treatment groups in rural China grew roughly 0.5 inches taller and 1.5 lbs heavier than their counterparts in control groups, anaemia rates fell from 17% to 7.8%, and their outlook on the future was 5% better. Long-term cognitive gains have yet to be measured.

Stanford researcher Scott Rozelle, however, argues that the main problem in China is that the effort starts too late in at-risk rural children’s lives. Others agree, noting that a child’s first 1,000 days are critical for physical health and educational achievement. In a just published article, Rozelle and colleagues utilize data from 100 schools and conclude that China’s program has not reduced malnutrition among students. They argue that the problem is the food provided simply isn’t sufficiently nutritious and they advocate spending a bit more to provide children with multivitamins.

Relatively small investments in ensuring proper nutrition for children have been shown in California to yield better academic performance. Because of the long term gains in individual capabilities, economists consider this money well spent.