Packed trains and buses are the perfect place for viruses to spread. Cities in the U.S. are looking to Taipei as an example of what to do right. 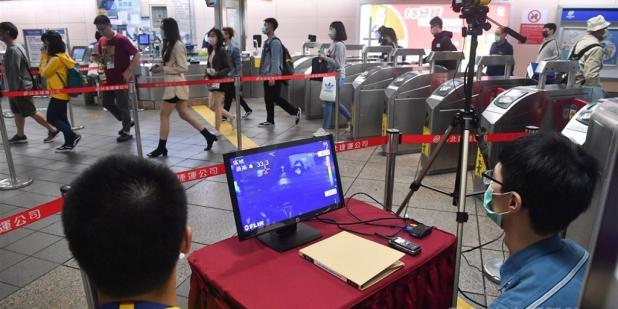 In early May, New York took its battle against covid-19 underground. For the first time in 115 years, the city shut down its subway system to disinfect the trains. By then, covid-19 had taken more than 18,000 NYC lives. As it moved to arrest the spread of the virus, on January 22 Wuhan shut down its public transit system. China’s government cut the city and the surrounding region off. Wuhan began reopening bus and subway lines in early April. As American cities begin to open up again, some are looking to Asia for ideas to try to make public transit safe.

Taiwan has been praised for its management of the covid-19 threat. Rigorous testing, contact tracing, and isolation protocols minimized cases and deaths there. Back in March and April, the government began requiring masks for all riders. It strengthened sanitation procedures, provided for the quarantine of infected employees and set in place plans to disinfect all stations every day and everything passengers touch every two to four every four hours if a person suspected of being infected had utilized the system. The Taipei Metro system banned passengers with temperatures over 100.4°F and set up infrared thermometers to screen them as they entered subway stations. Metro ridership dropped 50% initially, but by May was off just 20% from 2019. Other systems saw larger falls.

Here in Los Angeles County there have been 88,262 confirmed cases, including 100 transit workers. Public transit ridership has dropped 70%. Masks have been required since May, but a local television station reported last week that many passengers were going without masks. To save money during the outbreak, Los Angeles Metro cut the number of trains and buses, forcing rush-hour passengers, 36% of whom are considered essential workers, to squeeze into even more-than-usual packed buses. This group, disproportionately lower-income and minority, working in jobs that put that at a high risk of contracting covid-19, is put at an even higher risk if transit is overcrowded and passengers aren’t following mask protocols. In New York, thousands of transit workers tested positive for covid-19 and over 120 have died.

Public transit can be safer if agencies, workers and riders heed safety protocols for masks, social distancing, sanitation, and temperature checks. Transit agencies, like many state and local governments, are under great financial strain. The U.S. CARES act provided $25 billion for transit agencies, but advocacy organizations estimate that only addresses about half of the shortfall agencies face. Fear of using public transit is behind an increase of cars on the roads of Shenzhen and other Chinese cities. After sliding for two years, car purchases are increasing.

Making public transit safe and helping workers and riders feel safe needs to be a priority. If that can’t be done, traffic will come to a standstill, climate changing emissions will rise, and the health consequences will be dire.