Why does Xinjiang matter? We delve into the demographics of Xinjiang. 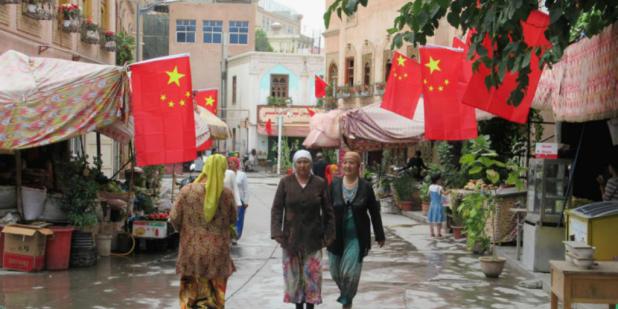 The Xinjiang Uyghur Autonomous Region in China’s northwest is enormous, consisting of one-sixth of the country’s total land area, but is sparsely populated with just 24 million people (38 people/square mile). The region is vital to China’s economy, with the largest share of the country’s coal, natural gas, and oil reserves. It is also strategically important, sharing a border with eight countries. Xi Jinping’s Belt and Road Initiative aims to tie China closer to Xinjiang’s neighbors and develop the region.

Xinjiang is in the news more than ever. For three years, Americans have learned about the systematic detention of a million people, about 10% of the region’s Uyghur population, in "Vocational Education and Training Centers." It’s one of the reasons (along with concerns over the environment, cybersecurity, and trade) that led two out of three Americans to have an unfavorable impression of China, the most negative since Pew began asking in 2005. 82% of Americans saw China’s human rights policies as serious problems in both Pew and Gallup surveys.

China’s government describes these centers as crucial in providing vocational and language training to Uyghurs and other Muslim detainees. In some state organized visits for journalists, interviewees told NPR they were brought to the centers because they had “extremist thoughts” or involved their children in religious activities. One detainee had viewed online videos of Osama bin Laden training al-Qaida members. They all insisted that they didn’t realize these thoughts and actions were considered extremist or illegal. There are no formal charges, trials, fixed sentences, or processes for appeal. Detainees do not know when, if ever, they may be released.

China’s Communist Party took control of Xinjiang in 1949 and the region has had a large military presence ever since. Restrictions on everyday life, however, are tighter today than in the past. In part, it reflects a greater emphasis on security throughout China, but it has become particularly acute following a 2014 crackdown of a violent attack by Uyghurs outside of Xinjiang. Even before these large-scale extrajudicial detentions, formal criminal arrests in Xinjiang rose from 14,000 in 2013 to 228,000 in 2017.

Uyghurs and other ethnic minorities say opportunities with the state companies go disproportionately to Han Chinese, who make up 90% of China’s citizens. In 1945, about 6% of Xinjiang’s population was Han, rising to 40% at the start of 1980s. Han dominate Xinjiang’s capital city of Urumqi while the poorer and rural southern Xinjiang is predominantly Uyghur. Although living standards have improved significantly, all agree that Xinjiang needs development. China’s government has invested US$70 billion into Belt and Road Initiative investments in Xinjiang. Along with help from the Asian Development Bank, this should strengthen trade with Central Asia.

What's At Stake In Xinjiang