Nowhere on Earth will the impact of the aging revolution be as drastic as in China — by 2050, there will be more than 400 million Chinese citizens over the age of 60. As the world watches to see how the country meets these unprecedented challenges, high-ranking officials invited USC Davis School of Gerontology Assistant Dean Maria Henke to explore the possibility of international collaborations. 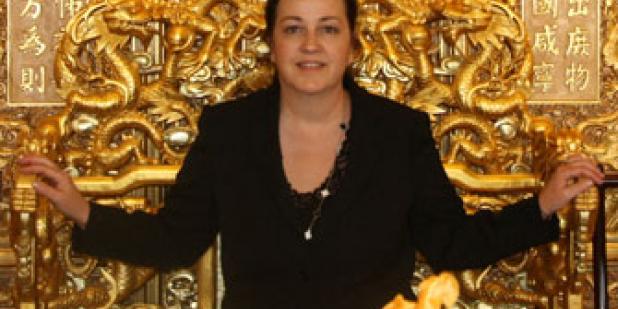 With an enormous population, a low mortality rate and its infamous “one child” policy, China is now in the unique position of having too few younger people to support its older citizens, who face a dangerously stressed national infrastructure.

Drawing on USC Davis’ international reputation among Asian countries and its success with a pilot gerontology-training program in Tokyo, Henke toured many of the country’s facilities and universities. Accompanied by USC Davis and Keck School of Medicine of USC Professor Edward L. Schneider and a translator, Henke also embarked on a series of meetings to lay the groundwork for future partnerships.

“The link between the USC Davis School and Asia has always been strong, and we are thrilled about the opportunities our aging expertise could create in China,” Henke said. “We have the potential to help enact very real changes that will benefit literally millions of older adults in China and beyond.”

Schneider added: “Maria was besieged with phone calls from Chinese universities interested in working with the USC Davis School. They recognized that USC was the leading university in the field of gerontology and were eager to discuss collaborations.”

After attending the first China International Senior Services Expo in Shanghai, Henke and Schneider also met with Vice Minister of Education Du Yubo, as well as representatives of City University of Hong Kong, the Alliance for International Education, the University of Peking, Renmin University of China, the Chinese Academy of Social Sciences and the Beijing Institute of Technology.

“We were honored to meet so many Chinese and international experts in the field,” Henke said. “The universal desire to improve the quality of life for the older adults of today, as well as of tomorrow, was inspiring in any language.”

Besides the discussions of academic and professional gerontological programs, the pair met with representatives from planned senior housing communities.

More than any one meeting or program, the vision for USC Davis and Chinese collaboration echoed issues that other countries may soon begin to face as well and highlighted the importance of gerontological education around the world.

“The challenges an aging China faces, while daunting, are also opportunities for gerontologists to develop ingenious, compassionate and world-changing solutions,” Henke said. “The aging revolution is real, it’s global and it’s here, but armed with the proper training, wisdom and vision, gerontologists are ready for it.”