Gail Hershatter Discusses Her Book "The Gender of Memory: Rural Women and China's Collective Past"

Gail Hershatter explores changes in the lives of seventy-two elderly women in rural Shaanxi province during the revolutionary decades of the 1950s and 1960s. 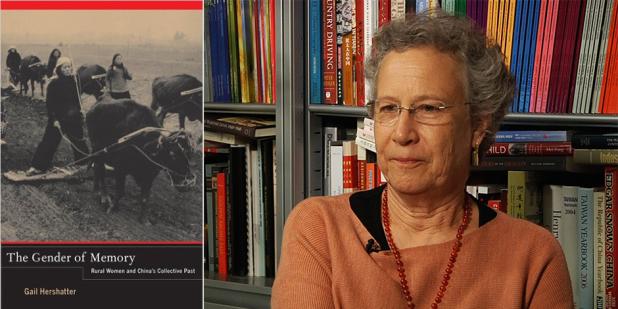 What can we learn about the Chinese revolution by placing a doubly marginalized group—rural women—at the center of the inquiry? In this book, Gail Hershatter explores changes in the lives of seventy-two elderly women in rural Shaanxi province during the revolutionary decades of the 1950s and 1960s. Interweaving these women’s life histories with insightful analysis, Hershatter shows how Party-state policy became local and personal, and how it affected women’s agricultural work, domestic routines, activism, marriage, childbirth, and parenting—even their notions of virtue and respectability. The women narrate their pasts from the vantage point of the present and highlight their enduring virtues, important achievements, and most deeply harbored grievances. In showing what memories can tell us about gender as an axis of power, difference, and collectivity in 1950s rural China and the present, Hershatter powerfully examines the nature of socialism and how gender figured in its creation.

Gail Hershatter teaches history at the University of California, Santa Cruz, where she also heads the East Asian Studies program. One of the profession’s most accomplished scholars, Hershatter was president of the Association for Asian Studies in 2011-2012. She’s received numerous research and teaching awards. She’s also written Women in China's Long Twentieth Century, Personal Voices: Chinese Women in the 1980s (with Emily Honig), Dangerous Pleasures: Prostitution and Modernity in 20th-Century Shanghai, and The Workers of Tianjin, 1900-1949.