China's Futures cuts through the sometimes confounding and unfounded speculation of international pundits and commentators to provide readers with an important yet overlooked set of complex views concerning China's future: views originating within China itself. Daniel Lynch seeks to answer the simple but rarely asked question: how do China's own leaders and other elite figures assess their country's future? 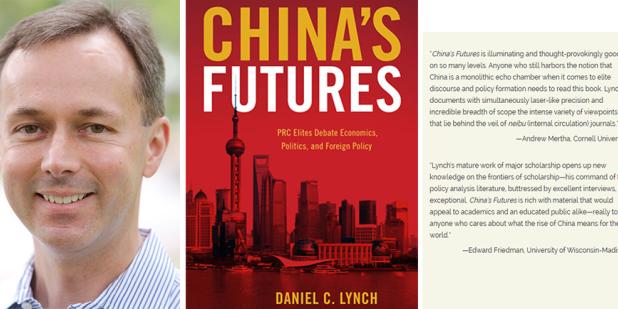 A March 24, 2014, Google search uncovered nearly 13 million Internet pages addressing some aspect of “the rise of China.” In the twenty years since William H. Overholt first published his prophetic book with that title, the world has become enthralled with the idea of an increasingly powerful People’s Republic growing economically at 9 percent a year, endlessly into the future. What would the implications of such a world-historical development be for the structure of international relations? Would Anglo-American civilization conclusively lose its (already fading) global preeminence? How might a power transition be managed peacefully, given the awesomely destructive weapons that both China and the United States possess? Would the transition be less problematic if economic reform and opening lead China onto a path of democratization? As recently as the 1990s, many observers considered that it would be impossible for the PRC to rise successfully and yet remain authoritarian. Even today, quite a few political scientists continue to insist that democratization is, if not inevitable, at least strongly likely, given China’s transformative economic changes and the associated social pluralization. If democratization is inevitable or at least highly likely, why should anyone be concerned that a successful Chinese rise might lead to the power transition becoming acrimonious or even violent? Or, from an entirely different angle, is it not possible that democratization would be more likely to occur in the event China’s massively complex mix of economic, environmental, and demographic challenges—unprecedented for any country in modern history—were to cause the rise to stall?

All of these questions (and more) are at the forefront of contemporary debate among political and other social scientists, international relations scholars, policy analysts and government officials, journalists, business people, NGO professionals, and everyday concerned citizens. China’s stunning economic successes invite intense and widespread rumination about how the PRC and the world will together change if the PRC’s rise succeeds—or, in other words, if China realizes “the China Dream” concept that Xi Jinping co-opted from left-leaning nationalist groups (but then reformulated) on his ascent to power in November 2012. Xi uses “the China Dream” to describe—albeit vaguely—the thoroughly desirable end state to which China’s development is inevitably leading, with success expected about 2050. Xi is far from alone in issuing confident predictions concerning China’s future, although his motivations are distinctive. Any casual survey of the global media and blogosphere creates the impression that nearly everyone is taking a stab at it, and certainly a large plurality of the world’s leading social scientists and public intellectuals are doing so. Some observers express their predictions with more conviction than others; often, the most confident “predictioneers,” to use Bruce Bueno de Mesquita’s term, are social scientists. Although strongly self-confident predictions can be useful for helping to focus thought, stimulate debate, and shape research agendas, they should always be treated with caution and skepticism. The starting point of this book is the simple observation—elaborated in —that no matter how scientific a predictioneer’s model may appear to be, the future can never be known, because (1) there are too many factors in play that will affect it, and (2) even if the factors could be mapped and measured, human agency (“free will”—critical though circumscribed), along with chance events, will always intervene to make predicting with reliable accuracy impossible.

Click here to read more or to purchase the book.

Daniel C. Lynch is Associate Professor of International Relations at the University of Southern California.

"China's Rise is Over," by Daniel Lynch
What do China’s elites think about the country’s direction?