The pilot study centers on a combination of 13 traditional medicinal compounds used in China early on in the coronavirus outbreak. [5 min read]
March 4, 2021
Print 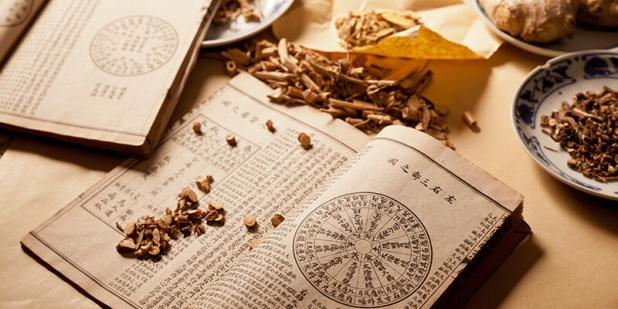 Shortly after the novel coronavirus SARS-CoV-2 appeared and began spreading through the Chinese city of Wuhan, the pandemic response team in China turned to traditional medicine to understand and treat the new disease. One therapy that emerged is a novel cocktail derived from ancient therapies.

The therapy was used extensively in Wuhan, and hospitals there that treated patients with it observed significant success compared with those that did not. However, formal clinical trials designed to scientifically show if the therapy is effective and to produce a detailed understanding of side effects were not conducted during the initial outbreak.

Now, researchers at the USC Dornsife College of Letters, Arts and Sciences and Keck School of Medicine at USC have developed a plan to study the traditional medicine used in Wuhan to counter the severe and often life-threatening symptoms many COVID-19 patients experience.

The pilot study examines the use of Xuanfei Baidu granules (XFBD) for COVID-19 patients experiencing mild to moderate symptoms.

The mixture includes compounds believed to reduce fever, clear virus, suppress cough, make phlegm easier to clear from the lungs, and soothe muscles in the trachea and relieve shortness of breath.

In addition, one ingredient is thought to provide a mild anticoagulant effect, possibly dissolving or preventing blood clots that can present a severe danger for COVID-19 patients.

The need for treatment options continues

Currently, there are few options for mild or moderate COVID-19 cases. Pharmacological treatments — such as antiviral and anti-inflammatory drugs — are only slowly becoming available with an initial focus on severe cases and hospitalized patients.

While the number of cases in the U.S. has declined dramatically in recent weeks, the threat of a new surge still looms, particularly at the current pace of vaccine distribution and as new, more contagious variants of the virus emerge.

“We hope and should expect to transition from the uncontrolled outbreak and the resulting necessity for mitigation to a rapid containment of small outbreaks over the coming 12 to 18 months. Continuous vigilance, social distancing measures and vaccine distribution will be a key factor to this successful transition, but so is the availability of drugs that can lower the risk of progression to severe disease,” said Peter Kuhn, Dean’s Professor of Biological Sciences and professor of biological sciences, medicine, biomedical engineering, aerospace and mechanical engineering, and urology at USC Dornsife.

Kuhn, a founding member of the Bridge Institute at the USC Michelson Center for Convergent Bioscience, is co-principal investigator on the study with his collaborator Darcy Spicer, associate professor of clinical medicine and chief of the Division of Oncology in the Department of Medicine at Keck School of Medicine.

Building on years of collaborative science

Kuhn and Spicer, along with USC Dornsife postdoctoral scholar Elizabeth Qi, worked together to design a study that can determine scientifically what effect, if any, XFBD has on progression of COVID-19.

Kuhn, who holds joint appointments at Keck School of Medicine and USC Viterbi School of Engineering, previously studied the SARS virus responsible for the 2003 outbreak in Asia, said he began discussing the current virus, SARS-CoV-2, and the disease it causes, COVID-19, early on in 2020 as the pandemic took hold in the United States.

“These conversations quickly focused on strategies for testing and therapeutics,” Kuhn said. One exchange, with entrepreneur Ming Hsieh, chair and CEO of Fulgent Genetics and a USC trustee, centered on what researchers in China had learned about the virus and the disease. This led to a formal collaboration between the USC team, Fulgent and the scientists at Tianjin University of Traditional Chinese Medicine, who developed XFBD.

“We are pleased to partner with the esteemed researchers USC and leveraging our Next Generation Sequencing capabilities to aid in the development of this potential treatment for COVID-19,” said Hsieh. “We believe that by utilizing our [next-generation sequencing] expertise along with our knowledge of the evolution and treatment of COVID-19 in China, we have contributed insightful and actionable data to the development of XFBD.”

The clinical trial is a pilot study operated entirely remotely, including obtaining informed consent from patients and monitoring patient performance. The resulting data produced will support the design of the next studies of XFBD.

During the 12-week study, patients are randomly assigned to one of two groups: one receiving XFBD and the other receiving placebo. Patients take the medicine or placebo dissolved in water by mouth twice a day for 14 days, and the clinical trials team using remote patient management software will follow up with them 10 weeks later to assess their symptoms and performance.

If the pilot study shows XFBD is safe and the remote trial is feasible, researchers can advance to phase II studies, which will involve a larger group of patients as well as specific subgroups of patients, such as specific age and ethnic groups. If those studies go well, phase III studies would follow to demonstrate clinical efficacy.

Ultimately, the researchers hope to see if XFBD will reduce the risk of progression to severe disease, hospitalization and death in people with COVID-19.

For more information about the study see http://kuhn.usc.edu/xfbd.