Are you dressing up? Chinese factories and American retailers love Halloween.
October 28, 2021
Print 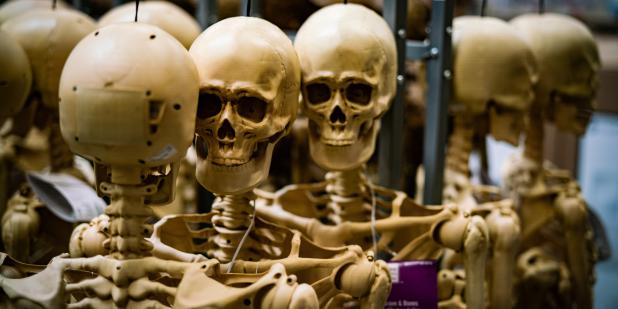 More than 800 people were dying each day from covid-19 the week of Halloween 2020 and celebrations were somewhat subdued. Deaths this week were almost twice that, averaging 1,551 a day mostly among the unvaccinated. Still many people feel secure enough to plan trick-or-treating and parties. Pumpkins are getting carved and Americans are buying costumes and decorations at a record pace. Retailers think Americans will spend over US$10 billion on Halloween this year. 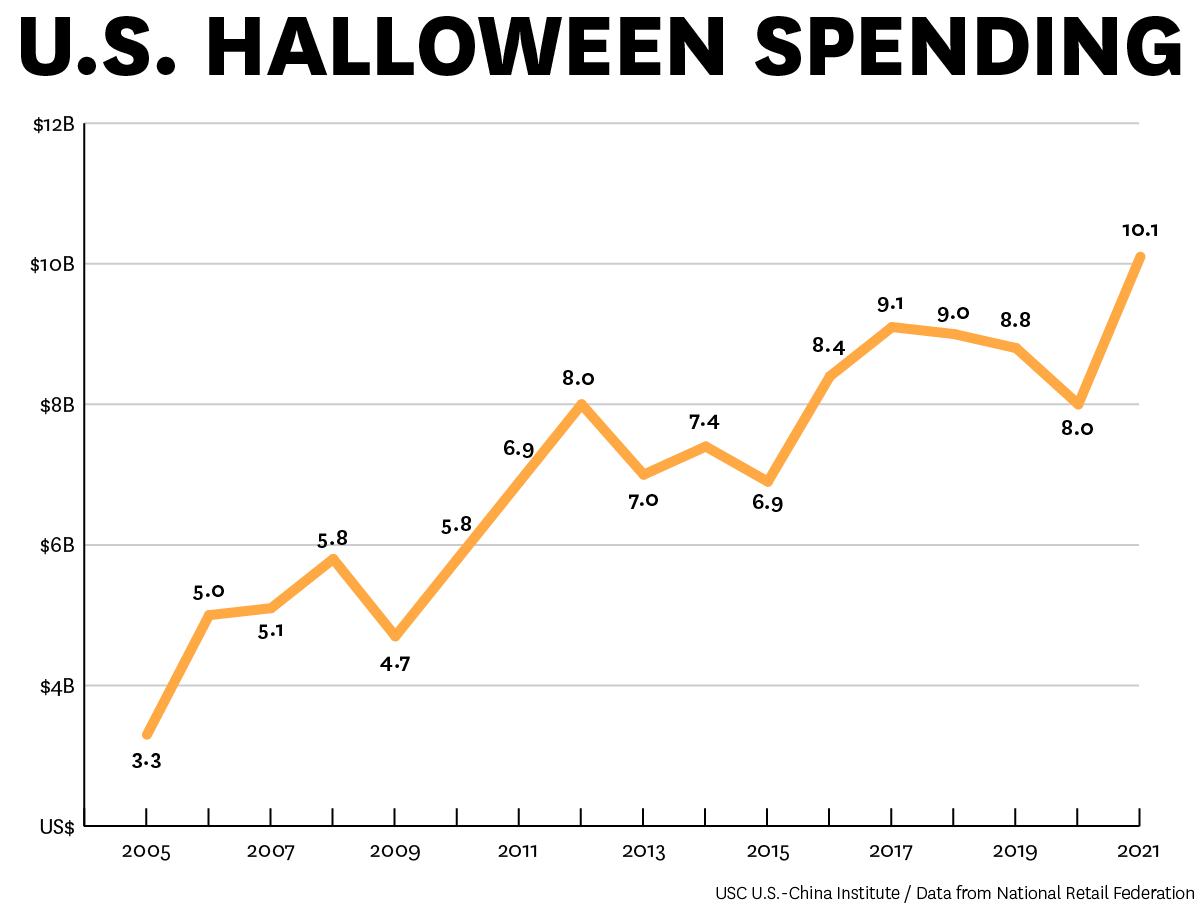 Most of these Halloween items were produced in China. On average, 56% of the total sales price of goods imported from China goes to American companies and workers. Design, shipping, advertising and retail expenses account for a large share of the retail price of those goods. Halloween helps fill the trick-or-treat bags of many American companies.

Profits might be even larger, but for ongoing supply chain challenges. The Ports of Los Angeles and Long Beach handle 31% of all U.S. imports. Almost half of that cargo comes from China and Hong Kong. Last week there were 57 container ships in the two ports, with a record 100 ships waiting nearby, eager to pull in. This backlog led President Joe Biden to call for the ports to stay open 24/7 to help get more consumer goods and items needed by U.S. factories unloaded. Getting the containers off of ships is only the first hurdle, however, as the ports don’t have the space for everything they unload. On Monday, the ports announced that they would levy fines on companies which let their containers linger for too long. The next hurdle? Finding truck drivers to move them.

The ability and desire of Americans to buy stuff from China is remarkable. In the first eight months of 2020, the U.S. imported US$262 billion in goods from China. In 2021? Through August, we’d bought $313 billion, an increase of 19%.