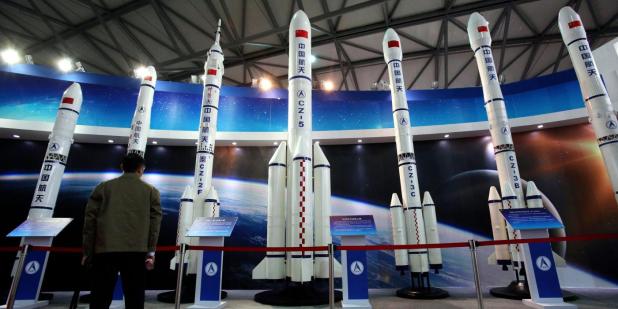 Richard Branson won the billionaire space race this week when he boarded his Virgin Galactic spacecraft and became the first "space tourist" for a few minutes. He got there ahead of Amazon founder Jeff Bezos who is to take off in his Blue Origin rocket next week. Of course, American firms aren't the only ones heading into space. In recent months, China's national space program has landed rovers on the moon and Mars and placed its own space station into orbit. But beyond the national program, China's commercial space industry is growing rapidly.

A 2017 report by Bank of America Merrill Lynch predicted space industries growing to US$2.7 trillion over three decades. That's a lot of potential revenues for companies to chase. Chinese private investors put about US$900 into commercial space firms 2014-2020. That has been matched by state investment. Rocket-maker Landspace attracted $175 million. More than 200 satellites have been launched since 2018. In April, Exspace scored a public relations win, partnering with Taobao to livestream an auction for a launch. More than two million people watched as the launch eventually went for $5.6 million. But not every launch succeeds. A July Exspace launch malfunctioned, with two satellites aboard.

Even so, STPI finds that far more money has been flowing to the American commercial space firms than to Chinese ones. The spare seat on the Blue Origin flight on July 20 was auctioned off for $28 million. 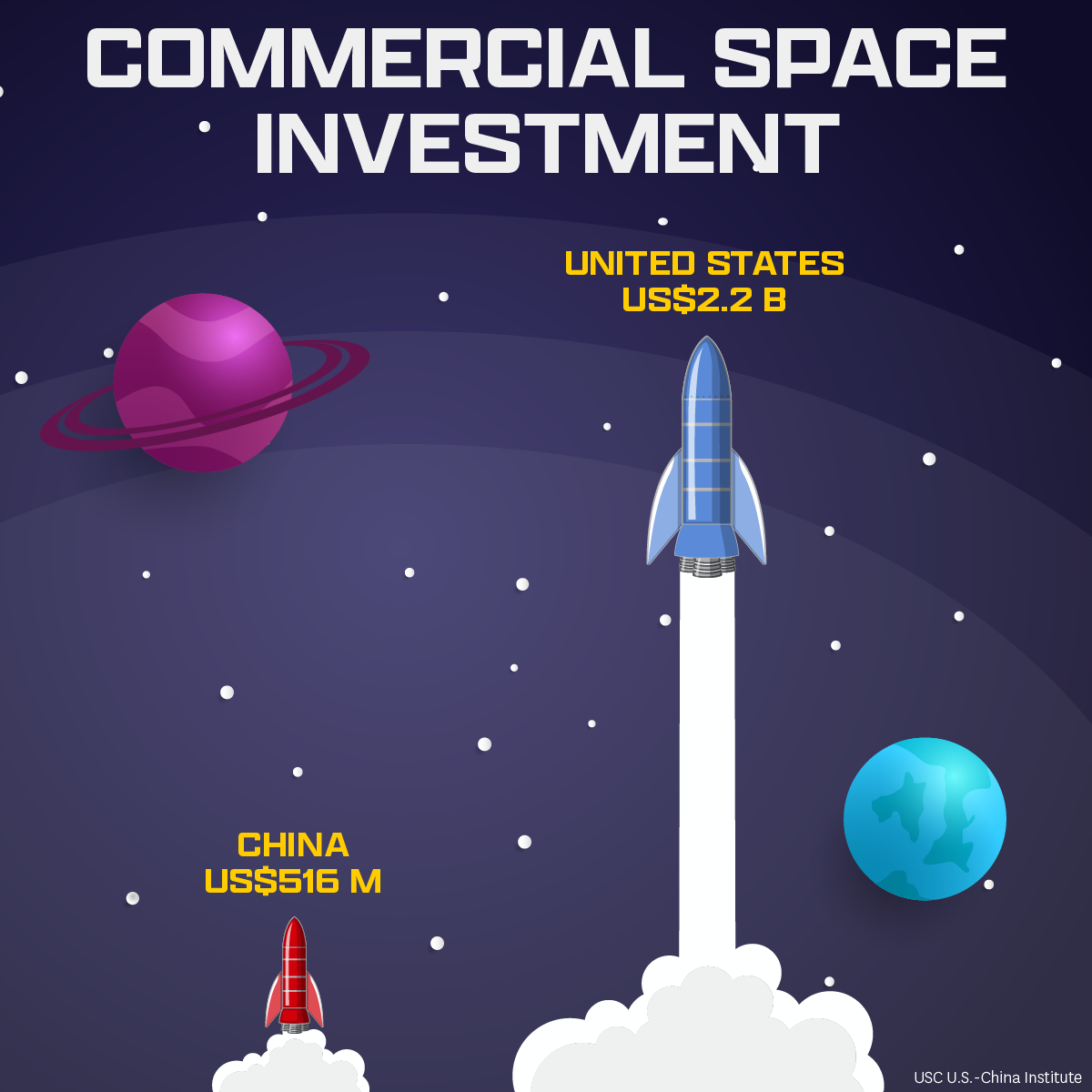