Once the world leader in Bitcoin mining, China's regulators have now made cryptocurrencies illegal.
September 30, 2021
Print 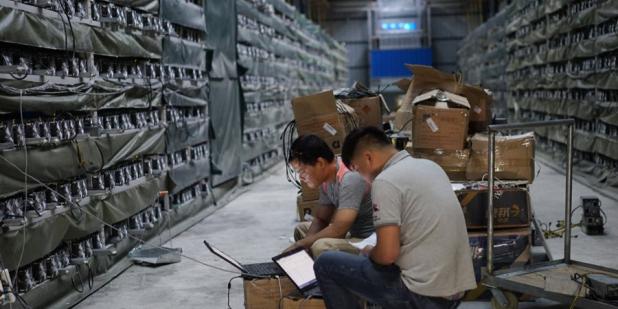 Cryptocurrency investors woke up to bad news on September 24th: China announced a ban on all crypto currency transactions and crypto mining. Bitcoin, the largest crypto currency, tumbled 8% in value in the wake of the announcement. It's not the first time China has tried to control currencies designed to be beyond the reach of government regulation. At the end of 2013, regulators directed that Chinese banks were not to accept or trade in Bitcoin. In 2019, the People’s Bank announced it would target illegal practices involving cryptocurrencies. That announcement caused Bitcoin to drop 9% versus the U.S. dollar. This new ban is aimed at stopping fraud and money laundering. Cracking down on the heavy energy use needed to produce Bitcoin and record its use and eliminating Bitcoin ewaste are additional priorities.

In February, Tesla announced it purchased US$1.5 billion worth of Bitcoin, causing a surge in value, but the company reversed course in May due to concerns about "rapidly increasing use of fossil fuels for Bitcoin mining and transactions, especially coal, which has the worst emissions of any fuel." Bitcoins are "mined" (i.e. created) by computers running complex equations. When an equation is solved, the miner received the currency. Every transaction made with cryptocurrencies is kept in the blockchain, a public digital ledger, so computers need to constantly communicate with each other to keep the ledger up to date. All of those computers use up a lot of energy. In fact, global Bitcoin production and record-keeping is now consuming more energy than the 101 million people of Egypt. Beyond that, the specially designed computers used in mining need to be upgraded regularly. Annual Bitcoin-generated ewaste is estimated at 31 metric kilotons - a heavy burden in China and other major producing countries. The currency may be "virtual," but the environmental impact is real. 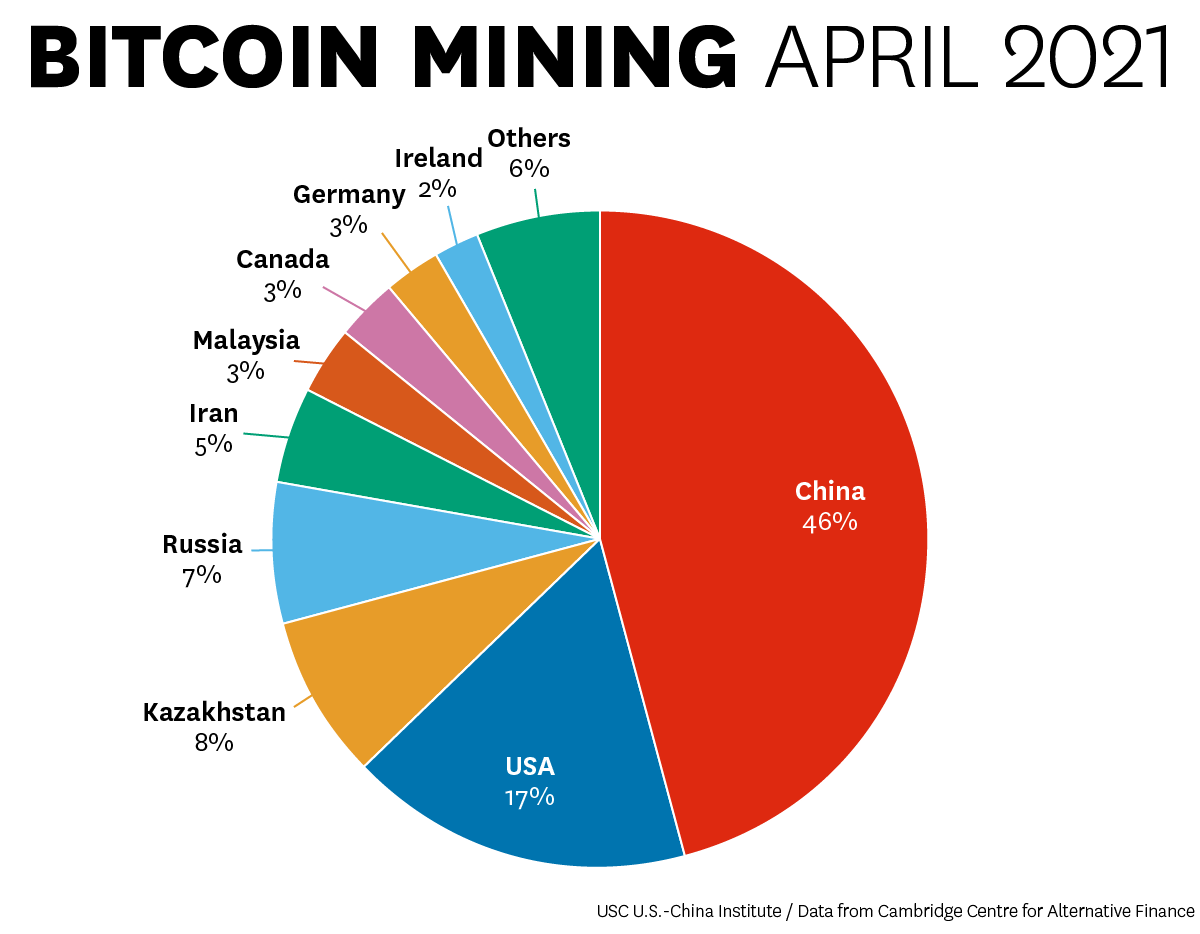 Until now, China has been the global leader in Bitcoin mining, with 46% of the global share in April 2021. Unfortunately, since 58% of China's energy comes from coal (and the country uses more coal than the rest of the world combined), a large portion of crypto mining there relies on coal-generated electricity and contributes to global warming. On top of this, China is currently suffering an energy squeeze as the demand for power ahead of the development of renewable sources and the cost of coal has risen. There have been power outages in some places and power use restrictions imposed in others. Companies are warning that constraints on power may hamper production. Regulators have never liked Bitcoin and other cryptocurrencies, now Bitcoin's energy consumption woes has brought economic planners and environmental bureaus to their side. It would be hard to explain why Bitcoin miners could keep humming along when power supplies for job-creating factories or residents have to be curtailed.

While banning crypto currencies, China has been a pioneer in digital payments and is introducing its own digital yuan. The aim, though, is to improve the ability of regulators for monitor the economy, not to enable people to conduct their financial business out of view.