Can China make its exports safe?

USC Alum and Life Trustee Herbert G. Klein published this opinion piece in the San Diego Union-Tribune. A lecture series in his name has been established. Former U.S. Ambassador to China J. Stapleton Roy gave the first campus lecture in the series in April. 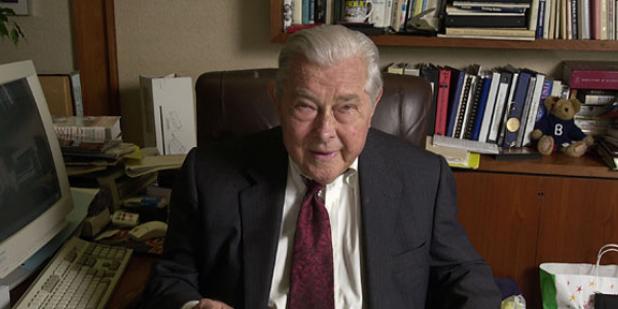 USC Alum and Life Trustee Herbert G. Klein published this opinion piece in the San Diego Union-Tribune. A lecture series in his name has been established. Former U.S. Ambassador to China J. Stapleton Roy gave the first campus lecture in the series in April.

Toys, toothpaste and pet foods constitute only a small part of the amount of trade between the United States and China, but the angry public reaction to the sale of contaminated products to Americans demands priority attention from both nations.

Small issues can become major if they are not resolved quickly, and, in this case, the problem involves home and family. For those who argue for protectionism, China trade could be an emotional issue during what likely will be a bitter election year. And, if little is done, the problem can change U.S.-China relations.

Fortunately, the public uproar appears to have gained the attention of the governments of both countries. With the growth of a global economy, focus in both nations has centered on profits and volume, outsourcing and trade deficits, but little attention has been given to quality control of inexpensive products that highly competitive American retailers and distributors demand.

Even in the United States, we have had many contaminated foods, and many of the companies under question in China have at least part American ownership. Multinational companies are big in China.

The current controversy involves China, but in the future – as the United States and Europe import more products from countries where manufacturing costs are cheap – quality control will become a world issue. Quality could become a problem with goods from Indonesia, the Philippines, Thailand, Vietnam, India and other countries widening their scope of manufacturing. Quality control has not been a big problem with high-tech or other specifically engineered products where the demands and precision guidelines are carefully monitored and designed.

China is a country whose culture and history is far different from that of the United States and Europe. American tourists tend to visit sophisticated cities such as Beijing and Shanghai. rarely gaining insight into what goes on in the vast rural areas of the country where living standards, pollution and corruption are bigger problems.

Ronnie Chan, a prominent business leader in both Hong Kong and the Chinese mainland cities, points out that “the country only began to practically move out of communism in 1979. Before that, China was so 'left' that it made Khrushchev look like Reagan or Brezhnev like Margaret Thatcher. The economy for the past decade has been growing very fast, and social changes are numerous. But the question is do the Chinese have time to take care of food safety, let alone lead poisoning? Most Chinese officials say there are tons of much bigger and more urgent issues to tackle.”

Culture makes a difference. Americans demand the best, Chinese often settle for less. Chan believes that the West underestimates the caliber of top Chinese leaders, “but they operate under a set of constraints considerably different from those in the West. That is because of China's own cultural, political and societal past. First and foremost, top leaders must keep the economy growing.”

Baizhu Chen, a professor at the Marshall School of Business at the University of Southern California, says that when the Chinese government moves, it often takes strong action. Recently, the head of the Chinese Food and Drug Administration was convicted of corruption in dealing with pharmaceutical companies and was promptly executed.

Chen points out that a major standard for promotion of mayors and other political leaders has been how much growth there has been in the economy in their region. The result has been lax attention to the environment. Chen says that recently, however, mayors also have been challenged to decrease the use of energy, a problem involving economics and the environment. He adds that if China embarks on a new program of quality control, it would have a shortage of trained manpower.

China also has become a major producer of pharmaceutical products, and with them, quality control is essential. It is the world's largest producer of vitamin C products, and recently it was discovered that polluted water was being used in manufacturing. The problem was resolved, but the price has quadrupled for all affected vitamin C.

Researcher Josh Newell of Los Angeles has been monitoring where the wood comes from that is used in furniture sold in stores in the United States such as Ikea. The Chinese are among signatories to a treaty preventing the destruction of old forests. He says the Chinese seem to be obeying the international treaty, but sometimes they use wood from Russia that may come from old forests. The Chinese ambassador to the United States, Zhou Wenzhong, says China is rapidly expanding its reforestation projects, particularly in the northwest provinces.

As the Christmas buying season approaches, China is showing some signs of urgency seeking to regain its credibility as the producer of quality products. Ambassador Zhou has frequently left Washington to make speeches in various cities. More important, the Chinese vice premier for economic affairs has become involved, and China's senior leadership has announced on its Web site that it is conducting a national examination of toy product producers.

In the United States, the current crisis points out the need for new policies that include closer inspection by private companies importing goods and action by our government. U.S. retailers will be hurt if they do not undertake remedial measures.

Congressmen Rick Larsen, D-Wash., and Mark Kirk, R-Ill., who recently met in Beijing with officials of China's General Administration of Quality Supervision, Inspection and Quarantine, have taken leadership in seeking action in Washington. They have introduced in the U.S. Congress a bipartisan Import Safety Act that could inflict a penalty of $50 million for violations of law on the import of food or toys if infractions result in deaths. They seek increased funding for the U.S. Consumer Product Safety Commission and the Food and Drug Administration offices overseas. Skilled inspectors overseas are needed.

China exports 22 billion toys a year, and those that have been recalled represent only a small portion of exports, but this is a warning that as global economics increase, both private enterprise and governments on both sides of the Pacific must become more active in quality control. Action must be taken now in Congress and in China and with private businesses.

Quality may cost a little more money, but cost is secondary when human and pet lives are involved. A failure to resolve contamination problems could undermine product credibility and seriously damage world economic growth.

Klein is a national fellow of the American Enterprise Institute, retired editor in chief of Copley Newspapers and former Nixon White House director of communications.