A year into the Biden administration, we look at American views of the biggest issues in the U.S.-China relationship.
January 6, 2022
Print 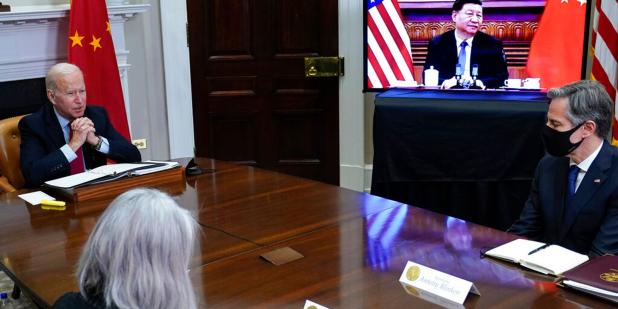 After winning the 2020 Presidential election, Biden said that he would not immediately change Trump administation policies towards China. A year ago, we looked at members of Biden's China team and their views towards China at the time. Now we're taking a look at additions to that team as well as the issues facing the U.S.-China relationship in 2022. 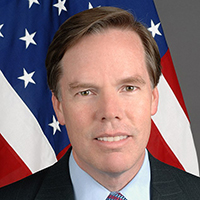 Burns served as a U.S. diplomat for decades for Republican and Democratic administrations. He served in Africa and the Middle East, on the National Security Council, and as ambassador to Greece (1997-2001) and to the North Atlantic Treaty Organization (2001-2005). He subsequently taught at Harvard. He first went to China in 1988 with Secretary of State George Schultz. In his opening remarks at his October Senate hearing, he highlighted areas of potential U.S.-China cooperation, but also insisted, "we will challenge the PRC where we must, including when Beijing takes actions that run counter to America’s values and interests; threaten the security of the United States or our allies and partners; or undermine the rules-based international order." Burns was confirmed by the Senate in December, receiving 75 "yeas." 25 Republicans opposed the nomination or did not vote. 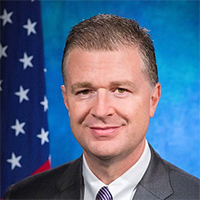 Kritenbrink speaks Chinese and Japanese and is a career diplomat who previous served as the Director of the Office of Chinese and Mongolian Affairs and Deputy, Chief of Mission at the U.S. Embassy in Beijing (2013-2015), and Senior Director for Asian Affairs at the National Security Council (2015-2017). President Trump nominated Kritenbrink as the Ambassador for Vietnam, which he held from 2017 to 2021. In February, he collaborated with Vietnamese rapper Wowy on a video to celebrate the lunar new year. His hearing before the Senate Foreign Relations Committee didn't include any rap, but he said, "The People’s Republic of China is our biggest geopolitical test." 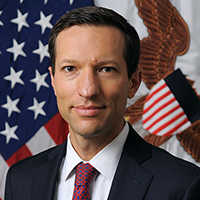 Ratner served as a Senate Foreign Relations Committee staffer in 2002-2003 under then chair Joseph Biden. He then earned a doctorate in political science at UC Berkeley and worked as a RAND researcher. He worked on China affairs at the State Department and was deputy national security advisor to Vice President Biden. Prior to rejoining government, Ratner was executive vice president at the Center for New American Security in Washington. In prepared remarks for the Senate Armed Services Committee he described the Indo-Pacific as the Defense Department's priority region, but emphasized that conflict with China was not inevitable. He was confirmed by unanimous consent.

Pres. Biden and various U.S. officials have described some Chinese actions as aggressive and potentially threatening stability in Asia. They've insisted that the U.S. will work with allies to signal a shared determination to thwart challenges to regional peace. In November, the Defense Department issued its assessment of Chinese military capabilities. It argues that Beijing seeks to revise the international order and is modernizing its military to accomplish that.

Among the Chinese actions that worry U.S. officials and allies are military exercises near Taiwan. A month ago, Kritenbrink and Ratner testified before Congress about strong if unofficial U.S. ties with Taiwan. They emphasized partnerships and exchanges, stressing that U.S. security commitments remain rock solid.

One of the few areas of U.S.-China cooperation has been in addressing combatting climate change. Chinese and American representatives have met several times and in November the governments released a joint statement outlining their cooperation and commitments. Our panel discussion last year on China's environmental protection efforts and our event on China's green finance highlight the important topic.

Trade is extremely important to the economies of both countries, but the U.S. Innovation and Competition Act aims to bring more key manufacturing industries back to the states. Our panel discussion co-hosted with the USC Gould School of Law Center for Transnational Law & Business looked at the future of U.S. and China innovation and tech competitiveness. One outcome from the fall video call between Biden and President Xi Jinping was a commitment to cooperating to facilitate exchange despite the ongoing pandemic. This week, U.S. business organizations announced a new program to make it easier for key personnel to travel to and work in China. Tariffs remain an issue between the two countries. Two-way trade in goods  totalled $594 billion in 2021, down 10% from the 2018 peak. The Regional Economic Cooperation Partnership trade agreement went into effect on January 1. China's part of that potentially dynamic group. The U.S. isn't. The two countries remain quite intertwined, but there are sectors where decoupling is underway.

The Justice Department's China Initiative to curb Chinese economic espionage continues, including the November conviction of Chinese intelligence officer Xu Yanjun 徐延军 for attempting to steal aviation trade secrets. Xu lured to Belgium and arrested in 2018. Former Harvard scientist Charles Lieber was recently convicted, not for espionage, but for lying to the U.S. government about his links to China and for not paying taxes on those activities. Academics and even the prosecutor who filed the original charges against Lieber have criticized the design and implementation of the China Initiative. Attorney General Merrick Garland has pledged a review of the initiative.

The U.S. announced a diplomatic boycott of the 2022 Beijing Winter Olympics due to the persecution of Uyghurs in Xinjiang. The disappearance of Peng Shuai 彭帅, following her allegations of sexual assault by former leader Zhang Gaoli, generated much discussion outside China. The Women’s Tennis Association announced it was suspending its tournaments in China. The prosecution in Hong Kong of a wide variety of pro-democracy publishers and leaders, legislators and activists and police raids of pro-democracy media outlets have nourished increasingly negative perceptions of China among U.S. policy makers and the wider public.

At the same time, China responded to the Biden administration's hosting of a Summit for Demcracy, which included a presentation by Audrey Tang,  Taiwanese government minister, by issuing its own report on democracy in America. China's Foreign Ministry argued that the American model is flawed and not universally applicable and condemns American assessments of China's system as less democratic and effective as its own. How healthy is American democracy? As we mark the one year anniversary of the January 6, 2021 assault on the U.S. Capitol, we see that 64% of Americans recently told NPR/Ipsos pollsters that American democracy is "in crisis and at risk of failing."