How will the Biden administration work with, or against, China? We look at the views of his Cabinet nominees to get an idea.
January 14, 2021
Print 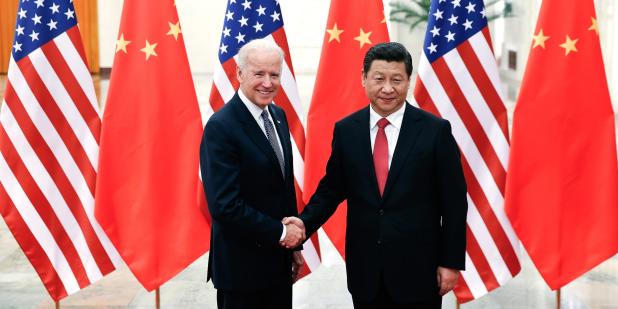 President-Elect Joseph Biden has said that he won’t make immediate changes in policies toward China, but plans to review the relationship and talk with allies so as to develop a comprehensive and coherent strategy. He told the New York Times, “The best China strategy, I think, is one which gets every one of our — or at least what used to be our — allies on the same page.”  Biden has argued that the U.S. response to China needs to begin with strengthening American education and infrastructure. The Democratic Party Platform of 2020 outlines these priorities toward China. Many of those who will shape and implement the new administration's policies have earned Biden’s confidence through years of service. As we know from a new book by USC’s Eric Heikkila, China’s size and influence gets attention from much of the U.S. government. Below we summarize views some of these incoming officials have expressed about U.S.-China relations. 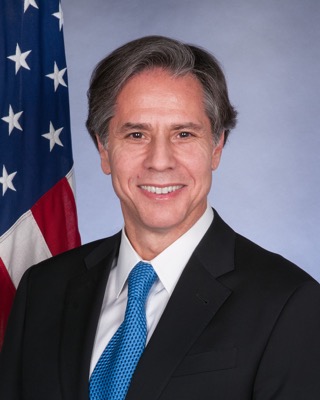 Blinken worked for Biden on the Senate Foreign Relations Committee and then as his national security advisor during his first term as vice president. Blinken told the U.S. Chamber of Commerce that in many respects, “the China challenge is less about their strengths and more about our self-inflicted weaknesses.” Blinken calls for investment in the U.S. and reinvigorating American participation in international organizations, such as the World Health Organization, World Trade Organization and the United Nations. He believes that while China can resist some pressure of the U.S., which represents a quarter of global GDP, it cannot ignore a U.S.-led alliance that consists of 50-60% of global GDP. Blinken notes that the Obama administration had disease experts working in China and a White House office focused on public health threats. He argues that health, climate, and nuclear non-proliferation represent vital issues where American interests necessitate working with China. Blinken’s work with WestExec, a consulting firm he cofounded (and where Avril Haines also worked) has already come under scrutiny. Some WestExec business clients sought assessments of how U.S.-China relations might affect their businesses or new opportunities. 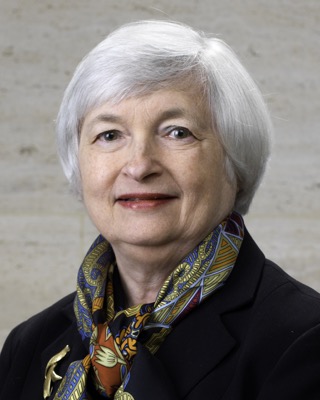 Yellen moved between academia and government for decades. She’s broken many barriers: first woman to head the Council of Economic Advisors, the Federal Reserve and, now, nominated to lead the Treasury Department. She’s criticized the Trump administration’s unilateral approach to dealing with Chinese economic practices, “[r]esisting protectionism and strongly supporting a rules-based multi-lateral system are what the US stood for and promoted as a global system with great success.” A year ago in Hong Kong, Yellen worried that tech rivalry poses great challenges for the U.S. and China. It won’t be easy to resolve and “will have very significant consequences for the global economy.” She went on, "Technologies developed in one place of the world need to be and can be applied throughout the world, and become the base for further progress of technological innovation.” But she’s also stressed that state subsidies for Chinese companies and restricted U.S. access to Chinese markets are issues that need to be addressed. 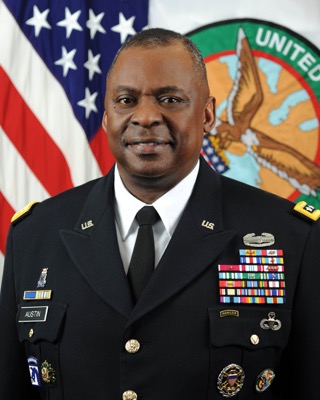 Austin retired as a four-star Army general in 2016, gaining extensive combat and administrative experience. The bulk of his foreign experience was in or focused on the Middle East, including three years heading CENTCOM. Biden met him when he was commanding troops in Afghanistan. Some argue that someone with more experience in Asia and with the Navy or Air Force would be a better choice.  Austin, like Biden, has called for forging and nourishing strong coalitions in Asia and elsewhere. He argues the U.S. military’s global presence builds trust and says “presence buys you influence.” This is part of Austin’s “strategic patience”: de-escalate tensions, while strengthening your capacity to act. 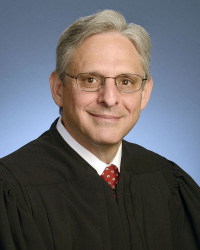 Garland has decades of experience as a federal prosecutor and federal appeals court judge. His nomination by Obama to the supreme court was blocked in the senate. Few of the cases Garland worked as a prosecutor or judge touched on China. One that did, involved a Uyghur held at Guantánamo. In 2008, Garland and all of his appeals court colleagues ruled that the Pentagon had not proved its claim that the Huzaifa Parhat was an enemy combatant. Garland wrote that the claim “comes perilously close to suggesting that whatever the government says must be treated as true.” Parhat was subsequently among those Uyghurs released in Bermuda. In 2018, then AG Jeff Sessions and John Demers, head of the Justice Department’s national security division, launched the department’s China Initiative. Garland will decide whether to continue the program. Critics argue it has led to the unjust targeting of researchers of Chinese descent. Demers argues the economic and strategic espionage threat from China continues and efforts to fight it must as well. USCI has interviewed Demers and scholars critical of the department’s approach. FBI director Christopher Wray may continue in his position. In July, he said, “the FBI is opening a new China-related counterintelligence case about every 10 hours.” 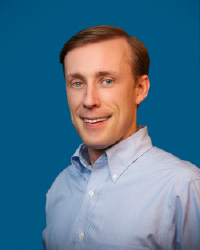 Sullivan earned Biden’s confidence when he served as the vice president’s national security advisor 2013-2017. In August, Sullivan included assessing the current state of U.S.-China relations among Biden’s top priorities for the administration’s first 100 days. In 2019, Sullivan wrote (with Kurt Campbell) that  policy makers need to recognize the limits of Washington’s ability to compel change in China and be prepared to focus on key interests. “[C]oexistence means accepting competition as a condition to be managed rather than a problem to be solved.” China is a much “more challenging competitor” than the Soviet Union was, yet cooperation with China on transnational issues is essential. Through smart allocation of military resources and collaboration with allies, Sullivan believes the U.S. can deter Chinese security threats. 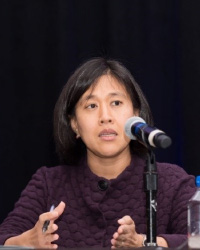 Tai previously worked in the USTR, including serving as Chief Counsel for China Trade Enforcement. After this, she worked for the House of Representatives Committee on Ways and Means for six years, focusing on trade matters. The daughter of immigrants from Taiwan, Tai speaks Mandarin. She taught English in Guangzhou for two years. In August, she said that Trump trade policy was defensive in nature. She called for offensive measures as well, working make ourselves and our workers and our industries and our allies faster, nimbler, be able to jump higher, be able to compete stronger.” She argued that this was also a way to strengthen American democracy. Tai argues that forging a bipartisan approach to trade with China is essential, so that policy will be driven by national interests rather than politics. As an example she suggested sanctioning TikTok shouldn’t be a top priority. 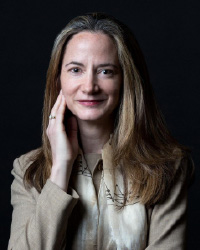 An attorney, Haines worked on the staff of the Senate Foreign Relations Committee Biden headed and during the Obama administration worked on the national security council and as deputy director of the CIA. Last year, Haines noted that during the Obama years there was cooperation with China, but there was also recognition that the relationship was becoming more combative. Though decoupling has advanced in the telecom sector, Haines stressed that the U.S. needs to continue to welcome Chinese students to come to the U.S. Talent, she notes, is the key to U.S. competitiveness. Haines also argues that international collaboration is necessary to defend intellectual property and personal data. Such collaboration will allow the U.S. to pressure China to change its behavior in cyberspace. 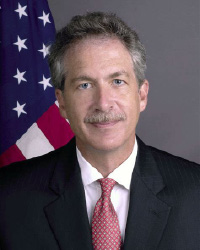 Career diplomat Burns served as ambassador to Russia and Jordan and as deputy secretary of state. He currently heads the Carnegie Endowment for International Peace, a think tank. He helped to orchestrate the Iran nuclear deal, which included China among the partners. In his memoir, Burns wrote that nothing mattered more for the U.S. than dealing with China. In an interview, he stressed that a defensive posture towards China was a mistake. He saw the TransPacific Partnership as an offensive move to strengthen the U.S. position in Asia and shape the environment of the U.S.-China rivalry. 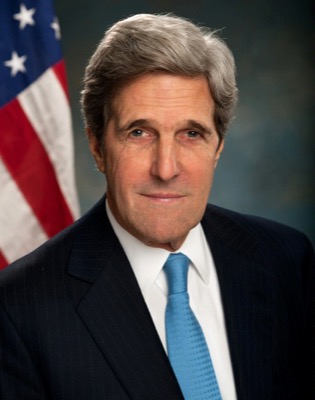 Biden’s former senate colleague and Obama’s second secretary of state is well known in China and has often met with Chinese leaders. Like Biden, Kerry believes that combating climate change is an existential issue. He knows the terrain well, having helped negotiate the 2015 Paris Agreement. Kerry sees the U.S., China and India as the key players on this. Some argue that Kerry thinks the U.S. can deemphasize other issues in the U.S.-China relationship in order to foster cooperation and progress with China on climate change. For his part, Kerry says, “[W]e’re going to have to reach out, build up [the relationship with China], but also be absolutely firm about things that we disagree with.” 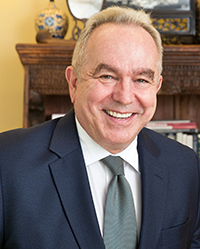 Campbell served as Assistant Secretary of State during the first Obama administration (and spoke with USCI then). Prior to that he had served in the military, taught at Harvard, and served on the National Security Council and as Deputy Assistant Secretary of Defense for Asia and the Pacific. He co-founded the Center for New American Security, a think tank, and The Asia Group, a consultancy. He helped develop the Obama “pivot to Asia” (and later wrote The Pivot). Campbell was on the front lines as the U.S.-China relationship became increasingly antagonistic. In recent years, he’s published extensively on America’s role in Asia and its ties with China. In 2018, he and Ely Ratner launched a lively debate with an article titled “The China Reckoning.” They concluded that America, free traders, global integrationists, and hawks alike, overestimated our “power to shape China’s trajectory.” The U.S., they wrote, needed to be more realistic in dealing with China and not seek to isolate, weaken or transform it. Instead, the focus ought to be on strengthening the U.S. and rebuilding its alliances.