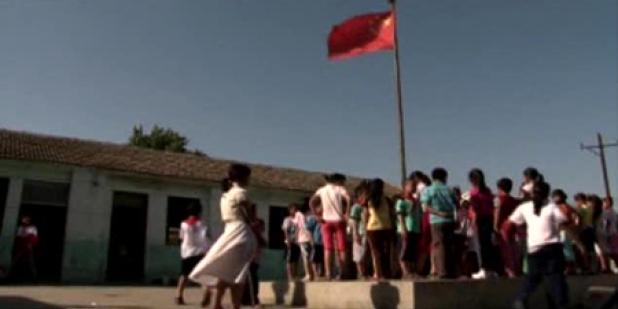 It may sound like a reality television show challenge, but it's part of an innovative partnership between the USC School of Cinematic Arts and the Communication University of China in Beijing. A handful of students travel across the ocean, pair up with students they've never met or communicated with and then work intensively over six weeks to produce penetrating explorations of important asks of life in a global city. The program began in 2006 at USC (click here to see those films) and since then has alternated between Los Angeles and Beijing. At USC, Professors Marsha Kinder and Mark Jonathan Harris launched the project. Generous donations from Stephen Lesser have made the project possible.The USC US-China Institute has also provided financial support for the initiative. In summer 2009, USC Professor Johanna Demetrakas and CUC Professor Sun Zengtian oversaw the project.

The films have since been screened in both countries, most recently in Orange County as part of the "Ancient Paths, Modern Voices" festival organized by Carnegie Hall and the Orange County Philharmonic Society (click here for images and a video from the screening).

Thenmozhi Soundararajan and Jane U

“Children of the Sun”
In an orphanage for children of incarcerated parents, a boy misses his mother.

"Shadow House”
A visual ode to an odd commune of Shadow Players who struggle to keep a dying art alive.

“Turn of the Harvest”
A married couple, simple farmers, lead a complicated life.

“Little Monk”
A 42-year-old monk who has just entered a monastery ponders his life decision.

“Big Red Heart”
A performance artist wears a signboard declaring his love for his fiance, but she has other ideas.

"Director"
A film of the students making these films.