Western classical music was condemned during China's Cultural Revolution. But China is now the principal producer and largest consumer of many "Western" musical instruments.
October 14, 2021
Print 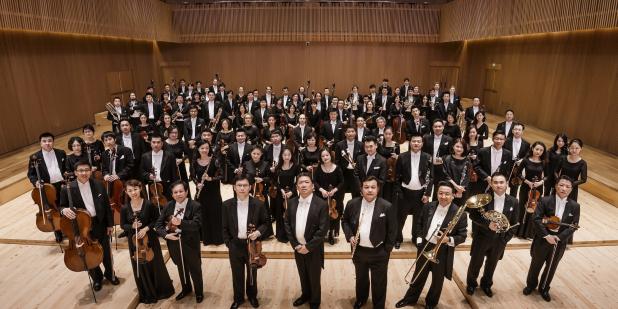 Shanghai's Symphony Orchestra traces its history to a band created by a handful of Europeans in 1879. Over time, the Chinese audience for Western classical music grew. Leading Chinese educators established the National Conservatory of Music in Shanghai in 1927. It was renamed the Shanghai Conservatory in 1956. A decade later, the Cultural Revolution brought attacks on bourgeois foreign composers and 500 of the institution's pianos were smashed. Many talented musicians came under attack. Elsewhere, pianos and other instruments were used for the "model operas" and other approved music. With the U.S.-China rapprochement, however, cultural exchanges began, including two week visit of the Philadelphia Orchestra in September 1973. That historic trip and the ongoing story of Western classical music in China and of the Philadelphia Orchestra's continuing ties to China are explored in a terrific documentary, Beethoven in Beijing. We invite you to join us this Saturday for a virtual screening of the film followed by a Q&A with its producer-director Jennifer Lin. 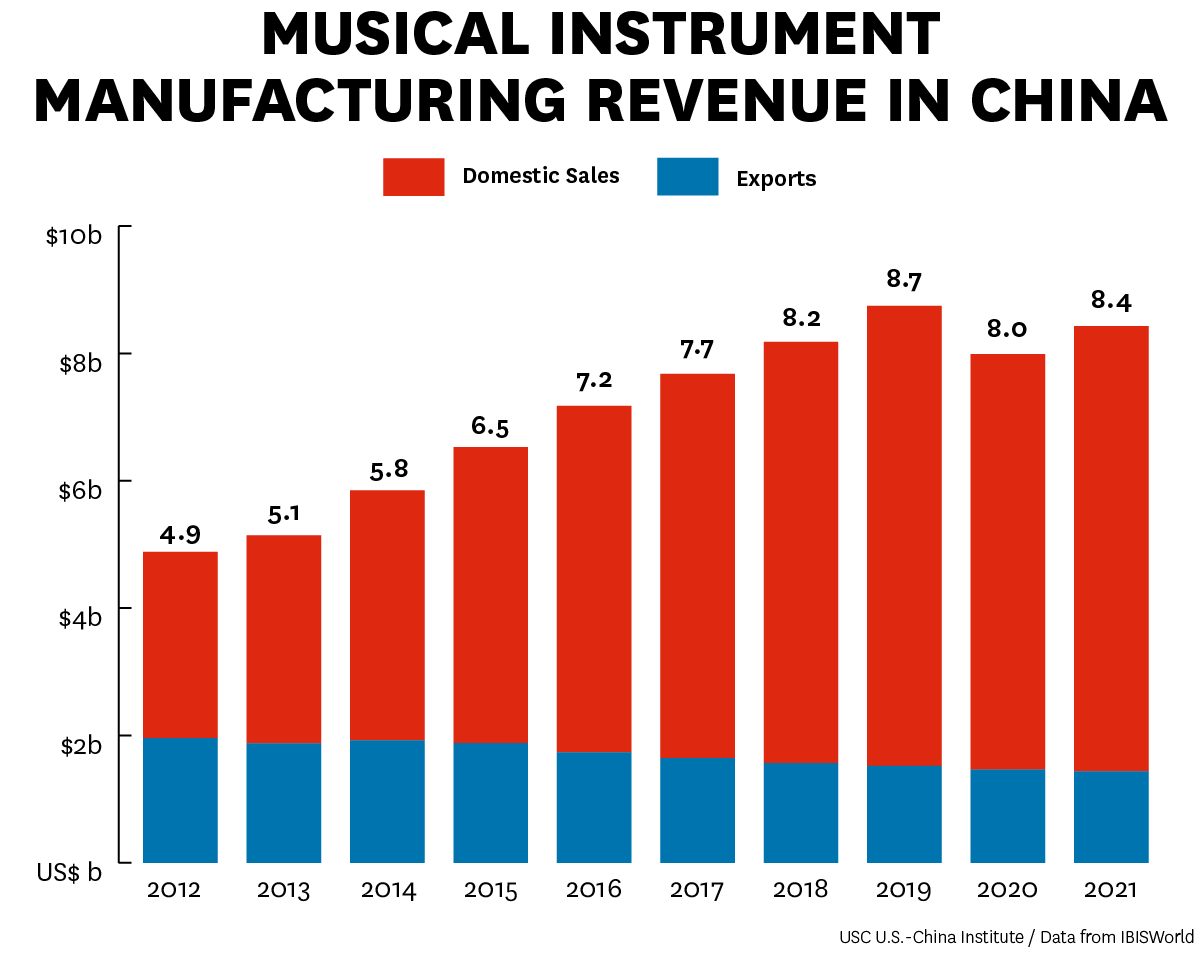 Chinese revenue from producing musical instruments has grown significantly in the last decade, driven by increased domestic demand, to over half of global revenue. The importance of exports to total revenues has shrunk, from 46% to 16%.

Western instruments dominate musical instrument revenues. China produces and sells about 350,000 pianos a year, over 80% of the world's supply, but many high-quality components are still imported from Germany, Japan, and Australia. China also manufactures 60% of the world's violins. These products are cheaper than European and foreign competitors, which has helped increase market share. But despite these increased sales of musical instruments within China, Chinese participation in arts training is only 2.5% of the population, much lower than the 20% in some countries. 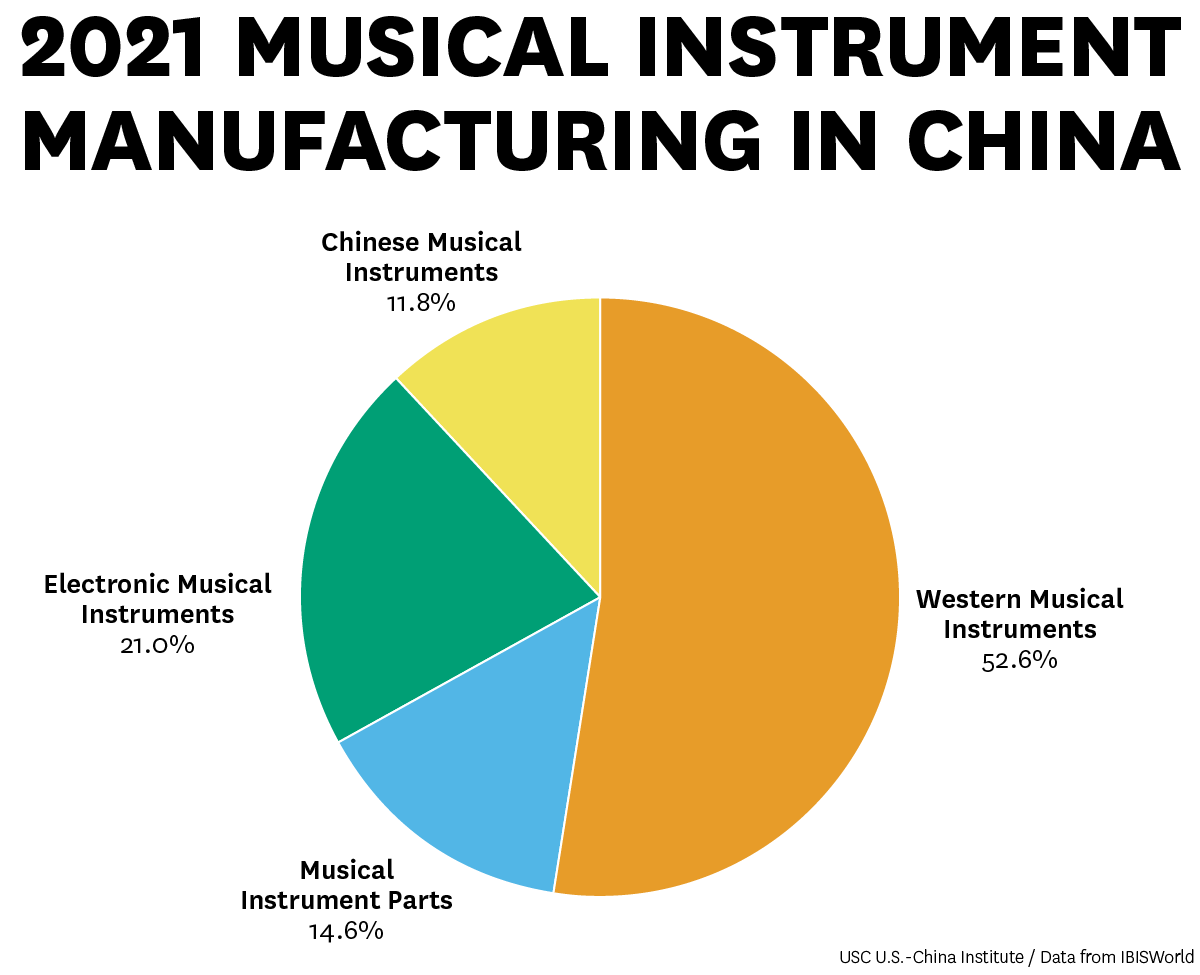