David Zweig examines the Hong Kong protests and their aftermath. 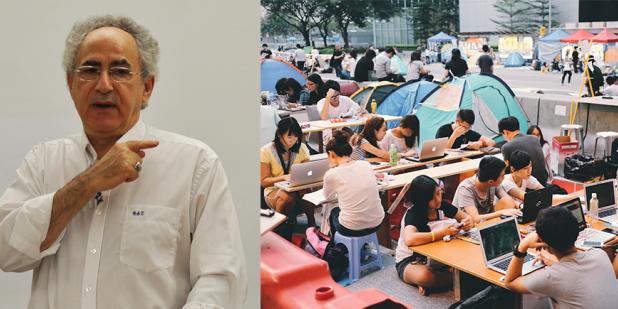 On August 31, 2014, the Chinese National People’s Congress issued guidelines for the 2017 election of the Hong Kong Chief Executive. Beijing directed that while every Hong Kong citizen would be permitted to vote, only candidates nominated by a committee controlled by Beijing would be permitted to run for the position. Large numbers of people in Hong Kong were upset by this and in mid-September, students organized class boycotts in Hong Kong schools. Students and others began demonstrating in Hong Kong business districts. On September 27, some marched on the Hong Kong government offices where they were met by police. Police used pepper spray against some of the protestors, some of whom were injured. Others were arrested. Media coverage of this clash generated support for the protestors, who then launched an Occupy Central encampment. Businesspeople complained about the inconvenience and loss of business. Much would happen over the next three months. The protests fluctuated as the government and demonstrators sparred in the streets and in the media. The government and student leaders met and were unable to bridge the gap between the position laid down by Beijing and the open election demanded by Scholarism and other student groups. Some in government blamed the demonstrations on external forces. Violence broke out in several locations, sometimes between police and demonstrators, but also between demonstrators and groups anxious to end the protests. Eventually, in December a Hong Kong court accepted the argument from a bus company that the protests were disturbing the peace and interrupting business. The court ordered the government to remove barricades and tents. On December 11, police moved in and cleared the protest sites. 247 people were arrested in the process.

On January 22, 2015, distinguished Hong Kong-based scholar David Zweig visited and spoke on who won and lost in these protests. Zweig concluded that the big winner was C.Y. Leung, the Hong Kong Chief Executive who weathered this storm and earned the continued backing of Beijing. Zweig argued that the Umbrella Movement (as the demonstrations came to be called due to the protestors use of umbrellas to fend off pepper spray) had failed. The demonstrators had not managed to get Beijing to reconsider its plans for the 2017 election and had also failed in getting C.Y. Leung to step down, on his own or at the urging of the Beijing authorities. It was a lively presentation and resulted in a spirited discussion, touching upon how Hong Kong residents see themselves and the mainland, the attitude of mainlanders toward Hong Kong, and the limits on self-determination in the Hong Kong Special Administrative Region.

Zweig was frequently cited by the press during the demonstrations and he contributed op-eds on the subject to the South China Morning Post. In those media appearances and in his USC talk, Zweig drew on his extensive experience following Hong Kong and Chinese politics and his first hand discussions with officials, businesspeople, and students in Hong Kong.

David Zweig, a member of the USCI board of scholars, is also Chair Professor of the Division of Social Science at the Hong Kong University of Science and Technology. He is Director of the Center on Environment, Energy and Resource Policy and Associate Dean, School of Humanities and Social Sciences. A Canadian, Zweig earned his doctorate at the University of Michigan and taught at Tufts University before moving to Hong Kong in 1996. He is the author of four books, including Internationalizing China: domestic interests and global linkages (Cornell Univ. Press, 2002). He has also edited five books in both English and Chinese and several special issues of academic journals.

The Role of the Communist Party in China’s Reverse Migration, January 2013
Energy Challenges: The Views of Chinese University Students, April 2007