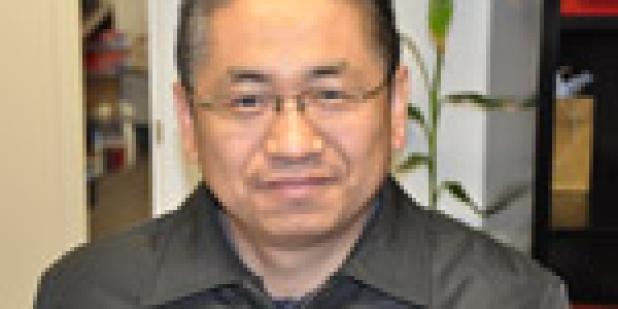 In a country with fifty-six official ethnicities, China’s cultural, geographic and linguistic diversity is astounding.  Yang Zhongdong, a professor at Xinjiang University in Urumqi and currently a visiting scholar at the USC US-China Institute, points out that establishing connections across ethnic lines is the first and most important step in achieving social integration and harmony in China.  The Xinjiang Uyghurs Autonomous Region, Professor Yang adds, has thirteen historical ethnicities recognized by the Chinese government and embodies China’s diversity.

Since 1999, Professor Yang has taught at Xinjiang University’s School of Humanities, lecturing on the history of Xinjiang.  His research interest focuses on contemporary Muslim communities in Xinjiang province.  Born in Urumqi, the region’s capital, Professor Yang is a Hui, a Muslim ethnic minority. This background helped inspire his study of the history and the culture of Xinjiang.  He first earned a bachelor’s degree at Xinjiang University in English, and subsequently pursued graduate studies at South-Central University for Nationalities where he wrote his master’s thesis on the development of Islamic thought by a Qing dynasty Muslim scholar.

As a scholar in Hui Studies, a fairly new discipline, Professor Yang emphasizes the importance of the ethnological discipline in his research.  Ethnology, according to Professor Yang, incorporates a large amount of fieldwork that is essential to studying one specific ethnicity.   The diversity of China dictates that an ethnological approach to studying the Xinjiang people is indispensible.

“Ethnology involves making connections with people,” Professor Yang says.  “It allows scholars to get involved in a different perspective.”  Studying the culture and history of Xinjiang hence serves as an important basis for what he views as crucial to a “harmonious coexistence” of various ethnicities in China.

In 2009, Professor Yang received fellowships to conduct research abroad.  He is comparing how religion and ethnicity shape the identity of Muslim minorities in the U.S. and China. Professor Yang chose to come to the heart of Los Angeles because University of Southern California is an ideal place to study diversity.  USC boosts the largest international student population of any university in the United States, and as a teacher himself, Professor Yang believes it is an excellent way to learn about campus culture.  Professor Yang currently sits in on various classes on race and gender, anthropology, and international relations at USC.

Asked about what he likes about Los Angeles, he says without a moment of hesitation, “certainly the diversity.”

A list of Professor Yang's publications can be found here.

Ying Jia Huang is a senior at USC majoring in International Relations, History, and East Asian Languages and Culture.