USC researchers race against a tick-borne illness originating in China 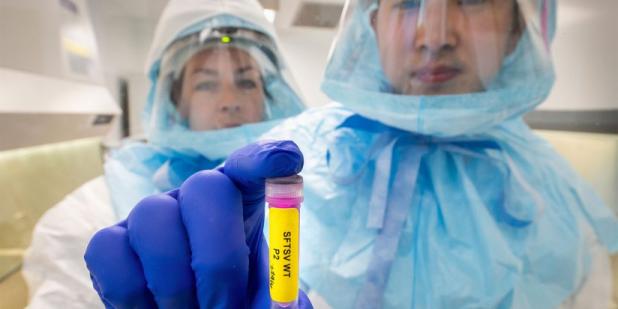 Two groundbreaking discoveries by USC researchers could lead to medications and a vaccine to treat or prevent a hemorrhagic fever, transmitted by a new tick species, before it spreads across the United States.

In the Jan. 7 Nature Microbiology, researchers describe the molecular mechanisms used by the virus to infect and sicken humans, a puzzle that has stumped scientists since the disease emerged in rural China in 2009.

In a related discovery published in Nature Microbiology last month, researchers at USC and in Korea found that aged ferrets with the virus exhibit symptoms similar to those seen in older humans, while young ferrets show no clinical symptoms. An animal model through which to study the virus, a crucial tool in vaccine or drug discovery, has been elusive until now. 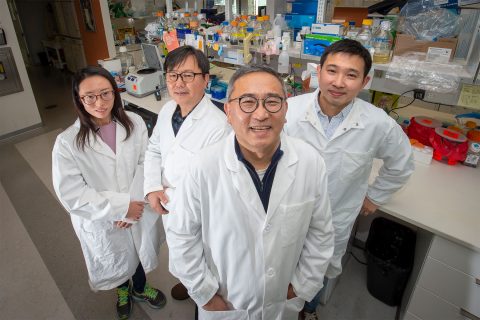 “The ticks are already in the United States. If they start spreading the virus, it will be a major problem,” said Jae Jung, the study’s senior author and chair of the Department of Molecular Microbiology and Immunology at the Keck School of Medicine of USC. “I started studying this virus five years ago because once it appeared in China, I knew it would eventually appear in the United States.”

The findings come at a time when health officials are increasingly concerned about the growing danger of tick-borne illnesses. In the United States, Lyme disease accounts for most cases, but other illnesses are on the rise. The total number of reported cases has more than doubled in the past 13 years, according to the Centers for Disease Control and Prevention.

The new threat comes in the form of a bug new to North America — the Asian longhorned tick, Haemaphysalis longicornis. It’s a tiny, parasitic arachnid that’s a major livestock pest in East and Central Asia, where it thrives under temperate conditions. After a blood meal, females drop off their host to produce 2,000 eggs at a time, with or without the help of a male.

It can transmit severe fever with thrombocytopenia syndrome (SFTS), an illness that causes nausea, diarrhea and muscle pain. The illness is often lethal, killing up to 30 percent of hospitalized patients. The virus depletes blood platelets as it replicates, which prevents clotting and leads to hemorrhage similar to Ebola virus infection.

The disease has spread to Japan and Korea since it appeared in China. The SFTS virus has not been detected in the United States, but the Asian longhorned tick was found in nine states during the past two years: Arkansas, Connecticut, Maryland, New Jersey, New York, North Carolina, Pennsylvania, Virginia, and West Virginia.

The CDC considers the presence of the Asian longhorned tick in the United States an “emerging disease threat” and is recommending ongoing surveillance efforts and testing for pathogens. A virus genetically similar to SFTS virus, Heartland virus, and causing similar human illness was also recently discovered in the United States. Globally, the SFTS disease has caused infection of thousands of people a year in China.

In animals, the researchers disabled TPL2 with an inhibitor; as a result, the body’s healthy immune function kept viral replication in check, resulting in a milder infection – and suggesting that the TPL2 gene’s signaling pathway presents a potential target for a therapy.

“We’re very optimistic that these findings will help us get a vaccine up and running within several years,” said Younho Choi, a postdoctoral researcher in the Jung lab and the study’s first author. “We’re already developing various vaccine candidates in mouse and ferret animal models. The idea behind the vaccine is to outsmart the virus by putting a roadblock, allowing the body’s immune system to keep doing its job.”

In addition to Jung and Choi, authors of the Jan. 7 study are Ji-Seung Yoo, Sumanth Pudapakam, Suan-Sin Foo, Woo-Jin Shin and Sally Chen, all of USC; Su-Jin Park and Young-Ki Choi of Chungbuk National University in South Korea; Yinyan Sun and Wenhui Li of the National Institute of Biological Sciences in China; Philip Tsichlis of Tuft Medical School in Boston; Won-Ja Lee of the Korea Centers for Disease Control and Prevention; Jong-Soo Lee of Chungnam National University in South Korea; and Benjamin Brennan of the University of Glasgow in the United Kingdom.