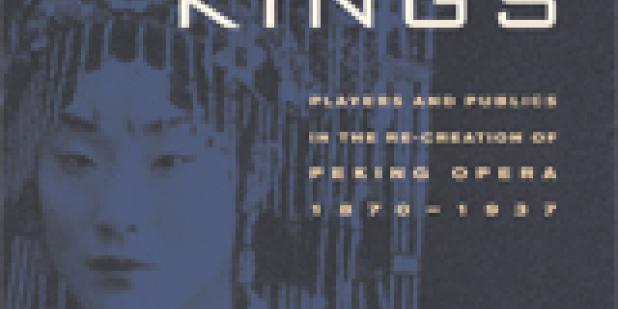 After its formation in China’s late Qing era, Peking opera rapidly rose in popularity. In Republican-era China, it was considered the epitome of the country’s national culture – stars of the Peking opera in the 1920s and 1930s were cultural icons. Associate professor Joshua Goldstein gives a detailed history of the city’s opera, looking into the lives of key actors, their social status, the nature and content of the performances, the audiences attracted to the opera and the relationship between Peking opera and Chinese nationalism.

The book has been endorsed by David Strand, author of Rickshaw Beijing:
"Drama Kings is a splendid piece of work, combining a rich texture of anecdote with an articulate and challenging theoretical position that reaches beyond the topic at hand. Goldstein breaks new ground by tackling opera in a fashion that is sensitive to a range of economic, social, and economic contexts. Clearly and elegantly written, this investigation of biographical, institutional, and social movements provides an especially rich set of perspectives on this period in China."

After nearly 10 years of collaborative research, Professor Charlotte Furth and her co-editors have compiled this volume explaining how premodern China produced empirical knowledge through carefully recorded case studies. The practice of writing case narratives, Furth writes in her introduction, “is almost as old as Chinese writing itself” and gave validity to judgments made by experts in fields such as medicine and law. Organized in categories – law, medicine, and religion and philosophy – the essays in this book examine how the Chinese thought in terms of cases dating back to the ninth century.

Professor Furth's own chapter in the volume focuses on the production of medical knowledge through case histories, evidence, and action.