A tenth of each day spent watching television 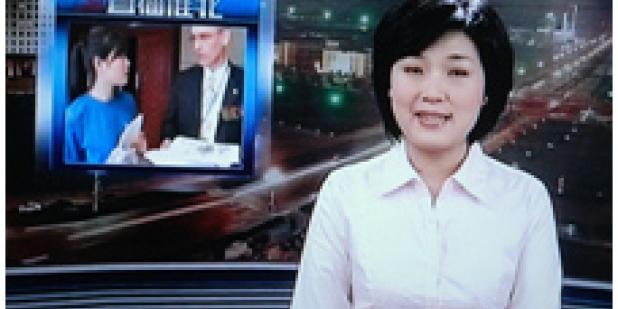 ON AN AVERAGE DAY in China individuals watch television for 2 hours and 38 minutes, according to a 2009 study by China Central Television. This average time grew 6 minutes from 2008. It reversed a four-year trend where the average time spent watching television declined. By comparison, the average American in the first quarter of 2009 spent more than double this amount of time daily, or about 5 hours 15 minutes. The viewing time for Americans is increasing as well, going up two minutes a day to 5 hours 17 minutes in 2010.

This increase in viewing time in China may be indicative of a rising standard of living. A second study (released in 2010) conducted by Nielsen within Shanghai - “one of the most sophisticated cities in China” as they say - revealed an average viewing time much closer to that of Americans’ at 5 hours 12 minutes a day – only 5 minutes behind Americans in 2010. As more people rise from poverty, as is the case in Shanghai and other cities, they are more likely to own and watch television.

In China as in the US, most people continue to consume television via a standard set. In China people spend 6 times more time watching TV via sets as opposed to online or via cell phones. In the US, people watch 8 times more TV via their sets than they do via computers or phones.

Internet and phone viewership, however, is rising in China. For the 2011 spring festival gala program, annually China’s most watched television program, online viewers rose 2.5% while viewership via sets dropped by a like amount.

Furthermore, simultaneous viewing in Shanghai is on the rise. A 2011 Nielsen report says 44% of those surveyed watched TV while surfing the internet or using their smartphones. Such multitasking, watching TV and accessing the internet, is the norm in the U.S. About 59% of viewers do this.

CCTV is China’s most watched network. Virtually all television

viewers there have access to it. It’s market share is 34%. Provincial networks account for another 30% of the market. In the U.S. in 2010-2011, CBS had the most viewers, while Fox had the larger share of viewers in the highly coveted age 18-49 group.

Nielsenwire, “One Screen Not enough for Chinese Consumers,” Mar 7, 2011, <http://blog.nielsen.com/nielsenwire/global/one-screen-not-enough-for-chinese-consumers/>, accessed May 19, 2011.