Early on, the Trump administration identified access to American universities as helping China advance. The administration has been pushing back against this in several ways, including the Department of Justice’s China Initiative which has American academics among its targets. Now students from China are under greater scrutiny. 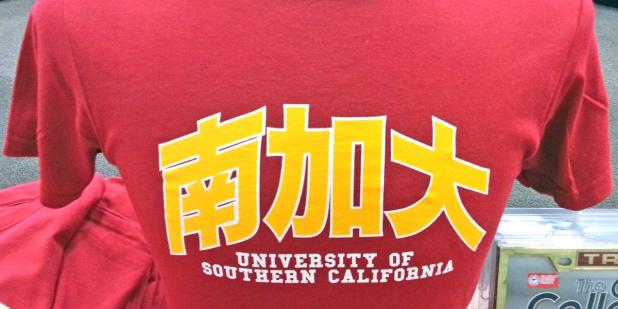 Early on, the Trump administration identified access to American universities as helping China advance. The administration has been pushing back against this in several ways, including the Department of Justice’s China Initiative which has American academics among its targets. Now students from China are under greater scrutiny.

USC has 6,199 students from China, more than any other university in the U.S. But USC isn’t alone in attracting Chinese students. More than 360,000 study at American colleges and universities. About one-third of all international students in the U.S. are from China. Most are graduate students, many in science, technology, engineering and mathematics (STEM). New U.S. policies may change this.

At the end of May, President Trump authorized the State Department to deny visas to Chinese students with ties to schools or companies linked to China’s military or its military-civilian fusion efforts. The executive order permits the State Department to revoke the visas of students already in the U.S. Because it is not clear which Chinese institutions are included in the ban, it is impossible to know how many potential students and scholars might be affected. The new measure continues the tightening begun two years ago when the U.S. began limiting visas for new students from China in aviation, robotics or advanced manufacturing to one year rather than five. Most Chinese students are sponsored by their families or their American universities, but some are supported by the Chinese government. In 2019, the Chinese government complained that 13% of their sponsored students were denied visas, up from 3% the year before. Last week, another executive order suspended new employment visas for the rest of 2020. This does not affect “optional practical training” opportunities for new graduates, including those from China, but will impact U.S. companies needing employees in “specialty occupations.” About 18% of the 138,927 new visas granted last year went to PRC citizens. More than half went to Indians.

These restrictions may cause some Chinese students to look elsewhere to study. Some Americans are happy about that. They believe that involving Chinese students in advanced research is a net loss for the U.S. At a 2018 dinner with CEOs, Trump reportedly claimed that “almost every [Chinese] student that comes over to this country is a spy.” A month ago, Florida Senator Rick Scott argued that all Chinese students should be subjected to strict vetting and monitoring, saying “every citizen of Communist China by law has to spy on behalf of their country.”

Many American academics respond that working with Chinese students and scholars contributes to American scientific progress and innovation. Most acknowledge that research into some technologies is so sensitive that non-citizens should be excluded and believe that intellectual property developed through U.S. taxpayer funding should benefit the U.S. All recognize that intellectual property theft is an issue, but neither government nor independent reports claim that Chinese students were primarily responsible for such theft.

Closing academic doors to Chinese students erodes American competitiveness. Looking at the field of artificial intelligence, the Paulson Institute reports China produced 29% of the top AI researchers. More than a quarter of the AI researchers at top U.S. schools came from China. Nearly nine of ten Chinese students earning AI doctorates in America go to work in the U.S. China is investing heavily in A.I. China’s government would be delighted if such talent would stay in or return to China. In seeking to block intellectual property theft, the U.S. might lose the very intellectuals who help produce it.