The USC U.S.-China Institute needs your help. All gifts help us move forward in our work. This week's Talking Points discusses the Trump National Security Strategy and includes our calendar of China-focused exhibitions across North America. 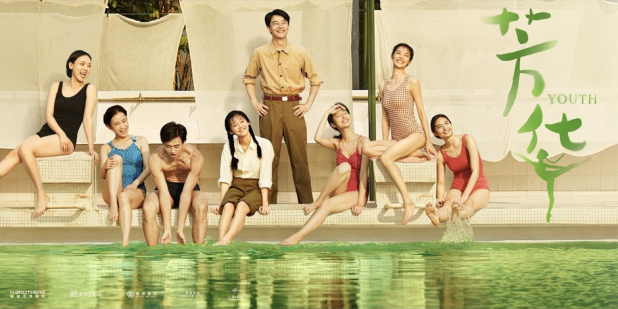 Since 2006, the USC U.S.-China Institute has worked to inform public discussion about the nature and importance of the U.S.-China relationship. That relationship, of course, has only become more important and more complex over the past eleven years. We believe you value our efforts and we ask today for you to support them with a tax deductible contribution.

The easiest way to give is to use your credit card via the secure USC website. Please click on the button below to complete your donation. You can also contribute by check or wire, click here for details.

This week the Trump administration released a new U.S. National Security Strategy report. These reports are mandated by Congress. Pres. Donald Trump introduced the report and argued it was a significant break from the past. 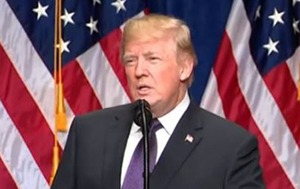 Trump began by complaining his predecessors negotiated trade deals that cost American jobs and benefited other countries, hadn’t made allies pay their fair share for defense, had neglected North Korea’s nuclear ambitions, had permitted the rise of ISIS, had hemmed in U.S. energy producers, and had permitted illegal immigration. Trump said his administration was reversing course, spending a record amount on defense and slashing regulations that stifled economic growth. He pledged to rebuild American infrastructure and to defend American innovation from cybertheft and other threats.
The president described China as a rival, but noted that he hoped to build a great partnership with it, with Russia, and with other countries.

In the document itself, the U.S. administration made explicit where it sees China as a rival. It wrote that China:

“expanded its power at the expense of the sovereignty of others”
“Its efforts to build and militarize outposts in the South China Sea endanger the free flow of trade, threaten the sovereignty of other nations, and undermine regional stability”
“spreads features of its authoritarian system, including corruption and the use of surveillance”
“steal[s] U.S. intellectual property valued at hundreds of billions of dollars”
“is building the most capable and well-funded military in the world” [after the U.S.’s]
aided by “its access to the U.S. innovation economy, including America’s world-class universities”

In 2015, the Obama administration’s NSS also highlighted concerns regarding China’s military modernization and tensions created by its actions in the East and the South China Seas. The administration pledged to combat Chinese cybersecurity and to hold it accountable on human rights issues. But it emphasized that the U.S. welcomed “the rise of a stable, peaceful, and prosperous China” and highlighted cooperation with China in combating climate change and in realms such as public health and nuclear non-proliferation.

While previous administrations have expressed concern over Chinese actions in Asia, the Trump NSS is the first to describe China as competing with the U.S. for influence in Europe, Africa, and Latin America. This reflects both China’s greater engagement in those areas and rising American concerns that Chinese investment and assistance may foster detrimental dependence and may work against greater governmental transparency and accountability.

By far the Trump’s biggest break with its predecessors, however, is to insist that those leaders mistakenly thought that supporting “China’s rise and for its integration into the post-war international order would liberalize China.” In fact, it seems that previous administrations were all too aware that Chinese practices and interests were not always aligned with those of the U.S., but in every instance, U.S. administrations since Nixon’s, have sought to find instances where the U.S. and China might find common ground and reduce tensions. At the same time, those administrations aided allies potentially threatened by China and sought to have China live up to international standards. It appears that, despite its protests, the Trump administration is also implementing a strategy of working with China where it thinks it can and pushing back where it sees Chinese actions as threatening American interests.

We have excerpted the China and Taiwan-relevant passages from strategy reports going back to 1987. Click here to read these excerpts in the documents section of our website.

At the Chinese Ministry of Foreign Affairs, spokesperson Hua Chunying 华春莹 first noted that trade had been in the interest of both countries and that U.S. companies which had invested in China made $36 billion in profits in 2015. The next day, she declined to say that China was a competitor of the U.S., but said that the two countries disagree in some areas. She insisted that “Cooperation is the only right choice for the two sides” and that the U.S. should respect China’s “core interests and major concerns.”

End of the Year Cinema Notes

China's state film authorities decided they didn't want the new Feng Xiaogang 冯小刚 film, Youth 芳华 , to be in theaters at the same time China's Communist Party held its 19th National Congress. Its release was delayed until last weekend. Many were anxious to see it in China. The film is also screening in North America, the U.K., Australia, and New Zealand. Youth follows several people through the last years of the Cultural Revolution well into the reform era. Critics have taken particular note of scenes highlighting the brutality of the 1979 Sino-Vietnamese war. Youth has already sold $98 million in tickets in China, pushing past Coco, a Disney Pixar animated feature, to be last week's box office leader. Chinese and foreign analysts have puzzled a bit over Coco's success. The story has a young man going against his parents' wishes to be a musician, a bit of rebellion young filmgoers might like, but the film also features the man interacting with his dead ancestors, something that might have worried film censors. Coco has thus far earned $155 million in China. Both Youth and Coco could end up among China's top box office films of 2017.

Disney screened its latest installment in the Star Wars franchise at its Shanghai theme park on Wednesday. Most Chinese, though, will have to wait until the film’s official release in China on Jan. 5. The film has already grossed $611 million worldwide. Rogue One, last year’s Star Wars spin off, earned $69 million in China and almost a $1 billion more worldwide. The year before, Star Wars: The Force Awakens made over $2 billion worldwide and $124 million in China. China’s top earning films the year (*=foreign films):

Chinese manufacturers, of course, do much to aid in the celebration of all sorts of holidays. Below are some of the Hanukkah and Christmas items currently for sale via Alibaba.

Talking Points will be back next week with our annual review of U.S.-China notables who have passed. We wish all who marked Hanukkah (ending Dec. 20) a belated Happy Hanukkah 光明节快乐！And we wish all who will celebrate Christmas, a very merry holiday 圣诞节愉快!