A Tale of Two Mao Genes Released in Beijing

The University of Southern California released a Chinese version of its interactive multimedia educational software for popularized science on July 7th, 2009 at China's Tsinghua University. 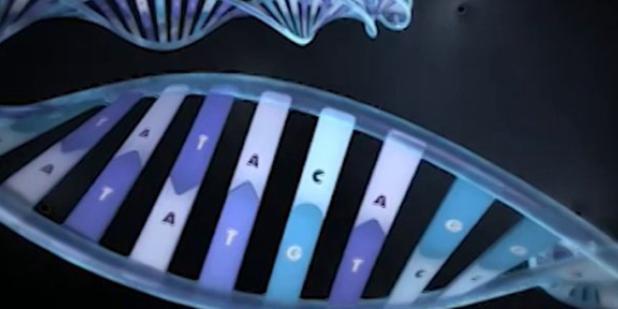 A TALE OF TWO MAO GENES RELEASED IN BEIJING

The Chinese version of A TALE OF TWO MAO GENES, an interactive multimedia educational software for popularizing science, was officially released on July 7, 2009 in the Tsinghua University of Beijing. This science education project grows out of a unique collaboration between Jean Chen Shih, professor of molecular biology in the University of Southern California schools of pharmacy and medicine, and Marsha Kinder, professor of critical studies in the USC school of cinematic arts and director of The Labyrinth Project, a USC research initiative on database documentaries and digital scholarship that has produced award-winning installations, DVD-ROMs and websites. Each was named a University Professor for her innovative interdisciplinary research, the only two women at USC to receive this honor.  With the help of Labyrinth media artists Kristy H.A. Kang and Rosemary Comella and talented students from USC’s Division of Animation and Digital Arts, Profs. Shih and Kinder have taken an important step in combining science and art to make biology accessible and exciting. This interactive project focuses on Dr. Shih’s thirty years of pioneering molecular research on a crucial pair of brain enzymes, known as the MAO A and MAO B genes (monoamine oxidase) that help control aggression and anxiety in mice and men. Her work has provided the first tangible evidence for a biological basis of aggressive behavior. Besides addressing the latest advances in molecular biology and in the human genome project, this multimedia presentation also treats the interplay between biology and culture and ethical questions in science (concerning stem cell research and cloning, the use of laboratory animals, and unequal access to drugs and treatment). By documenting the exciting discoveries of Dr. Shih and her colleagues, this project also encourages youngsters to choose science as a career. The Beijing Association of Sustainable Development (BASD) has sponsored the release ceremony, where the president Zhao Yan (BASD) introduced the origin and the process of A TALE OF TWO MAO GENES. MR Zhao indicated that "Last year, the delegation of the Beijing Municipal Committee of Science and Technology went to visit the University of Southern California, where the delegation found that the English version production of A TALE OF TWO MAO GENES was nearing completion, and the whole staff were all greatly interested in the way it drew on visual language and 3-D animation to explain difficult scientific concepts. Through the exchange, the delegation enriched the ideas on scientific communication and decided to introduce A TALE OF TWO MAO GENES, with a view to start the first step, so that Chinese new media artists can participate in science education and communication to promote the close integration between China's scientific research and popularization. With the support of the Beijing Municipal Committee of Science and Technology and the efforts of all parties, the Chinese version of A TALE OF TWO MAO GENES eventually was successfully publicized. The Chinese version release of A TALE OF TWO MAO GENES opens a new possible path for China's scientific exploration. The transfer of scientific research to science popularization is an important part of science communication, which cannot be separated from the support of the arts. Here, the reunion of science and art creates a broad educational space for science communication. The Sino-US cooperation shows that science communication can span not only national boundaries but also academic disciplines.

Beijing Association of Sustainable Development is a non-profit organization aiming at promoting the sustainable development of Beijing.

Learning about Spanish cinema, narrative theory, children’s media, and digital culture, USC students benefit from the expertise of Marsha Kinder, a prolific film scholar whose works on Spanish cinema (Blood Cinema and Refiguring Spain) and children's media (Playing with Power and Kids' Media Culture) have been particularly influential. She is the author of more than 100 published essays and 10 books. For more than a decade, Marsha Kinder has been a leading force in determining the direction of new modes of expression and new narrative possibilities. Dr. Kinder is also founding director of The Labyrinth Project, whose media artists—Rosemary Comella, Kristy H.A. Kang and Scott Mahoy—have helped her develop DVD-ROMs, interactive installations and Websites that have taken materials traditionally expressed in films and books and transformed them into award-winning database documentaries, archival cultural histories, and science education. One of Labyrinth’s earlier science popularization projects was Three Winters in the Sun: Einstein in California, an installation seen by over 300,000 museum visitors at the Skirball Cultural Center in Los Angeles.

Jean Shih's career has been filled with firsts. In 2000, she became the first woman to be awarded the Volwiler Research Achievement Award by the American Association of Colleges of Pharmacy (AACP). Shih has spent most of her career studying monoamine oxidase (MAO), a brain enzyme that affects mood, depression, addiction, blood pressure, the sleep-waking cycle and even Parkinson's disease.
In 2002, her research team became the first to model the enzyme's three-dimensional structure and to work out the key amino acids involved in its active sites. Their findings have aided efforts to design better antidepressants and to find treatments for Parkinson's.
Earlier in her career, Shih became the first to locate two genes on the X chromosome that control the production of two different forms of MAO, MAO-A and MAO-B. Through a series of experiments, she found that genetically engineered mice missing the MAO-A enzyme were unusually aggressive, while those missing both forms of the enzyme displayed both aggression and anxiety. "This tells us that anxiety and aggression are regulated by similar neurotransmitter pathways," says Shih. Shih joined the USC School of Pharmacy in 1974 as an assistant professor of pharmacy/biochemistry. For her groundbreaking research, Shih also has received two MERIT awards from the National Institutes of Health.