Survey of American and Chinese opinion: Hope and Fear

The Committee of 100, a Chinese American organization, released the results of surveys conducted in the U.S. and China in August and September. Views on Taiwan show the greatest divergence. Americans give the U.S. government low marks on handling the U.S.-China relationship. Chinese generally have a favorable impression of the U.S.
December 13, 2007
Print 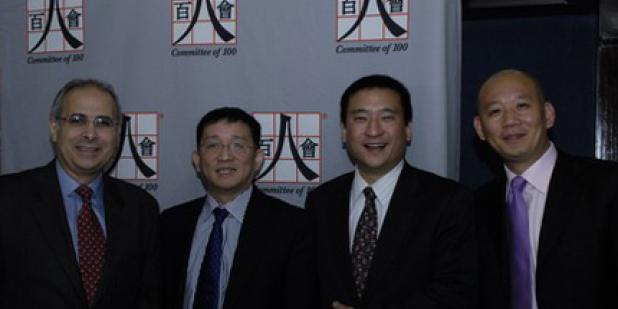 A new survey shows that hope and fear dominate American and Chinese impressions of each other. The survey was sponsored by a Chinese American group, the Committee of 100, and utilized data gathered by Zogby International (US) and Horizon Research (China) in August and September 2007. The survey builds upon one conducted in the U.S. in 2005. The Committee of 100 timed the Dec. 10, 2007 release to come just before the opening of the third round of talks in the U.S.-China Strategic Economic Dialogue. Here are the survey's basic findings. The complete report is available via the link below.

Majorities in both countries feel the cultural impact of the other country on their own has been positive. People aged 18-29 were much more likely to believe this than those in other age groups. Those who have visited the other country were more inclined to have a favorable impression of it.

2. China's Rise and U.S.-China Relations
Most Americans believe China's grown more influential globally over the past ten years. Only a third of the Chinese surveyed believe the U.S.'s influence has grown during that period. Asked who they thought would be the leading superpower 20 years from now, most Americans said the U.S. and about one in five said China. A majority of China's general public (55%) and business leaders (53%) said China would be the leading superpower. Only 31% of China's opinion leaders felt that. With regard to East Asia, most Chinese and most U.S. opinion and business leaders expected China to have the greatest influence in East Asia.

Clearly, on Taiwan, perceptions are quite different. And in the U.S. opinion on whether or not the U.S. should take an active role in China-Taiwan relations is quite divided. Most opinion (57%) and business (54%) leaders and Congressional staffers (64%) believe the U.S. should take an active role. Only 46% of the American general public responded that way. Most Americans oppose sending U.S. forces to intervene in China-Taiwan conflict triggered by a declaration of independence by Taiwan. In China, most of the general public and business leaders (both 53%) feel the Taiwan issue is moving towards a peaceful resolution. Fewer opinion leaders (41%), however, feel that way.

In terms of personal goals, Americans ranked having a happy family as the most important. 72% included it among their two top goals. "Living as I like" ranked second (38%), and having a successful career ranked third (23%). Chinese agreed that having a happy family was most important (54%), but put getting rich second (42%) and "living as I like" third (28%).

Opening statements in the third round of the U.S.-China Strategic Economic Dialogue are available in the resources section of the U.S.-China Institute website: PRC Vice-Premier Wu Yi, U.S. Treasury Secretary Henry Paulson.