Sherwood Hu spoke at the conference Through Tinted Lenses? How Chinese and Americans See Each Other, hosted by the USC U.S.-China Institute, on the topic of film and television. 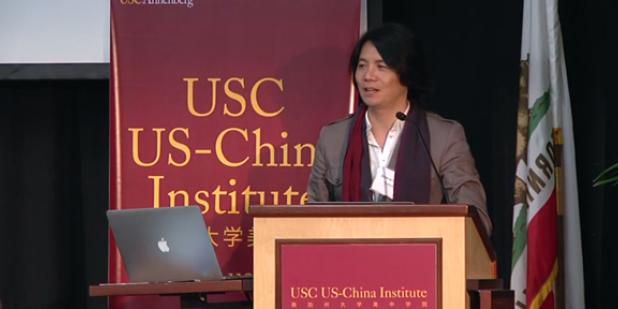 Sherwood Hu (胡雪桦) is a noted film and theatre director, scholar, and technological innovator. Educated in China and the U.S., he is dean of the film school at the Shanghai Theatre Academy. His film Amazing 神奇 (which includes NBA stars), is now in Chinese theaters. Other films include Prince of the Himalyas, Lord of Shanghai and Warrior Lanling. His television work includes the 40-part Purple Jade series and ratings champ Fighting Beijing. He created the 360 degree film for the Shanghai Pavilion at the 2010 Shanghai Expo.