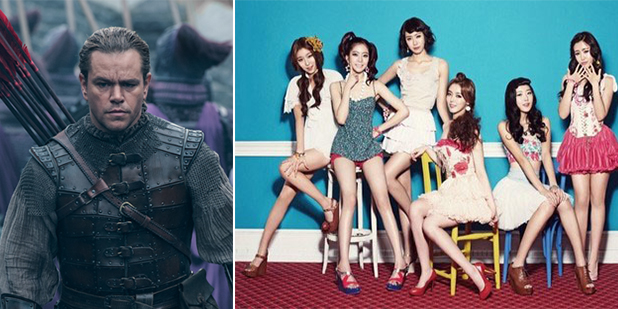 We are no longer accepting registrations for this workshop.

The USC U.S. - China Institute and the National Consortium for Teaching about Asia (NCTA) are offering a complimentary one-day workshop, East Asian Popular Culture, for all K-12 educators. The session will meet at USC on Saturday, March 11, from 9am to 12:30pm. Complimentary on-campus parking, breakfast, and lunch will be provided.

South Korean youth music and television dramas dominate East Asia. Its films have proven influential, prompting Hollywood remakes. South Korean stars are appearing in Chinese films. Meanwhile China’s film market has expanded dramatically and is now second only to North America’s. China added screens at a blistering pace in 2016, 27 a day, and now has more than the US. Hollywood is focused on that market, adding Chinese stars to big budget films and massaging scripts to please Chinese audiences. China’s investing heavily in developing its own industry and is increasingly drawing on Hollywood talent, such as featuring Matt Damon in The Great Wall.

Aynne Kokas is an assistant professor of media studies at the University of Virginia. Kokas’ work focuses on the intersections between Chinese and US media and technology industries.  Her book Hollywood Made in China examines the cultural, political and economic implications of US media investment in China as it becomes the world’s largest film market.

Suk-Young Kim is a professor at the School of Theater, Film and Television at UCLA.  Suk-Young Kim's research interests cover a wide range of academic disciplines, such as East Asian Performance and Visual Culture, Gender and Nationalism, Korean Cultural Studies, Russian Literature and Slavic Folklore. Her publications have appeared in English, German, Korean, Polish and Russian.

Optional: In the afternoon from 1pm to 4pm, Professor Jennifer Jung-Kim from UCLA will provide a presentation on pre-1800 Korea as a part of the Traditional East Asia seminar series. This is not a part of the East Asian Popular Culture workshop, but if you would like to stay for the lecture, please indicate it in the registration form below.