A wave of nationalism from government leaders threatens to halt the global collaboration to find a vaccine for COVID-19. 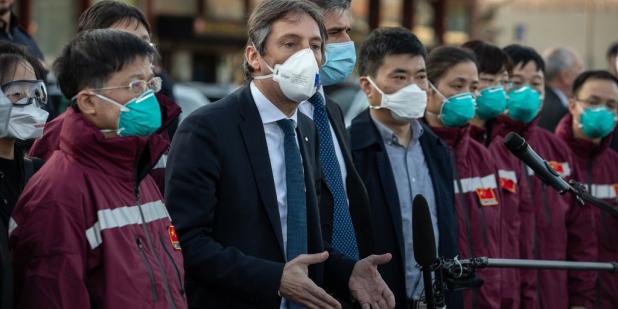 With more than 2 million confirmed cases and over 132,000 deaths worldwide, COVID-19 is a virus that knows no borders. On Monday, over 100 experts signed a World Health Organization (WHO) declaration to "strengthen the unprecedented worldwide collaboration, cooperation and sharing of data" to find a vaccine for COVID-19. Harvard University and the Guangzhou Institute of Respiratory Disease are joining in a five-year, US$115 million research initiative to study the virus. Even longtime rivals Apple and Google are allowing their competing phone operating systems to communicate with each other to aid in tracing the virus.

The U.S. and China have come together to combat viruses before. Under President George W. Bush, the U.S. Centers for Disease Control and Prevention (CDC) helped the Chinese government contain the spread of SARS. The CDC also worked with its Chinese equivalent during the H1N1, H7N9, and Ebola outbreaks during the Obama administration. President Trump, however, campaigned on being tough on China and, not wanting to aid a competitor, halved the number of the CDC and National Institutes of Health staff in Beijing.

Trump's "America First" agenda has come out in full force during the pandemic. This week he announced that he is halting funding to the WHO, of which the U.S. contributes 22% of its budget, while it reviews the WHO handling of the crisis. This comes after he diverted a shipment of N95 masks headed to Germany and tried to buy the exclusive rights to a COVID-19 vaccine. This surge of nationalism is contagious too, it seems. Countries around the world are banning exports of medical supplies, such as masks, respirators, and the anti-malarial drug hydroxychloroquine, to make sure that they have enough for themselves. China, despite now allowing masks and equipment out of the country, seems to be preventing research from being published to control the coronavirus narrative.

Viruses don't care what your passport says. Governments must follow the collaborative example set by thousands of researchers, scientists, doctors, and companies if we hope to brave this crisis and future ones.