SARS is cause for concern, not panic 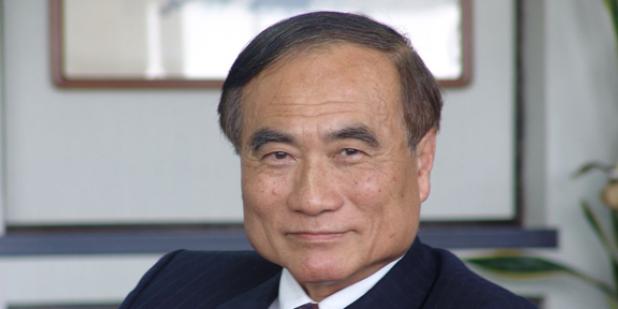 This article was originally published on May 16, 2003 by USC Weekly.

Interest in severe acute respiratory syndrome, or SARS, proved to be infectious when more than 100 people crammed into a USC Institute for Genetic Medicine seminar to hear the latest news on the highly hyped disease.

Infectious disease expert Fred Sattler and microbiologist Michael M.C. Lai, both from the Keck School of Medicine, assured gathered students and faculty and staff members on April 30 that while SARS gives cause for concern, no one should be paranoid or panicked over the disease.

Sattler discussed the clinical nature of the disease, while Lai described the scientific detective work underway on the coronavirus suspected as the protagonist in the spread of SARS.

Public health specialists have successfully identified cases and controlled spread of the disease in the United States, Canada and now parts of Asia (Vietnam), Sattler noted. In California, experts have seen 44 suspected and 24 probable cases of SARS, and only one confirmed case. Los Angeles County has five suspected and six probable cases at last report.

In China, the disease continues to spread, but the Chinese government has introduced stringent quarantine procedures.

Of about 7,700 cases worldwide, 7.8 percent of patients have died. For comparison, Sattler said, "each year more than 35,000 people in the United States die of influenza and 114,000 need to be hospitalized."

Part of the fear surrounding SARS comes from its novelty.

But recent history is full of new infections, such as legionella, hantavirus and West Nile disease—and they will keep emerging, said Sattler, professor of medicine at the Keck School and in the Department of Biokinesiology and Physical Therapy.

Sattler explained that initially, the disease mimics influenza, or the flu. Fever, dry cough and shortness of breath precede pneumonia. Researchers are still not sure how SARS is spread, but they suspect it moves by way of droplets expelled by infected patients, so spread is thought to be from hand to mouth as with most respiratory viruses.

Experts believe it first appeared in mid-November last year in the Chinese province of Guangdong. Yet SARS did not come to light until a Chinese businessman went to Vietnam via Hong Kong in late February and then fell extremely ill.

"A Vietnamese epidemiologist saw the case and became suspicious that something was wrong when a number of health care workers became ill shortly thereafter," Sattler said.

When the epidemiologist alerted local health authorities, the World Health Organization sent a team to investigate; and so the SARS panic began.

Physicians and health researchers are helping control the contagion by tracking down every case and following the chain of transmission, isolating people who have shown symptoms until they are found free of the disease or are no longer considered infectious.

According to the Centers for Disease Control and Prevention, based on patterns of transmission, experts to date have no evidence that asymptomatic carriers can infect their contacts.

Yet, Lai admitted that researchers do not know if patients, once infected, can be permanently cured or if they might relapse.

That is just one of the many questions still looming about SARS, said Lai, Distinguished Professor of Microbiology and Immunology at the Keck School. Scientists wonder: Exactly how is it spread? How contagious is it during incubation and recovery? Are there any people who can be considered "super spreaders"—people who cause clusters of infection? Do ribavarin and steroids help in its treatment? What makes it so virulent? Will the virus come and go seasonally for years?

Still, Lai said, "It is amazing that within one month, scientists have isolated and identified the coronavirus associated with SARS." Scientists were able to grow the virus in Vero E6 cells and observe coronavirus-like particles in them, a feat Lai calls "a very lucky break."

But if a coronavirus does cause SARS, where did the virus come from? "I would put my money on an avian coronavirus," Lai said, but no one can be sure.

Perhaps that would surprise Lai more if coronaviruses were not known for being so mutable.

They pick up pieces of other viruses, such as the influenza virus, and they mutate as well. They also reach across the animal kingdom, with different varieties infecting cats, dogs, turkeys, pigs, and, yes, humans. "Something like 70 to 80 percent of people have the antibodies for a coronavirus," Lai said, though such viruses usually only cause cold symptoms.

Despite the SARS mystery, Lai is upbeat. Scientists have identified several regions of the viral genome as targets for drugs, and other researchers are sifting through 20,000 known compounds to see if any can help. Also, he notes, successful vaccines have been developed against numerous types of coronavirus.

Said Lai: "I expect an investigational vaccine within months."