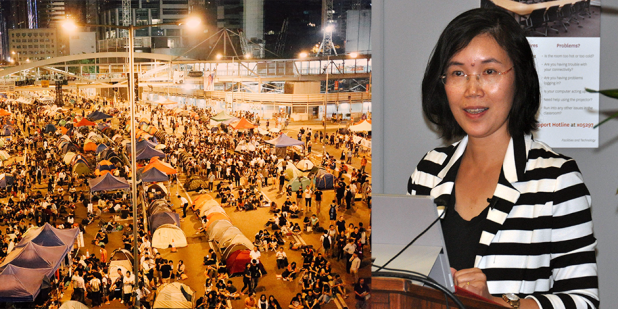 The 2014 Occupy Central crisis in Hong Kong is seen as China’s biggest political struggle since June 4, 1989 and the government crackdown on the pro-democracy “Beijing Spring” movement. The Occupy Central protests, also known as the “Umbrella Movement,” combined with its backdrop of different political climaxes in the three regions of Greater China and in the Western world, provides an extraordinary platform for a news framing study, as it involves political aspirations toward democracy, something that is valued and sensitized to varying degrees among different media systems. The conflicts between the protesters and the established rulers during the crisis allowed news media to adopt a variety of frames that are congruent with their political and social values.

Using frames derived from past studies and identified from original data, this study examines how Occupy Central was presented in the news coverage by U.K., U.S., Hong Kong, Taiwan, and mainland China media, and analyzes the frames exerted on the coverage. The newspapers studied in all five media markets were found to have constructed their coverage within the ideological boundaries prevailing in their respective societies. This resulted in differing portrays of the same event or the same issue. The findings show significant differences not only between contrasting media systems, but also between comparable ones. In the talk, Dr. Du will share her research findings and interpret the frames employed in the coverage in terms of the markets’ ideological differences. She will also explore the reasons for these differences and theoretical implications.