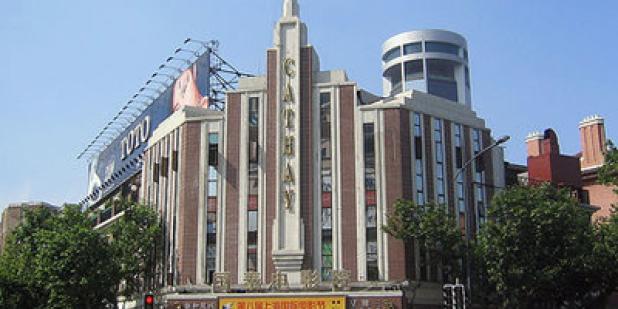 ON AN AVERAGE DAY IN CHINA film goers visit 1,325 movie houses, with 3,024 screens. The , with a much smaller population, has 6,100 movie theaters with 37,700 screens. As Paula Miller notes in The China Business Review, this means there’s just one screen for every 428,477 Chinese compared to about one screen for every 8,100 Americans.

One reason for the disparity is that propaganda aims drove (and to a lesser extent continue to drive) filmmaking and film exhibition efforts. Many Chinese saw films at their urban work units or when a mobile film exhibition group arrived in their village and films were shown outside or in schools. With economic liberalization in the 1980s, some entrepreneurs began opening video parlors screening tapes and then video cassette discs, often featuring films from . By the early 1990s urban families and, increasingly, affluent rural ones as well, had their own vcd/dvd players at home where they watched pirated films, often as soon as they were released to theaters. A single ticket at regular movie theaters was more expensive than a pirated disc. As a result, demand for the big screen experience has been limited.

In Loutang and Wuqiao, small towns outside , for example, theaters in the early 1990s were small and audiences consisted mainly of older male teens and migrant workers. In Loutang, the theater business was not enough to sustain the staff, which had opened up a small shop producing plastic bags.

In recent years, has opened up the film exhibition business to foreign investors. In 2004, the minimum investment required of foreigners wanting to enter the cinema business was reduced from RMB10 million to RMB6 million. Theater operators from Hong Kong and became able to open theaters in in May 2005.