Qingyun Ma named Dean of the USC School of Architecture 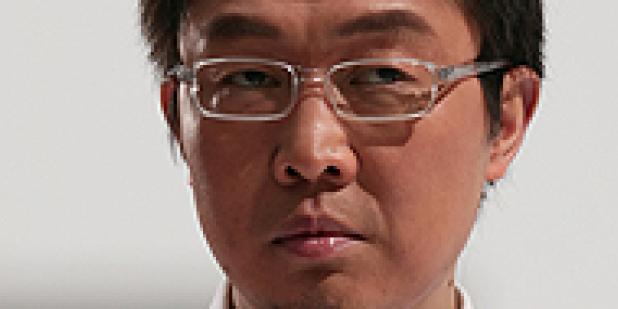 Internationally acclaimed architect and educator Qingyun Ma, founder and design principal of the groundbreaking Shanghai architectural firm MADA s.p.a.m., has been named dean of the University of Southern California School of Architecture, University President Steven B. Sample has announced. His appointment is effective January 1, 2007.

"We are extremely proud to announce the appointment of Qingyun Ma to serve as dean of the USC School of Architecture," Sample said. "His exceptional career spans many of the world's great cities and brings a new dimension of cultural exchange and social criticism to the art and science of architecture. Also, as a global university with a longstanding commitment to partnership with countries in the Pacific Rim, it is quite fitting for USC to name a native of China to this important deanship."

Recognized internationally for participative but uncompromising design, Ma's firm MADA s.p.a.m. is the most visible Chinese-based practice on the international scene. Ma's position in the vanguard of cutting-edge thinking toward urbanism and architecture is evidenced by the name of his firm, which places strategy, planning, architecture and media on equal footing. He believes that architecture must make sense in the whole stream of the social construct and mass communication, calling this concept "an architecture without boundary."

His landmark buildings include Qingpu Community Island in Shanghai, the Centennial TV and Radio Center in Xian and Tianyi City Plaza in Ningpo. Through MADA s.p.a.m., Ma has also created award-winning projects such as the Longyang Residential complex in Shanghai and the Silk Tower in Xian, which, at 100 stories, is the tallest building in Northwest China.

"Los Angeles is at the crossroads of a global convergence in architecture," Qingyun (pronounced Ching Yeun) Ma observed, "and the USC School of Architecture is positioned to take a leadership role in formulating the critical discourses and practices of the international architectural movement."

"USC's location on the Pacific Rim, its longstanding connections in Asia, and its strong emphasis on cultural diversity and social mobility all provide a rich context for the education and training of our next generation of architects. I am very excited about joining USC at this moment in its history, and about the opportunity to work with its outstanding students and faculty as we move the school into a position of leadership on the international scene."

Beyond his contributions to architecture, Ma is known for helping to prepare the world's next generation of architects, said USC Provost C. L. Max Nikias. He has served as visiting professor and critic at Harvard University, the University of Pennsylvania and Columbia University as well as at ETH in Zurich, Switzerland; Berlage Institute in the Netherlands; Universität Karlsruhe and Berlin Technical University in Germany; and the École Speciale d'Architecture in Paris. He is currently directing an urban research studio at Columbia.

"Qingyun Ma's remarkable career reflects the very qualities we value most highly at USC," said Nikias. "He is an innovative and creative thinker who can put exceptional ideas into practice. He has a reputation for architectural design of the highest distinction. He is dedicated to the education and development of the best young talent. And he is truly a world citizen, one whose life has been global in scope and impact."

Ma coordinated Rem Koolhaas' first Harvard Project on Cities, which resulted in the 1993 book The Great Leap Forward, and the two have collaborated on the Central China TV headquarters in Beijing and the Stock Exchange Building in Shenzhen.

Recently, Ma helped curate an important exhibition on Chinese contemporary art and architecture in Centre Pompidou, Paris. He is an architectural director of an upcoming show on Shanghai in Montreal and co-curator with Matilda McQuaid for an exhibition at the Cooper-Hewitt Design Museum in New York. He served as planning expert to the International Olympic Committee for the 2008 Olympic Games in Beijing, and he has served on important national competition juries, including the jury for the 2008 Olympic Stadium.

Ma's work has been exhibited throughout the world, including at the Venice Biennale, and his honors include the Design Vanguard award from Architectural Record, an Emerging Design Talents designation from Phaidon, and a New Trends of Architecture designation by the Euro-Asia Foundation. Before founding MADA s.p.a.m. in 1996, Ma practiced architecture in New York City with the noted American firm Kohn Pedersen Fox Associates.

David C. Martin, Design Partner with AC Martin Partners and a member of the USC School of Architecture Board of Councilors, welcomed Ma's appointment. "I am thrilled that Qingyun Ma has agreed to join USC as dean of the School of Architecture. I have been very close to the school for many years, and have always been impressed with the strength of its faculty," said Martin, who is a 1966 alumnus of the school. "I believe Mr. Ma will bring a real spark, a burst of energy to the school. He is exactly the right person at the right time for USC."

In 1988, Ma received a bachelor's degree in Civil Engineering in Architecture from Tsinghua University. He went on to study architecture at the University of Pennsylvania Graduate School of Fine Arts - the first Chinese citizen to do so since Sicheng Liang, a 1937 Penn graduate and a leading figure in both Chinese traditional architecture research and Chinese national architecture during the 1950s and 1960s.

While at Penn, Ma won the Frank Miles Day Memorial Prize and a prize for study and travel in Europe. He was granted a master's degree in architecture in 1991.

Ma is married to architect Shouning Li, who has been senior project manager for the Shanghai development company that created Xintiandi, one of the first projects in China to integrate the historic urban fabric into a modern commercial leisure and entertainment development. They have two sons, aged 10 and 8.