US-China Today spoke with Fang Gang on the implications of the passage of 2016 domestic violence law in China from a psychological perspective. 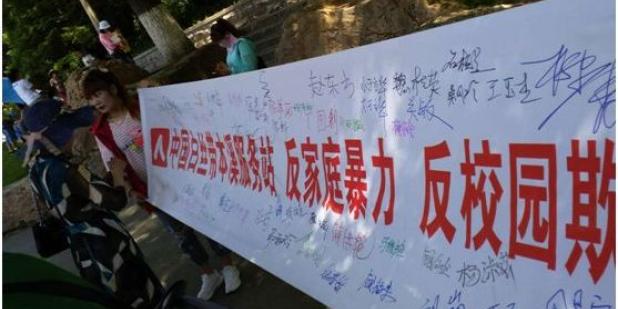 US-China Today spoke with Fang Gang on the implications of the passage of 2016 domestic violence law in China from a psychological perspective. Fang is a prominent researcher on gender studies and the founder of the Chinese branch of human rights NGO White Ribbon, which aims to have “men and boys work to end violence against women and girls, promote gender equity, healthy relationships and a new vision of masculinity.” Since then, the global campaign has spread to around 60 countries. Fang Gang formally introduced White Ribbon China in 2011.

Domestic violence abuse is rampant in China. According to AllChina Women’s Federation and National Statistical Bureau, in 2010, 34.7 percent of the Chinese population expressed they were involved in some form of domestic violence. Furthermore, restrictions on foreign funding for Chinese NGOs, which have been tightening since 2010, affect many women’s rights NGOs in China.

The passage of domestic violence (DV) law in 2016 was deemed a landmark success in China, as it created channels of intervention for domestic violence cases and thus provided formal protection measures for DV victims. However, the law defines DV as a civil, not criminal, law, thus making it highly insufficient. In 2016, an Amnesty International report stated only 149 persons were admitted to 2,000 shelters set up for DV victims in China. Furthermore, 10 months after the passage of DV law, only 14 out of 142 abuse-related divorces in the city of Jinan were successfully granted. 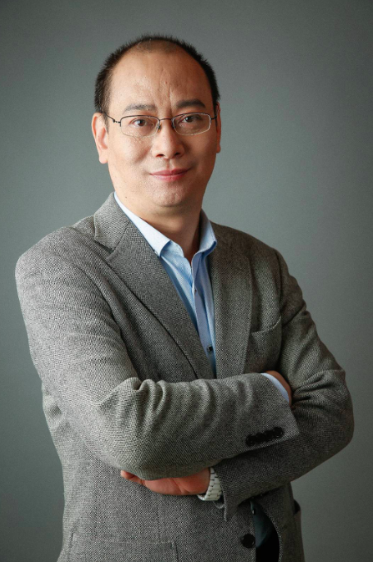 You have had extensive experience in providing therapy/counseling services to domestic violence (DV) victims. From a psychological perspective, how did the 2016 DV law alter the social climate regarding DV (i.e. DV victims treated differently, growth in the creation of new/more accessible services to DV victims, etc.)?

Based on recent psychological studies, Chinese female domestic victims often do not seek help due to Chinese culture’s heavy emphasis on gender and social harmony in marriages. They often choose to remain in marriages and are, quite frequently, sent back to dangerous homes where their mental and physical health are placed at risk. To what extent do you think this “cultural phenomenon” dictates DV victims’ approach to the situation? What are some other trends and variables that contribute to victims’ behaviors?

Generally speaking, since a lot of DV victims don’t have the resources and financial means to support themselves after divorce, most victims would rather stay in marriages for economic benefits. Therefore, the cultural variable is not the only factor that dictates domestic violence victims’ response, as their decision is largely dependent on practical factors related to their own situation and finances. Overall, the situation really varies depending on the individual’s case, and we cannot easily generalize these situations and results. It is the victim’s own rights to determine whether they wish to remain in marriages or not.

These factors have significantly hindered Chinese NGOs like White Ribbon and the judicial system in providing adequate service to DV survivors. Chinese response has been relatively limited: the China White Ribbon Volunteers Network (CWRVN) received 2,300 pledges online and at offline events as of October, whereas over 25,000 pledges have been signed in the U.K. Why do you think this disparity exists?

Even prior to its formal introduction in 2011, there has consistently been a great many events and movements related to the White Ribbon organization hosted in China. By founding White Ribbon China in 2011, I simply formalized such events and procedures into a continuous, systematic, and institutional effort. Currently, our organization has approximately 4,000 volunteers, so we can’t compare to England’s White Ribbon Organization. White Ribbon China is purely voluntary and communal; thus, our influence and scope of coverage or anti-domestic violence efforts are very limited. Domestic violence has yet to become a heavily discussed societal concern and topic in China, so efforts to combat domestic violence on a societal level have been limited.

Furthermore, White Ribbon does not have access to official support and resources from the legitimate and official White Ribbon communities abroad. I suppose this is why a great many people in mainland China are hesitant to join our organization, in addition to the Chinese public’s skewed understanding of domestic violence. As China is still a heavily gendered society dictated by patriarchy, the effort and cultural climate for men to end domestic violence abuse is lacking.

Although we merely have 4,000 volunteers, what matters is the quality and commitment of our volunteers’ work in curbing domestic violence in China. We still have a lot of jobs involved with educating the Chinese public on domestic violence victims’ rights and promotion of gender equality.

Based on what you just shared, what do you think contributes to the Chinese DV victims’ response? Do you think the Chinese government, along with other human rights NGOs, are doing a fair job of providing DV victims to affordable and accessible DV survivor resources?

The Chinese government, along with White Ribbon China, does provide therapy to domestic violence victims. White Ribbon China provides domestic violence consulting and education services based on differing geographical regions. We also trained 300+ consulting therapist volunteers in Xibei San Shen to provide accessible support for local DV victims. We plan on expanding in other parts of China this year. In general, we strive to provide local support for domestic violence victims based on geographical regions. However, the efforts have not solidified into a systematic support system. As of now, we have been providing this service for nine years counting; the services we provide are more scattered, but they are accessible.

Do you think there is any way for the new DV law proposal to include a provision for accessible therapy/counseling services to DV victims? If so, could you elaborate on how you envision this law reform proposal?