Mapping the Future of Entertainment 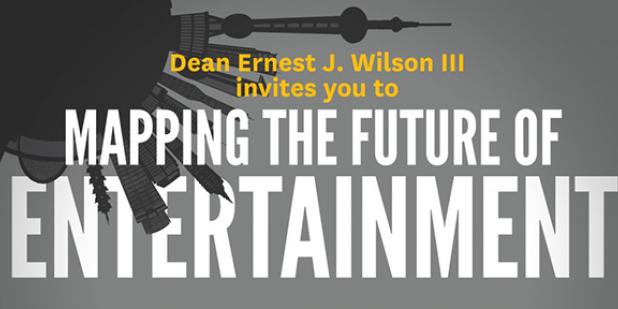 Professor Craig teaches in the Master of Communication Management (MCM) program.  His course topics and research interests include traditional and digital, global and national, professional and amateur, media and entertainment industries, production studies and culture, transmedia and cross-media production and management, and LGBT media, advocacy, and activism.    He has spoken on numerous panels including Transforming Hollywood 5, Silicon Beach LA, and E2: The Evolution of Entertainment Conference and appeared on numerous press and TV news outlets including Bloomberg TV.
Craig is currently working with renowned Australian media scholar Stuart Cunningham on a global, multiyear research initiative mapping the new screen ecology of the pro-amateur online entertainment industries.  The research examines the role of online video platforms and applications with social network affordances (YouTube, Facebook, Twitch, Vine, Instagram, Victorious) that feature content creators and fan communities around the globe creating unique content and value proposition that are now garnering millions from advertisers and IP exploitation.  Also included in the rise of next-gen media management organizations, including multi-channel networks, e.g, Fullscreen, Maker, and Machinima.
Professor Craig is also a multiple Emmy Award-nominated producer and former programming executives at A&E and Lifetime Television.  Over the past three decades, he has produced over 30 projects, including 100+ hours of television, that included films, television movies, mini-series, and drama series, web series, graphic novels, and stage productions. He is a producer-partner in Media Nation, a cross-media production company and has sold, developed, and produced multiple projects at Lifetime, ABC, CBS, History, and Sony/Crackle.  His IMDB link is David Craig - IMDb.
He holds a doctorate in Education from UCLA (2014) where he conducted a cultural history of the production and pedagogy of LGBT-themed, made-for-TV movies over the past four decades from That Certain Summer (1972) to The Normal Heart (2014).  His advisors/committee included Douglas Kellner, John Caldwell, and Leah Lievrouw.  In 2004, he earned his Masters in Cinema Studies from NYU.
Click here to watch a video of Professor Craig's presentation.
Jonathan Taplin, Annenberg Innovation Lab

Jonathan Taplin's areas of specialization are in International Communication Management and the field of digital media entertainment. He is director of the Annenberg Innovation Lab based at USC. Taplin began his entertainment career in 1969 as Tour Manager for Bob Dylan and The Band. In 1973 he produced Martin Scorsese's first feature film, Mean Streets, which was selected for the Cannes Film Festival. Between 1974 and 1996, Taplin produced 26 hours of television documentaries (including The Prize and Cadillac Desert for PBS) and 12 feature films including The Last Waltz, Until The End of the World, Under Fire and To Die For. His films were nominated for Oscar and Golden Globe awards and chosen for The Cannes Film Festival seven times.
In 1984 Taplin acted as the investment advisor to the Bass Brothers in their successful attempt to save Walt Disney Studios from a corporate raid. This experience brought him to Merrill Lynch, where he served as vice president of media mergers and acquisitions. In this role, he helped re-engineer the media landscape on transactions such as the leveraged buyout of Viacom. Taplin was a founder of Intertainer and has served as its Chairman and CEO since June 1996. Intertainer was the pioneer video-on-demand company for both cable and broadband Internet markets. Taplin holds two patents for video-on-demand technologies.
Taplin was appointed by California Governor Arnold Schwarzenegger in December 2006 to the California Broadband Taskforce.
Mr. Taplin graduated from Princeton University. He is a member of the Academy Of Motion Picture Arts and Sciences and sits on the advisory board of the Democracy Collaborative at the University of Maryland. To find out more about Jonathan Taplin, visit http://www-rcf.usc.edu/~jtaplin/.
Click here to watch a video of Professor Taplin's presentation.
Moderator:
Ernest J. Wilson III, Dean, USC Annenberg School

Ernest James Wilson III, Ph.D., is the Walter Annenberg Chair in Communication and Dean of the Annenberg School for Communication and Journalism at the University of Southern California. He serves on the boards of the Pacific Council on International Policy and the National Academies’ Computer Science and Telecommunications, and is a member of the American Academy of Arts and Sciences. He served on the board of the Corporation for Public Broadcasting from 2000 to 2010, the last year as chairman.
Dean Wilson’s experience at the intersection of communication and public policy spans the private and public sectors, serving on the senior staff of the White House National Security Council and on Capitol Hill. He has been an advisor to leading international agencies such as the World Bank, the International Finance Corporation, and the United Nations. He has authored and edited many books and journals, and led research centers and academic departments at institutions of higher education. His current research analyzes global needs for talent, which he terms ‘Third Space Talents’.
In China, Wilson was a plenary speaker at the second Boao Forum, and has testified on China-US relations before committees of the US Senate and China’s Peoples Political Consultative Conference, and addressed senior officials of the State Council. He co-chairs the US-China Bi-National Commission on Trust Building and has published on China in Asian Affairs and the Harvard International Review. He was recently named a Visiting Professor at Shanghai Jiao Tong University.
Dr. Wilson was a member of President Barak Obama’s Transition Team with responsibilities in public diplomacy, international communications, and technology policies. He holds degrees from Harvard College and Berkeley.