Lon Kurashige Discusses His Book "Two Faces of Exclusion: The Untold History of Anti-Asian Racism in the United States"

Lon Kurashige's new book argues that exclusion-era policies were more than just enactments of racism; they were also catalysts for U.S.-Asian cooperation and the basis for the twenty-first century's tightly integrated Pacific world. 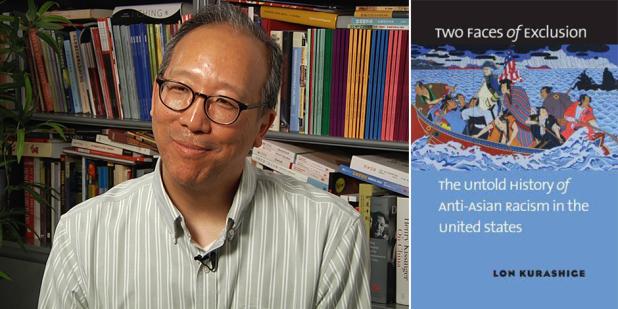 From the Chinese Exclusion Act of 1882 to the Immigration Act of 1924 to Japanese American internment during World War II, the United States has a long history of anti-Asian policies. But Lon Kurashige demonstrates that despite widespread racism, Asian exclusion was not the product of an ongoing national consensus; it was a subject of fierce debate. This book complicates the exclusion story by examining the organized and well-funded opposition to discrimination that involved some of the most powerful public figures in American politics, business, religion, and academia. In recovering this opposition, Kurashige explains the rise and fall of exclusionist policies through an unstable and protracted political rivalry that began in the 1850s with the coming of Asian immigrants, extended to the age of exclusion from the 1880s until the 1960s, and since then has shaped the memory of past discrimination.

In this first book-length analysis of both sides of the debate, Kurashige argues that exclusion-era policies were more than just enactments of racism; they were also catalysts for U.S.-Asian cooperation and the basis for the twenty-first century's tightly integrated Pacific world.

About the Author
Lon Kurashige is an associate professor of history and spatial sciences at the University of Southern California. He studies racial ideologies, politics of identity, emigration/immigration, historiography, cultural enactments, and social reproduction, particularly as they pertain to Asians in the United States.

He is the author of Two Faces of Exclusion: The Untold History of Anti-Asian Racism in the United States (Chapel Hill: University of North Carolina Press, 2016); Pacific America: Empires, Migrations, and Exchanges, co-edited with Madeline Hsu (Honolulu: University of Hawaii Press, 2016); Major Problems in Asian American History, 2nd edition, co-edited with Alice Yang (Cengage, 2016); and Japanese American Celebration and Conflict: A History of Ethnic Identity and Festival, 1934-1990 (2002), winner of the Association for Asian American Studies’ History Book Award.
A new college-level U.S. history textbook, Global Americans: A History of the United States, which he has co-authored with five other historians, is forthcoming in 2017 (Cengage).
Click here for the full list of book interviews.