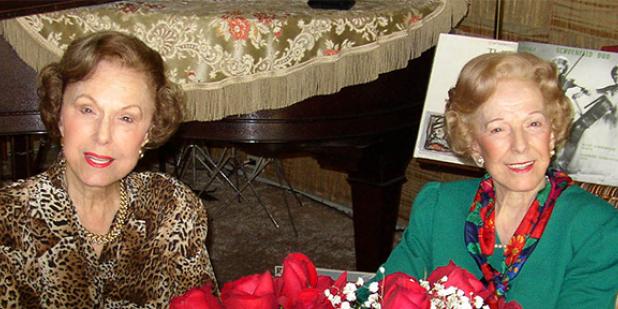 Eichenthal, the executive producer of KUSC and its sister station in San Francisco, Classical KDFC, is reporting the competition on the KUSC blog and will produce a radio feature for the Aug. 30 edition of Arts Alive.

The competition, being held Aug. 18-25, is designed to enhance global musical culture by recognizing and promoting highly gifted young musicians.

A legacy of music

Held for the first time in 2013 in Hong Kong, the annual competition was established to continue the legacy of the Schoenfeld sisters’ unparalleled string performances, attract top talent from around the world and honor the musical careers of the siblings.

As the Schoenfeld Duo, Alice and Eleonore Schoenfeld, playing violin and cello, respectively, were internationally renowned performers and for decades toured the world’s great music halls. Their performing careers continued during their long teaching careers at the USC Thornton School of Music. Eleonore died in 2007, and Alice continues to be a professor of violin instruction and performance at USC Thornton.

Suli Xue, a professor of violin at USC Thornton and member of the Los Angeles Philharmonic, is the artistic director and president of the Schoenfeld International String Society, which is organizing the competition.

“This is the first international string competition held in Mainland China that has been approved by the country’s National Culture Ministry,” he said. “We are very honored that the competition will be hosted by the Harbin Municipal Government.”

Located in the northeast part of China, Harbin is the capital and largest city of Heilongjiang province. In 2010, Harbin was named a “Music City” by the United Nations, the first city in Asia to garner the award. Although Harbin is a relatively young city, it was the first in China to come into contact with European classical music. Harbin was home to the first symphony orchestra and the first school of music education established in China in the early 20th century.

A thoroughly international event, the competition features a jury comprising renowned musicians from the United States, China, the United Kingdom, France, Russia, Norway and Canada. Distinguished guests in attendance include Hellmut Stern, former concertmaster of the Berlin Philharmonic and current artistic adviser to the Schoenfeld competition; Brenda Brenner, a pioneering American music educator and leader in the American String Teachers Association; and Robert A. Cutietta, dean of USC Thornton.

“Due to the overwhelming number of young string players in China, we do expect major participation in the competition — especially since it is hosted by the government,” Xue said. Cash prizes for the top violin and cello players are $30,000, and the total prize amount for competition winners exceeds $200,000 in cash awards and instruments.