June Teufel Dreyer discussed the first panel of the conference Through Tinted Lenses? How Chinese and Americans See Each Other, hosted by the USC U.S.-China Institute. 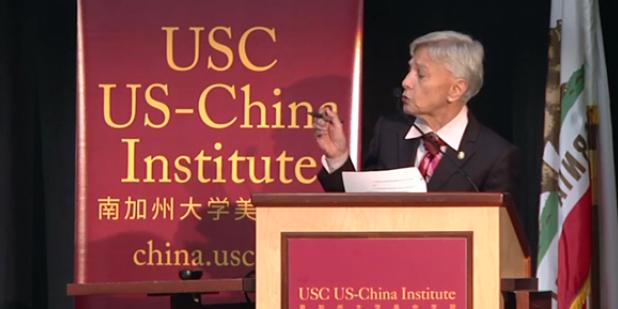 June Teufel Dreyer teaches political science at the University of Miami. She earned her doctorate at Harvard University. She is the author of China's Political System: Modernization and Tradition. Dreyer served for six years as a member of the U.S. -China Economic and Security Review Commission and has also been a member of the Chief of Naval Operations' Executive Panel. She has consulted on several influential documentaries and is a frequent writer and commentator on Chinese military affairs.